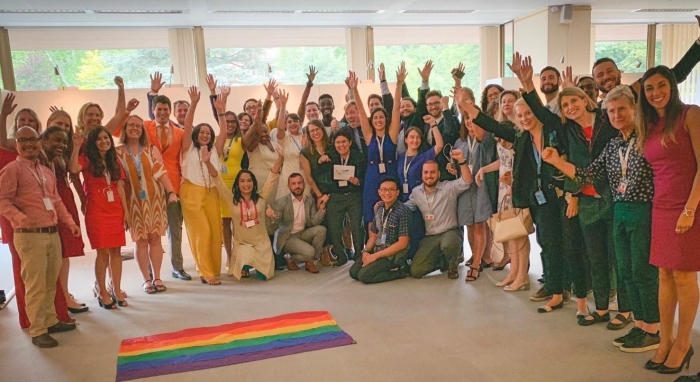 This is another historic victory, not only for communities of diverse sexual orientations and gender identities, but for humanity as a whole: In a defining vote, the United Nations Human Rights Council adopted a resolution to renew the mandate of the Independent Expert focusing on the protection against violence and discrimination on the basis of sexual orientation and gender identity. 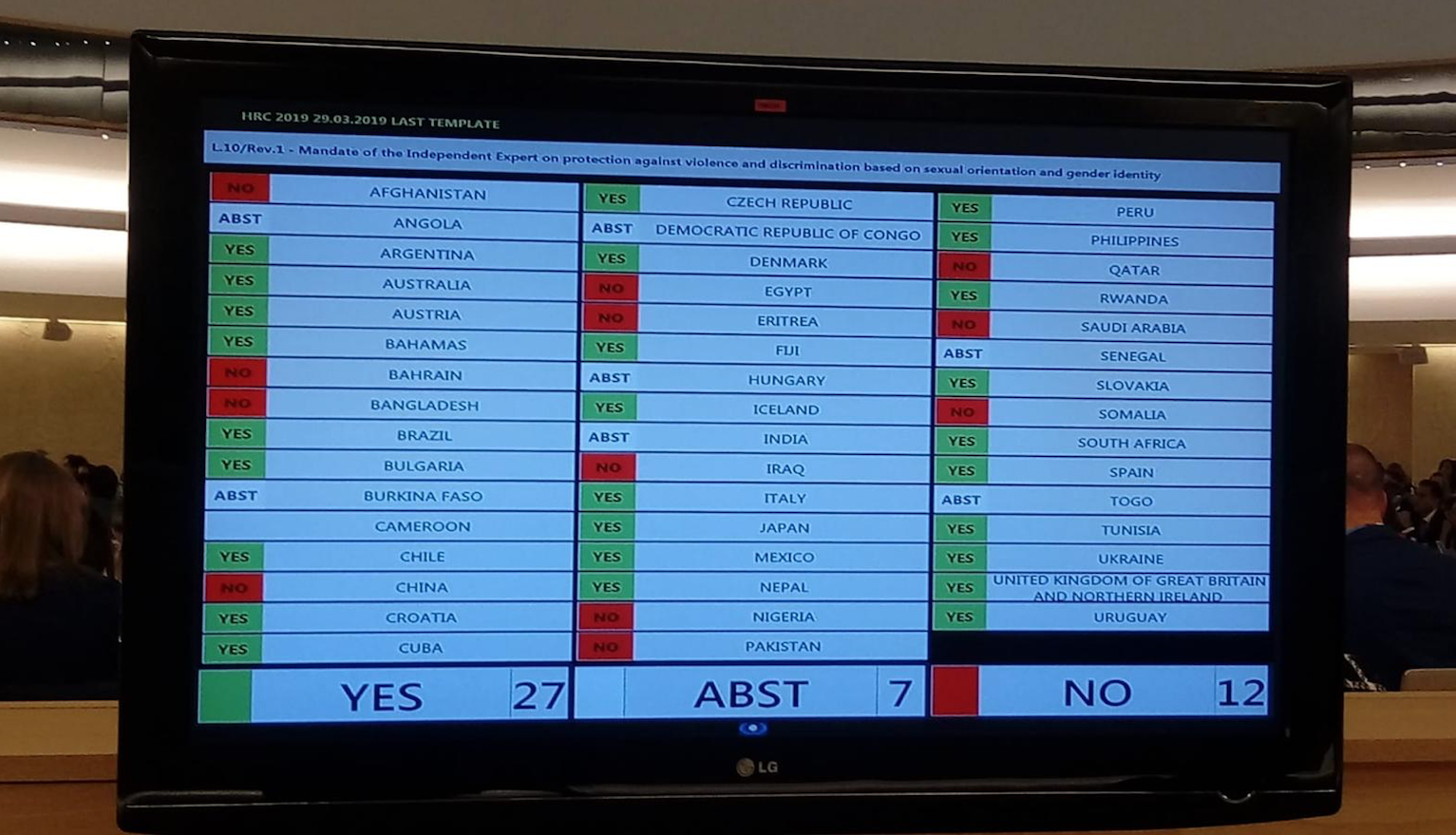 The resolution was adopted by a vote of 27 in favour, with 12 voting against and 7 abstentions.

The campaign calling on the Council to renew the mandate of the UN Independent Expert on SOGI was supported by 1,312 non-governmental organisations from 174 States and territories.

“This is another historic victory, not only for communities of diverse sexual orientations and gender identities, but for humanity as a whole”, said Paula Sebastiao of Arquivo de Identidade Angolano in Angola and Simran Shaikh, Asia coordinator of the Trans Respect v. Transphobia project, on behalf of 60 human rights groups worldwide. “ Following the call from a record number of organisations from every region imaginable, the UN Human Rights Council has reaffirmed its commitment to combat discrimination and violence on grounds of SOGI and has reminded all States of their obligations towards these communities.”

Created in 2016, the UN Independent Expert on SOGI has been supported by an ever-growing number of States from all regions of the world. The resolution to create and renew the mandate was presented by a Core Group of seven Latin American countries – Argentina, Brazil, Chile, Colombia, Costa Rica, Mexico, and Uruguay.

“The renewal of this mandate demonstrates how United Nations States’ support for tackling violence and discrimination against people of diverse sexual orientations and gender identities has grown tremendously,” said UN Trans Advocacy Week campaigners. “The Independent Expert is crucial in bringing international attention to specific violations and challenges faced by trans and gender-diverse persons in all regions.”

Although the renewal process had to overcome 10 hostile amendments, the core of the resolution in affirming the universal nature of international human rights law stands firm.

“The existence of a specific UN human rights mechanism looking at SOGI issues is crucial for our communities to be heard at the global level,” added Ryan Silverio of ASEAN SOGIE Caucus from the Philippines. “If the world is truly committed to leaving no one behind, it can’t shy away from addressing the violence and discrimination that we face. Laws criminalising our identities and actions are unjust and should no longer be tolerated”.

The UN Independent Expert on SOGI is tasked with assessing implementation of existing international human rights law, by talking to States, and working collaboratively with other UN and regional mechanisms to address violence and discrimination. Through the work of this mandate since 2016, the impact of criminalisation of same-sex relations and lack of legal gender recognition, the importance of data-collection specific to SOGI communities, and examples of good practices to prevent discrimination have been highlighted globally, with visits to Argentina, Georgia, Mozambique and Ukraine.

”A record number of organisations from every region imaginable has been calling for the renewal of the mandate of the Independent Expert,” said Tess McEvoy, Programme manager at ISHR. “His vital work will now continue and help make our societies more fair, equal and inclusive. We at ISHR are very proud to have been part of this process, along with several of our alumni,” continued Helen Nolan, Programme Manager at ISHR.

We hope that all governments cooperate fully with the UN Independent Expert on SOGI in this important work to bring about a world free from violence and discrimination for all people regardless of sexual orientation and gender identity.

“Our communities have witnessed both fundamental victories and alarming setbacks in recent years,” said Manisha Dhakal of Blue Diamond Society from Nepal, and ILGA Asia co-Chair. “Amidst this challenging political and social climate, the presence of an expert who can foster dialogue and assist States towards more inclusive policies is of fundamental importance.”