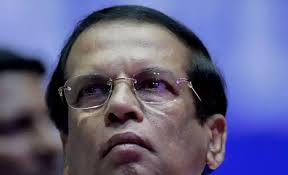 NEW DELHI (Reuters) – Sri Lankan President Maithripala Sirisena said on Friday that he had not decided on seeking another term in an election that is due by year-end.

“I am not in a hurry to decide whether to stand,” Sirisena told a news conference in New Delhi, a day after attending Indian Prime Minister Narendra Modi’s swearing-in ceremony.

Sirisena has faced criticism over his leadership after a string of deadly suicide bombings killed more than 250 people in the island nation on April 21.