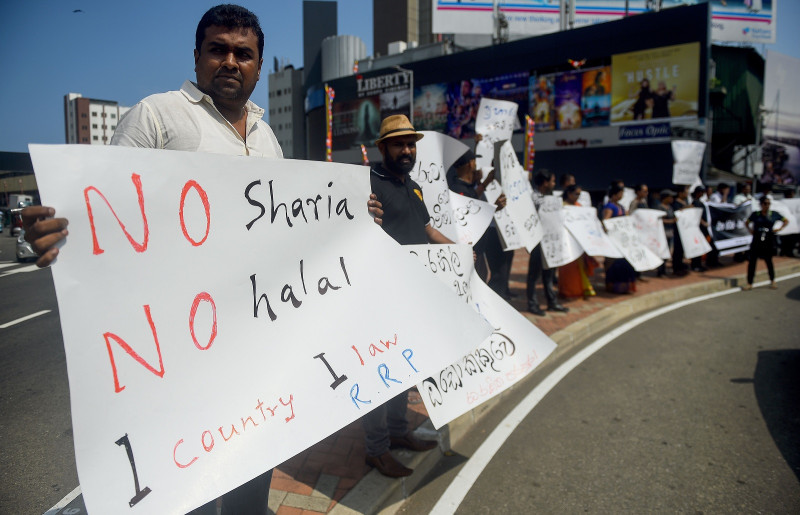 On May 8, when the 47-year-old Nazia Naseer (a pseudonym) went to her 5-year-old daughter’s school in Colombo to attend a parent-teacher meeting, she was stopped at the gate by other parents and teachers because of the way she was dressed. Naseer, like about 10 percent of Sri Lankans, is Muslim—a group now facing increased prejudice and violent attacks.

Following the bombings by an Islamic State-affiliated group that killed more than 250 people in the country’s capital last month, the Sri Lankan government banned the covering of face that “hinders the identification of individuals in a way that threatens national security.”

The measure was primarily, if not entirely, targeted at the garments worn by some Muslim women, namely the burqa (which covers the whole body) and the niqab (which covers the face, save for the eyes). In theory, the hijab, which covers the hair but leaves the face revealed, and the abaya, a cloak that resembles a loose dress, remain legal. In practice, government-sanctioned prejudice is already spreading—and could have dire consequences.The Sri Lanka Gazette, a public journal run by the government that is seen as an authoritative source, offered no clear visual definitions of what’s banned and what’s not, leading to confusion among the general public. However, Minister of Parliament Harsha de Silva later clarified on Twitter that the hijab was indeed legal.

Islamophobia isn’t new on the island. Part of it stems from the long civil war against the Tamil Tigers. Most Sri Lankan Muslims are ethnic Tamils and face both religious and ethnic discrimination—religious from fellow Tamils, who are mostly Hindu, and ethnic from the largely Buddhist Sinhalese.

As the war came to an end in 2009 and Buddhist nationalism was on the rise, extremists actively started heavily pushing anti-Muslim propaganda, at times in collusion with the government.

But after the Easter Sunday attacks, daily life is becoming far harder for ordinary Muslims. In post-attack riots, a mosque was destroyed, shops and homes of Muslims were set on fire, and a Muslim man was brutally beaten up by a mob, prompting a countrywide curfew.

Harassment of women, however, is becoming particularly intense. Naseer was wearing the hijab and abaya—which was enough for the other parents to physically block her. The deputy headmaster of the school, where only about 30 percent of students are Muslim or Hindu (the majority being Buddhist), accused her of potentially hiding a sword under her abaya.

She asked him to get a woman to frisk her, but he was adamant that she remove her hijab. When she refused, he accused her of being an Islamic State supporter and made a reference to her daughter’s status at the school that she took as a threat. The police initially refused to accept her complaint about the incident before an inspector stepped in—but more than 10 days later, she still hasn’t heard back from the police.

Naseer isn’t alone. Some supermarkets have been disallowing women wearing the headscarf from entering. Several other Muslim women have been targeted on the street for covering their heads.

The 32-year-old lawyer Inas Jinnah was approached by an unknown person on the street who told her to “take that filthy thing off your head [referring to her hijab], throw it, and get out of this country.” She says a nearby security officer did nothing while the incident was happening.