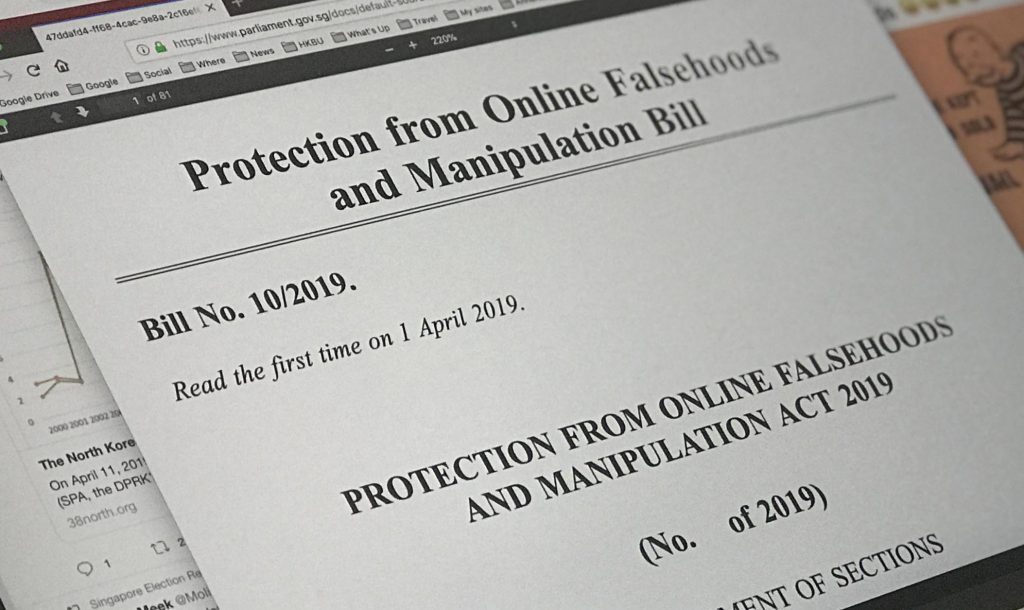 Speaking at a journalism training workshop in Matale on 23rd May Chairman of Sri Lanka Press Council (SLPC) Attorney-at-law Koggala Wellala Bandula  has said that to control social media in Sri Lanka a tough law on the lines of controversial The Protection From Online Falsehoods and Manipulation Bill adopted by Singapore is being proposed.  Koggala Wellala Bandula was appointed to the post by president Sirisena.

In his speech he has indirectly endorsed establishing such a mechanism.

PDF version of the Bill is here: protection-from-online-falsehoods-and-manipulation-bill10-2019

He has  acknowledged the futility in trying to block social media due to the availability of other means to access various sites and said that he did so during recent restrictions imposed on social media, reports The Island.

The report further says  that “having discussed the urgent need to counter fake news and the use of social media for destructive purposes, Bandula revealed that among various counter measures proposed was the introduction of a tough law on the lines of controversial The Protection From Online Falsehoods and Manipulation Bill adopted by Singapore recently. Bandula pointed out that the Singaporean law envisaged ten year jail term and Singapore Dollars 735,080 in fines for not obeying an order. Bandula said that the proposal was yet to be taken up for discussion.

“The law would provide the government power to demand corrections, order the removal of content, or block websites deemed to be propagating falsehoods contrary to the public interest.

“Bandula said that the government couldn’t ignore the need for regulatory mechanisms.

“The SLPC Chairman said that for want of efficient mechanism, those in authority missed the overseas extremist build-up in the run-up to the April 21 bombings. The attorney-at-law explained how a group of persons protested in Geneva accusing the majority community of harassing Muslims. Civil society activist Sunanda Deshapriya, too, conducted a similar project, in Geneva simultaneously, Bandula said, highlighting the failure to look into such protests.”