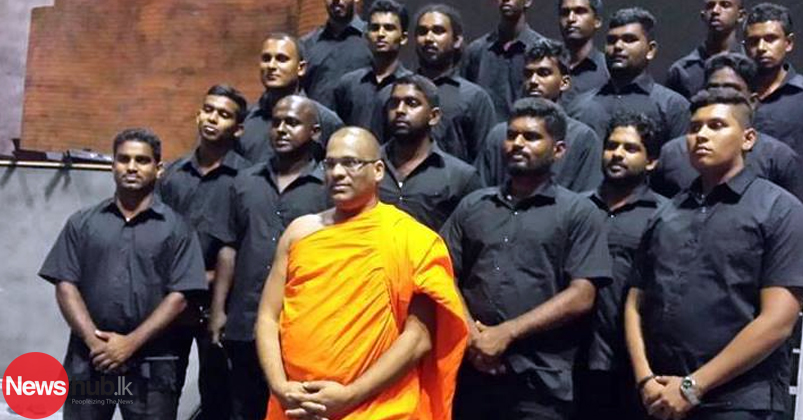 CPA Statement on the Presidential Pardon of Gnanasara Thero.

24th May 2019, Colombo, Sri Lanka – The Centre for Policy Alternatives (CPA) expresses its deep shock and concern over the Presidential pardon of Galagoda Aththe Gnanasara Thero, who was released from prison on 23rd May 2019. The pardon raises a number of pressing questions which the President and the government are obliged to answer.

Gnanasara Thero was convicted of four contempt of court charges by the Court of Appeal on 8th August 2018 and sentenced to 19 years of rigorous imprisonment to be completed within 6 years. The conviction and sentencing was premised on the Thero’s behaviour within court premises which was judged to have been beyond the respectful behaviour expected of ordinary citizens before the courts.

CPA stresses that presidential pardons exist to correct miscarriages of justice and are to be exercised with extreme caution and gravity. The pardon of Gnanasara Thero cannot be called a fit and proper exercise of that power by any metric. The trial, conviction and sentencing of the Thero raised no legitimate questions of any miscarriage of justice and there was ample opportunity for the Thero to fully exercise his right to a fair trial by appealing his conviction. Indeed this option was pursued by him at both the Court of Appeal and the Supreme Court which both duly dismissed the appeals. As such, the pardon itself amounts to an undue interference with the legal process.

The pardon raises a number of very serious concerns. First, it legitimises the view that it is possible to act with contempt for the judiciary, be punished through a legitimate judicial process, and then enjoy impunity through a pardon granted on political considerations. The pardon specifically signals that some categories of citizens, such as the Buddhist clergy, can expect to enjoy preferential treatment when it comes to obeying the law. It also sets a dangerous precedent whereby properly tried, convicted and sentenced persons can be released on the whims of the President and government.

Second, the pardon comes amidst the ongoing and extremely tense situation in the country. It has been a mere week since extremist Sinhala Buddhist mobs instigated anti-Muslim riots across North Western Sri Lanka, resulting in the death of one Muslim man and the damage to a large number of Muslim residences, businesses and places of worship. Gnanasara Thero has played a documented role in the past as Secretary of the Bodu Bala Sena in expressing hate speech and inciting violence towards minority communities, particularly Muslim Sri Lankans. The pardon, however indirectly, represents a worrying endorsement of such anti-minority sentiment, and can only heighten the anxiety and fear being felt by Muslim Sri Lankans today.

The responsibility for interfering with the rule of law and endorsing anti-minority sentiment in this manner lies not only with the President but the wider government as well. The Minister of Buddha Sasana Gamini Jayawickrama earlier endorsed requests by religious and political third parties to issue the pardon, and numerous members of the government have spoken out and acted in support of it. Accordingly, the government as a whole must justify, with stated reasons, why the grant of a pardon in this case will not be inconsistent with the Constitution, the rule of law, and the administration of justice in Sri Lanka and will not exacerbate inter-communal tensions. Anything less will directly undermine the legitimacy of Sri Lanka’s democracy.