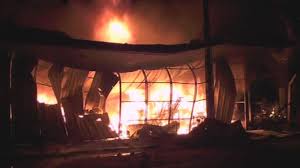 The Tamil National Alliance is deeply concerned by reports of mobs attacking Muslim homes, businesses and Mosques in several villages over the last two days. It is particularly concerning to hear of reports of such attacks taking place during curfew, with security forces not taking effective steps to stop the violence.

We strongly condemn such violence and call on the authorities to take swift and severe action against the perpetrators. If people do not think that the Government and the security forces are able or willing to protect them, they will be forced to defend themselves. We appeal to the Government: Do not let that happen. Do not let yet another community in Sri Lanka feel that in order to survive in this country, it must fight for itself. There can be no room for terrorism in this country – not for the terrorism that bombs churches, and not for the terrorism that attacks mosques.