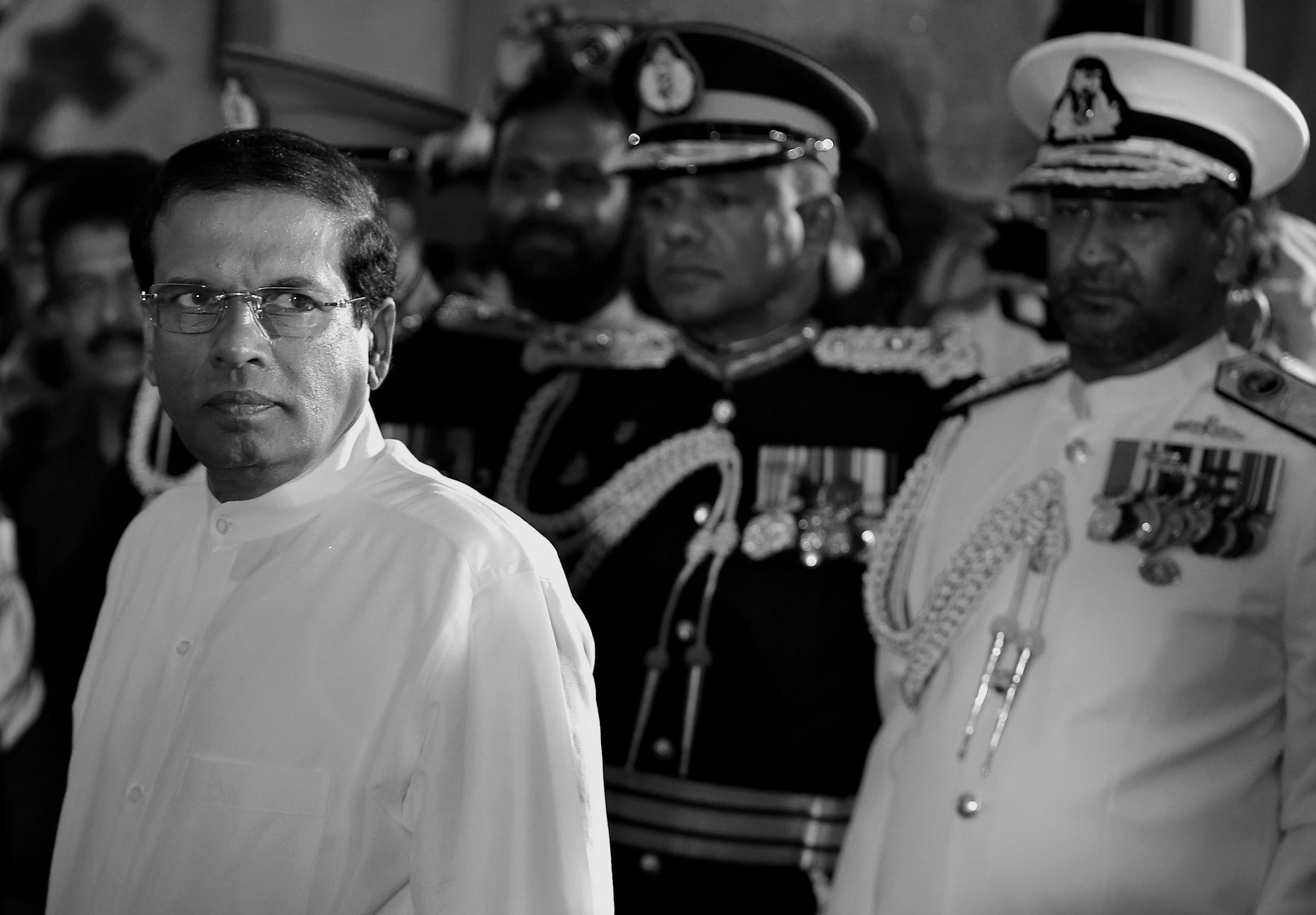 MoD received final warning on Saturday night, directed IGP to act.
SIS usually briefs President first: MoD officials.
IGP, Hemasiri testify before board of inquiry on security lapses.
President Sirisena has denied knowledge of the intelligence reports.
Questions are being raised about how much President Maithripala Sirisena knew about warnings provided by foreign intelligence agencies ahead of the Easter Sunday bombings that left at least 253 people dead and injured more than 450.

One of those briefings took place ahead of the New Year holidays on 11 April, the sources confirmed.

A second briefing by the SIS head took place about five days later the sources added.

The Ministry of Defence was given an eleventh hour report that an attack was imminent on the evening of 20 April, Daily FT learns. The 20 April report was once again relayed by foreign intelligence agencies and specifically from India.

When the last minute reports came in SDIG Nilantha Jayawardena urged Defence Ministry officials to warn the police about what the intelligence reports were saying. Daily FT learns that these warnings were then transmitted to the IGP, even though seemingly there were no measures taken to prevent the bombings. The IGP also failed to alert churches about the threats, even though the report specifically mentioned that they were targets.

The foreign intelligence reported that Zahran Hashim and a few others were planning suicide attacks or knife attacks targeting churches and the Indian High Commission.

According to a senior Defence Ministry official who did not wish to be named, intelligence chiefs and especially the SIS head usually brief the President as Commander-in-Chief and Minister of Defence before sending the reports to the administrators and other agencies at the Ministry.

However, top Defense officials including the Tri-forces personnel never got directives from the President about how to go about facing the high level warnings from the intelligence agency, which was being repeatedly warned in turn by Indian intelligence.

President Sirisena has denied knowledge of the intelligence reports and claimed he only saw the warnings when they were posted on social media soon after the explosions. He has accused former Defence Secretary Hemasiri Fernando and IGP Pujith Jayasundera of failing to brief him about the threat. “They shirked their responsibilities,” the President said, calling for their resignations. Fernando has resigned but IGP Jayasundera is yet to do so in spite of the President’s orders.

The MoD was first alerted to the foreign intelligence warning in writing on 8 April. The first meetings about the threats were held the next day. The same day the Ministry of Defence issued instructions to the Police Chief asking him to take necessary action on a priority basis.

However, a senior official at the Ministry claimed nobody in the security establishment imagined Sunday’s attack would be as serious and brutal and co-ordinated as it was. The failure to act was on multiple levels, the official added.

A Presidential board of inquiry is likely to interview several security sector officials about the lapses, the official said. The Daily FT learns that the IGP and the former Secretary of Defence Fernando have already given testimony before the board of inquiry.