HomeNewsSituation AnalysisThree surveillance technologies that protesters need to know about 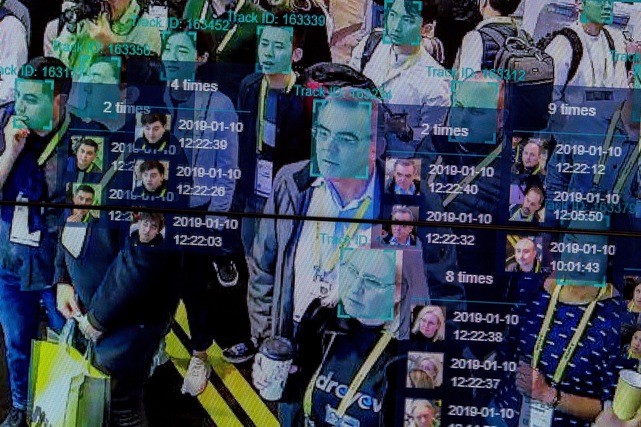 This statement was originally published on privacyinternational.org on 20 March 2019.

Planning and participating in peaceful protests against governments or non-state actors’ policies and practices requires the capacity of individuals to communicate confidentially without unlawful interference. From protests in support of LGBTI rights to protests against specific projects that undermine local communities’ wellbeing, these movements would not have been possible without the ability to exchange ideas and develop plans in private spaces.

Unlawful interference with someone’s privacy may have significant, negative impact on the capacity of individuals to exercise their right to peaceful assembly. Thanks to the availability of data and new technologies to process it, private companies and public authorities are increasingly collecting and analysing the personal information of individuals, which can be obtained from public spaces.

Today we are presenting a submission to the Human Rights Committee on a future General Comment on Article 21 of the International Covenant on Civil and Political Rights (ICCPR).

In this submission, Privacy International aims to provide the Committee with information on how surveillance technologies are affecting the right to peaceful assembly in new and often unregulated ways, focusing on three technologies and practices deployed by public authorities in monitoring assemblies that raise particular concerns: IMSI catchers, facial recognition, and Social Media Intelligence (SOCMINT).

In many places around the world, individuals carry mobile phones on their person wherever they go, including when they peacefully assemble. Governments have many ways of conducting surveillance of mobile phones. One means of capturing mobile phone data is through the use of a device known as an “International Mobile Subscriber Identity” catcher or “IMSI catcher.” IMSI catchers operate by impersonating mobile phone base stations and tricking mobile phones within their range to connect to them.

IMSI catchers are no longer, and have not been for a while, a law enforcement secret. They have been featured crime dramas like the Wire and in movies such as Zero Dark Thirty. For years, the German Parliament has publicly received the number of IMSI catcher operations undertaken by the intelligence service. Bangladeshi forces have been actively seeking mobile phone surveillance equipment known as ‘IMSI catchers’. Documents obtained by British and international media show that several police forces in the UK use them.

Once connected to an IMSI catcher, mobile phones reveal information that can identify their users and that process also permits the IMSI catcher to determine the location of the phones. Some IMSI catchers also have the capability to block or intercept data transmitted and received by mobile phones, including the content of calls, text messages and web sites visited. And they can send a message to mobile phones in the area as a way of intimidating users or manipulating them to disband or conduct some other activity. IMSI catchers often collect information in an indiscriminate way – the use of IMSI catchers directly interferes with the right to peacefully assemble.

Facial recognition technology uses cameras with software to match live footage of people in public with images on a ‘watch list’. It is often unclear who might be on a watch list or where the authorities obtain the images included in their watch list databases. The images in a watch list could come from a range of sources and do not just include images of people suspected of criminal wrongdoing. For example, the images may come from a custody images database, which contains pictures of people who have come into contact with the police, including thousands of innocent people. Images could also come from social media.

Facial recognition cameras are far more intrusive than regular CCTV. They scan distinct, specific facial features, such as face shape, to create a detailed biometric map – which means that being captured by these cameras is like being fingerprinted, without knowledge or consent.

Social media intelligence – often shortened to SOCMINT – refers to the monitoring and gathering of information posted on social media platforms. SOCMINT may include monitoring content posted to public or private groups or pages. It may also involve “scraping” – grabbing all the data from a social media platform, including content posted and other data (such as what one likes and shares). Through scraping and other tools, SOCMINT permits the collection and analysis of a large pool of social media data, which can be used to generate profiles and predictions about users.

In Thailand, there is increasing monitoring of social media and other internet-based communications services for the purpose of identifying political dissent, often for prosecutions under the overbroad crime of lèse majesté and related crimes. This degree of intrusion amounts to an unlawful interference with privacy and chills assembly and freedom of expression. In the United States, the Department of Homeland Security is seeking to expand the use of social media intelligence, including by recording social media handles. Similar practices have been reportedly adopted by Israeli, Egyptian and other governments.

SOCMINT techniques and technologies allow governments to do much more than collecting and retaining publicly available information. Their degree of intrusiveness not only constitutes an unlawful interference with the right to privacy, but it also directly undermines the exercise of freedom of peaceful assembly. The continuous surveillance of persons online, what they say or do, when, with whom, does not differ from physically following individuals around the city.

Read our graphic explainer on SOCMINT.