HomeNewsSituation AnalysisThe Sri Lanka bombings were a preview of the Islamic State’s future. 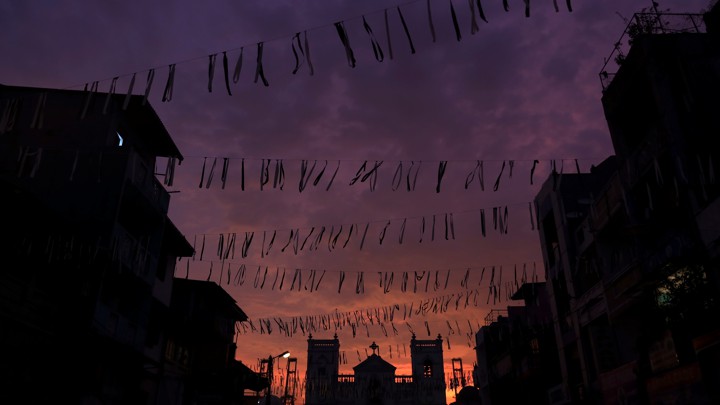 Two days after the bombings in Sri Lanka, the Islamic State came out and said it was behind them. It backed up its claim with video evidence that showed the attackers gathering in front of its flag to pledge allegiance to Abu Bakr al-Baghdadi, the group’s current leader. The attack had been coming for some time, and others like it are almost certainly being planned—and not just in Sri Lanka. That’s because terrorism has long been a crucial promotional tactic for ISIS. This won’t change just because the organization, which tried to build a proto-state on territory it held in Iraq and Syria, was militarily defeated earlier this year.

In the aftermath of an attack like the one in Sri Lanka last weekend, we need to ask what purpose it serves for those who claim responsibility. What’s in it for them? For ISIS, it’s quite clear: The strategic utility of terrorism has never been greater. That’s because, to navigate through its loss of land over these past few years, ISIS’s propaganda has been claiming that the group gave up on the material reality of its state long ago, having already achieved a “victory.” In this telling, its proto-state was a way to build a global platform that would ensure the movement’s future by mobilizing tens of thousands of supporters, imbuing them and their kin with its creed and its mission.

To be sure, dissenters in the organization were unconvinced of this claim, arguing that the loss of its lands, prompted by its oppression and extremism, had turned ISIS into a farce. Some have even urged a total revolt against al-Baghdadi, calling for ISIS members in Iraq, Syria, and elsewhere to rise up against him.

But these dissenters, many of whom have now fled to northwest Syria and Turkey, evidently have failed to convince ISIS’s true believers—those who buy into its propaganda hook, line, and sinker. They are the ones who really matter here, because it is they who stand to buoy the movement in the months and years to come.

For them, terror attacks such as the Sri Lanka bombings, an attempted operation in Saudi Arabia, and a border assault in the Democratic Republic of Congo last week are all evidence of ISIS’s greater victory. To the faithful, these events show that the group was as successful in expanding its reach and capabilities as its leaders claim it to have been. However, large-scale attacks are exceedingly difficult to pull off and are therefore unreliable as a way of signaling the group’s power. So ISIS has been cultivating another key “proof” of its continuing relevance: On its own organizational chart, it has been untethering its caliphate brand from Syria and Iraq.

This effort began in earnest last summer, when the group compressed its numerous wilayat (“provinces”) in Syria and Iraq into just two, wilayat al-sham and wilayat al-’iraq. It then applied the same treatment to its affiliates in Yemen and Libya. Farther-flung branches—for instance, in Somalia and Southeast Asia—were promoted to wilayat status too. This was not just some obscure lexical shift. ISIS was proactively reframing Syria and Iraq as just two of many parts of its overarching global caliphate, something that made it much easier to argue that the group would remain alive and well in the rest of the world, even if its proto-state lost all its land.

We’ve seen this strategy before. Back in 2004, the Islamic State’s predecessor, al-Qaeda in Iraq, or AQI, was militarily defeated in Fallujah—a city it had been occupying for six months alongside other insurgents. At the time, the group’s then leader, Abu Mus’ab al-Zarqawi, framed territorial defeat as a tactical setback in the short term, but a strategic victory in the long term. He asserted that Fallujah mattered most because of what the battle for the city said about AQI. It put AQI on the map, he claimed, showing it to be a viable force capable of fighting the “crusaders” head-on and globalizing its ideology. That, he said, was priceless. Sure, AQI was materially weakened, but that didn’t matter, because at the very same time it had been ideologically strengthened.

This is how ISIS is trying to get through its territorial tribulations now, and this is why we have to expect more activity from it, not less. It doesn’t really matter whether ISIS’s leaders actually believe what they are spouting. What matters is that ISIS’s true believers are buying into it. If they continue to do so, the group stands a good chance of surviving through this next, post-territorial phase of its existence.

The same message has been ringing loud and clear in its propaganda for a long time now: The proto-state in Syria and Iraq was great, but it has enabled something supposedly even greater. In Sri Lanka, we are looking at that “something even greater.”

In the coming months and years, ISIS’s core will go further underground as its units on the periphery strive to become more dangerous. The group’s thinking is that this will plug the gap left by the proto-state and give ISIS what it needs to sustain organizational and ideological inertia. It is critical that we take this into account.

It’s grim to say so, but we should expect more attempts at attacks like these more regularly for the foreseeable future. Sri Lanka was not a one-off. If anything, it was a test run.