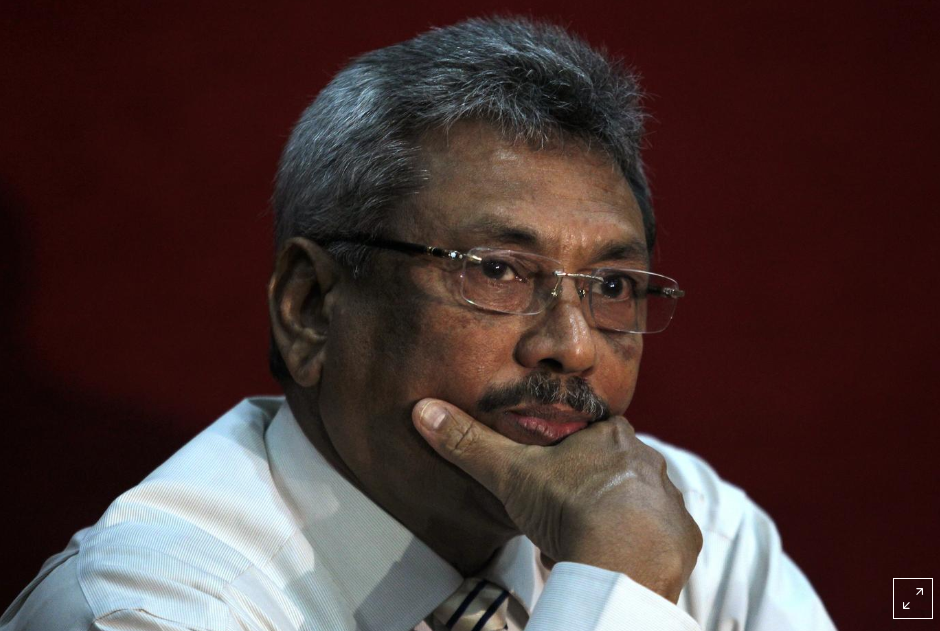 Image: Sri Lanka’s Secretary of Defense Gotabaya Rajapaksa listens during a news conference in Colombo January 24, 2013. The Sri Lankan military should be given more training opportunities by the United States, Rajapaksa said on Thursday according to local media. REUTERS/Dinuka Liyanawatte .

COLOMBO (Reuters) – Sri Lanka’s former defense secretary Gotabaya Rajapaksa, who oversaw the crushing of Tamil Tiger rebels under his brother Mahinda Rajapaksa’s rule a decade ago, is being sued in two cases in the United States for his alleged role in torture and murder, according to a lawyer and court documents.

Gotabaya, popular among many Sri Lankans for his role in winning a 26-year war that ended in 2009, has expressed in/terest in running for president in elections later this year.

Since the end of the war Gotabaya has been accused by rights groups of multiple crimes during the civil war, including extrajudicial killings. He has rejected the allegations.

Milinda Rajapaksha, Gotabaya’s spokesman, said the former defense secretary has yet to receive “any official document or notice” on the cases.

“We see this as pure political revenge, part of propaganda designed to tarnish his image by vested interests for their own political mileage,” Rajapaksha told Reuters, without elaborating.