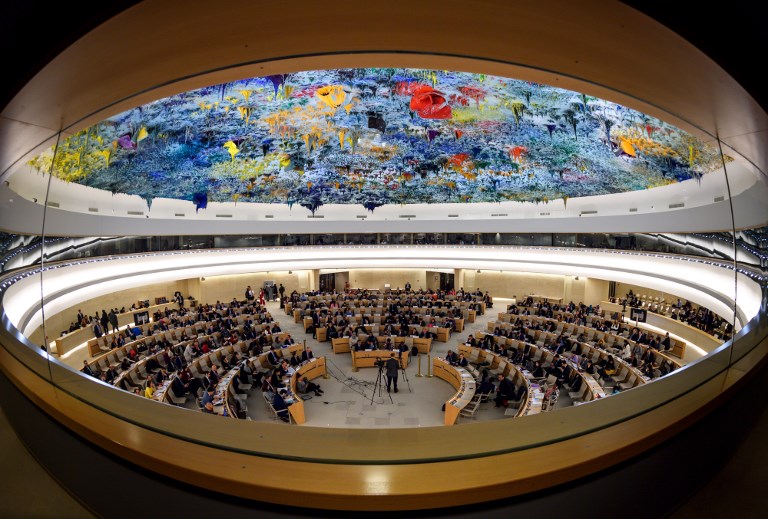 61. In 2015, by co-sponsoring Human Rights Council resolution 30/1, the Government of Sri Lanka recognized the need to address the past in order to build a brighter future, grounded in accountability, respect for human rights and the rule of law. The lack of decisive steps to that end, and of appropriate communication, has generated widespread frustration. The lack of accountability for past actions likely contributed to the return of violence against minorities in March 2018, and played a role in undermining the principles of democracy and the rule of law in October and November 2018.
62. The High Commissioner notes the constructive engagement of the Government of Sri Lanka with OHCHR and United Nations human rights mechanisms since January 2015. The Government has made progress in human rights issues and its engagement with civil society in some areas. Progress in its commitments to transitional justice has, however, been inconsistent and subject to considerable delay, partly because of the lack of a time-bound comprehensive strategy. Such important achievements as the establishment of the Office on Missing Persons and the Office for Reparations, and the national consultations have been neither adequately supported by the political leadership nor sufficiently linked to the accountability and truth-seeking components that should be at the core of the reconciliation and accountability agenda. The High Commissioner nonetheless praises the commitment of and efforts made by some officials, particularly in several ministries, the Secretariat for Coordinating Reconciliation Mechanisms, the Office on Missing Persons, the Office for National Unity and Reconciliation and the Human Rights Commission, who have relentlessly endeavoured to push the human rights and reconciliation agenda forward.
63. The importance of the separation of powers, the independence of the judiciary and other checks and balances in a democratic society was highlighted by a number of situations in 2018. The judiciary and independent commissions, including the Human Rights Commission, continue to play a vital role in strengthening reforms and cementing good governance in Sri Lanka.
64. The lack of progress shows that the situation of human rights in Sri Lanka should remain firmly on the agenda of the Human Rights Council. The High Commissioner therefore urges the Council to remain closely engaged with the Government of Sri Lanka and to continue to monitor developments in the country.
65. In particular, the High Commissioner highlights the recommendations below, and reiterates some already made in previous reports.

A. Government of Sri Lanka

66. The High Commissioner recommends that the Government of Sri Lanka:

(a) Implement the recommendations made in the report of the Consultation Task Force on Reconciliation Mechanisms to frame and guide all future transitional justice processes, and to continue engagement with the public in the design of such mechanisms;
(b) Prepare a comprehensive strategy on transitional justice, with a time-bound plan to implement the pending commitments made within the context of Human Rights Council resolution 30/1 and the recommendations made in the present and previous reports of the High Commissioner submitted to the Council;
(c) Invite OHCHR to establish a full-fledged country office to monitor the situation of human rights in Sri Lanka, to advise on the implementation of the recommendations made by the High Commissioner, the Human Rights Council and other human rights mechanisms, and to provide technical assistance;
(d) Invite the Special Rapporteur on truth, justice, reparations and guarantees of non-recurrence to continue the engagement under his mandate in the above-mentioned process; the Special Rapporteur on torture and other cruel, inhuman or degrading treatment or punishment to examine allegations of torture and related human rights violations; and the Special Representative of the Secretary-General on Sexual Violence in Conflict to visit Sri Lanka and to provide expert advice, including on relevant reforms.

67. With regard to institutional reforms, the High Commissioner recommends that the Government:
(a) Publicly issue unequivocal instructions to all branches of the military, intelligence and police forces that torture, sexual violence and other human rights violations are prohibited, and will be investigated and punished; and order all security forces to immediately end all forms of surveillance and harassment of and reprisals against human rights defenders, social actors and victims of human rights violations;
(b) Develop a full-fledged vetting process, respecting due process, in order to remove from office security personnel and other public officials involved in human rights violations; implement other reforms of the security sector to strengthen accountability and civilian oversight; and apply stringent screening procedures for units and individuals applying to serve in United Nations peace operations;
(c) Establish an independent mechanism to determine specific cases in which land must be allocated for military use owing to security reasons, and identify appropriate compensation or substitution for land owners or occupants;
A/HRC/40/23

( d)Support the Human Rights Commission, including by ensuring that it receives adequate resources to fulfil its mandate effectively, including review of and advice on draft legislation, and its role as national preventive mechanism;
(e) Support the independent commissions, fully respect their independence, and take into account their recommendations.

68. With regard to legislation and justice, the High Commissioner recommends that the Government:
(a) Accede to the additional protocols to the Geneva Conventions and to the Rome Statute of the International Criminal Court;
(b) Enact legislation to criminalize war crimes, crimes against humanity, genocide and enforced disappearances without statutes of limitation, and enact internationally recognized modes of criminal liability, in particular with regard to command or superior responsibility;
(c) Adopt legislation establishing a hybrid court to investigate allegations of violations and abuses of international human rights law and violations of international humanitarian law;
(d) Review the Assistance to and Protection of Victims of Crime and Witnesses Act with a view to incorporating safeguards for the independence and effectiveness of the victim and witness protection programme, in accordance with international standards;
(e) Strengthen the forensic capacity of the police and judiciary, and ensure that it is adequately resourced, including for DNA testing, forensic anthropology and archaeology;
(f) Replace the Prevention of Terrorism Act with legislation that adheres to the best international practices, seeking advice from the Human Rights Commission;
(g) Review all cases of detainees held under the Prevention of Terrorism Act with the aim of either releasing them or bringing them immediately to trial; establish a moratorium for the use of the Act for new arrests until it is replaced by legislation that adheres to international best practices; and review the cases of those convicted under the Act and are serving long sentences, particularly where convictions were based solely on confessions;
(h) Promptly investigate and prosecute all allegations of torture and other gross human rights violations, and give the highest priority to long-standing emblematic cases so as to regain public confidence in the justice system.

69. With regard to truth and the right to know, the High Commissioner recommends that the Government:

(a) Design, enact and operationalize a truth-seeking mechanism that has appropriate linkages to other transitional justice components, and provide it with sufficient resources and the technical means necessary to carry out its mandate;
(b) Provide the Office on Missing Persons with sufficient resources and technical means to effectively fulfil its mandate, including specific forensic capacity and clear coordination protocols with the judiciary; and take interim relief measures for families of disappeared persons, regardless of their right to comprehensive reparations.

70. With regard to reparations, the High Commissioner recommends that the Government:

(a) Continue to provide Sri Lanka with technical and financial support for the development of transitional justice mechanisms, provided that they meet international standards;
(b) Apply stringent vetting procedures to Sri Lankan police and military personnel in the selection of persons for peacekeeping operations, military exchanges and training programmes.

(a) Urge the Human Rights Council to continue its close engagement with the Government of Sri Lanka and to monitor developments in the country;
(b) Investigate and prosecute, wherever possible, in particular in accordance with universal jurisdiction principles, those allegedly responsible for such violations as torture, enforced disappearance, war crimes or crimes against humanity; and explore other options to advance accountability in the absence of credible domestic processes.
(c) Continue to accompany the people of Sri Lanka in their efforts to address past human rights violations by supporting the establishment of adequate systems of accountability, justice and reconciliation.

12 See www.un.org/News/dh/infocus/Sri_Lanka/POE_Report_Full.pdf.
13 Available from www.ohchr.org/en/hrbodies/hrc/regularsessions/session30/pages/listreports.aspx.
14 The riots in Kandy followed a smaller incident in Ampara, in February 2018, and incidents in 2017 in Gintota, Mount Lavinia and other locations reported in previous updates, and the Aluthgama riots of 2014. See A/HRC/37/23, paras. 46-47.
A/HRC/40/23