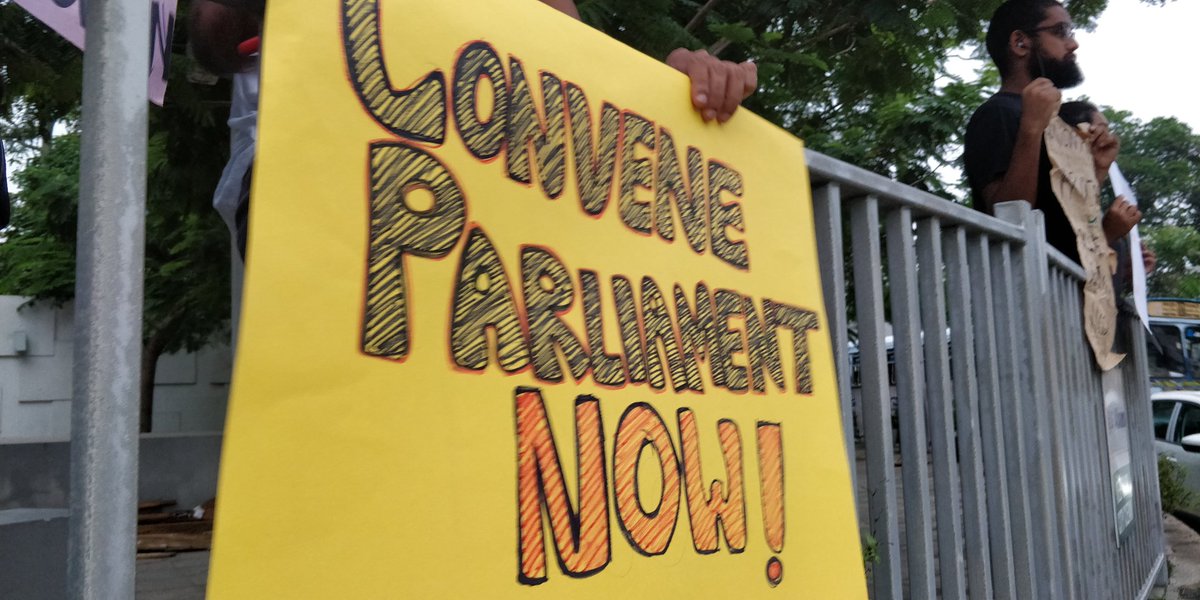 “President Sirisena must stand by his past commitments to deliver peace, justice and reconciliation to his people – all of which can only be achieved by strict adherence to and respect for the constitution.” – Hina Jilani

They called on President Sirisena to immediately allow Parliament to reconvene as a first step to resolve the country’s political and constitutional crisis.

The Elders urged all the country’s political leaders to act in strict accordance with the rule of law and show respect for human rights and democratic principles, refraining from any actions that could inflame political tensions and cause more violence.

“Sri Lanka is facing an unprecedented constitutional crisis which must be urgently resolved by peaceful and legal means. The country has suffered so much from years of conflict and human rights abuses, and cannot afford reckless political manoeuvres. I urge President Sirisena to act in the interest of all Sri Lankans by respecting democracy and constitutional norms.”

The Elders warned that further unconstitutional actions risked jeopardising the fragile reconciliation and redevelopment processes that Sri Lanka has undertaken following decades of civil war. Trust in state institutions could be seriously harmed if the constitution is violated by the head of state.

“In all its years of conflict and anguish, Sri Lanka has never experienced such a serious constitutional crisis. The country’s leaders must abide by its traditions of constitutional law and parliamentary democracy and govern with transparency, accountability and full respect for human rights.”

“This is a moment of acute concern for all who are committed to the rule of law and democracy. President Sirisena must stand by his past commitments to deliver peace, justice and reconciliation to his people – all of which can only be achieved by strict adherence to and respect for the constitution.”

For media inquiries, please contact William French, Head of Communications at The Elders (+44 7795 693 903) or email: media@theElders.org