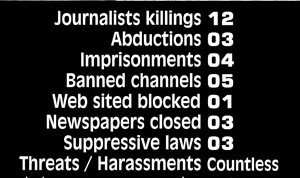 “We are concerned about the seeming interference by the authorities with investigations into key allegations of human rights violations including those on attacks against journalists and disappearances.

The authorities must ensure that ongoing criminal investigations into these cases are not impeded on any grounds whatsoever. Justice in these cases is long overdue.”

Nishantha Silva was investigating the assassination of Lasantha Wickrematunga, Editor of the Sunday Leader, and other attacks on journalists, including Keith Noyahr. Silva is also an investigator in a case before the Colombo Fort Magistrate involving the disappearances of 11 youth in 2008, where Navy officers are implicated.