HomeNewsSituation AnalysisAn open letter to the Chinese Ambassador In Sri Lanka: Let us settle this issue ourselves and take your bribe-money back. – Prof. Liyanage Amarakeerthi 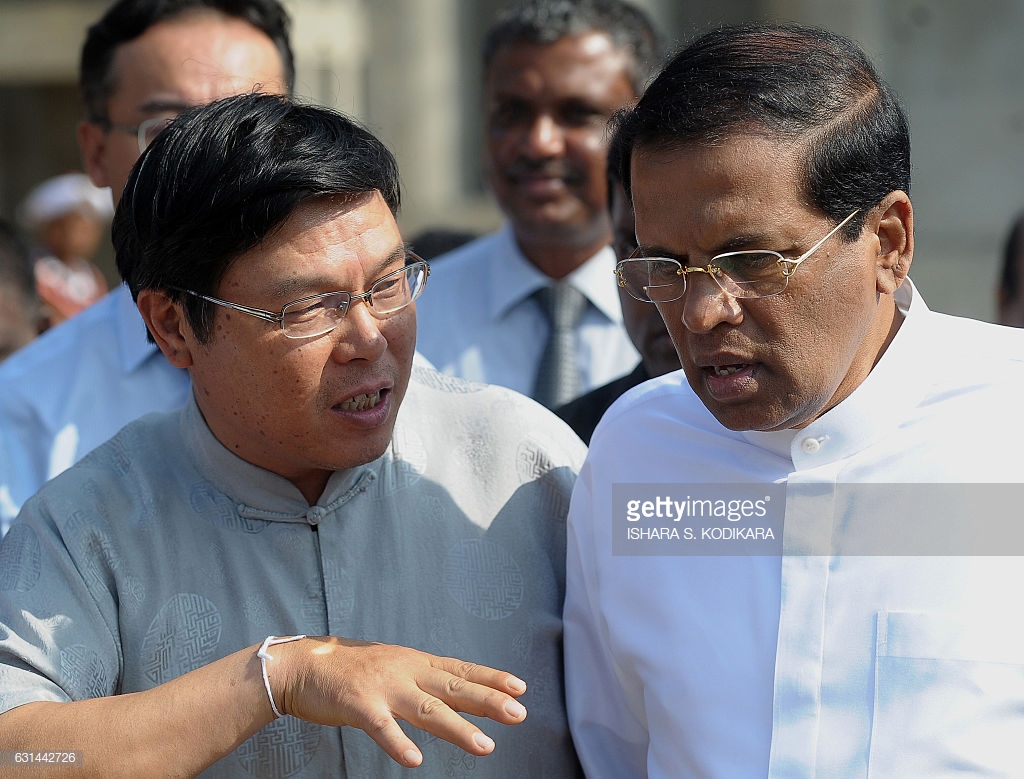 An Open Letter To The Chinese Ambassador In Sri Lanka.

I hope this finds you well. I hope very much that you are extremely happy about Sri Lankan political mess to whose making you have contributed as well. I am a Sri Lankan citizen, a university professor and an honest tax payer and, by extension, a committed contributor to the huge repayment installments of the loans we have taken from your country.

I have seen the Hambantota Harbour from where you are able to launch military-naval activities of the Indian Ocean. You know what? I am extremely grateful to you for holding India at bay – I mean quite literally at ‘the Bay of Bengal.’ I have also seen the Shangri-La Hotel by the Galle Face Green – an imposing building that belittles the statue of our beloved former Prime Minister SWRD Bandaranaike. Recently, our equally beloved former secretary of defense, Mr. Gotabaya Rajapaksa held one of his political meetings at Shangri-la. Our villagers praise you to the sky for letting him have that epoch-making meeting at Shangri-La. Since those villagers sing your praise in Sinhala you might not understand it. Here I am reporting the facts to you. You know what your Excellency- if you help our hero GR to come to power you are certainly opening a crucial niche in the market for another Chinese product: White Van. Make them reliable, and user-friendly at night. Slightly narrower with better ground clearance would be better so that those vans can traverse narrow and pot-holed streets on which normally under-paid journalists live.

Speaking of Shangri-La, your excellency, we did not bother about who owns that prime piece of land because you have come here to save us from the West and also from the North – the immediate north-India. India gave us Buddhism. But now, in order to protect that Buddhism, even from India, we need China. I know that you have brought us nothing but China. For example, even a little toy that my daughter plays with is from China. They are very good. For one thing, they break quickly so that my daughter does not have to play with a single set of toys for a long time. I go shopping in my own home town and buy some other toys which are also from China.

Apart from my daughter’s toys and the white vans I want you to export to us in future, I have another attachment to China. I am a big fan of Chinese literature. In my courses in comparative literature I often use Chinese literary works in Sinhala translations and Chinese literary theory in English translations. I do not read Chinese. But I am familiar with scholarly books by Stephen Owen, Earl Minor and others who have written wonderfully about Chinese literature and theory. I use some Chinese films in my classes, and To Raise the Red Lantern, Red shogun, and Farewell My Concubine are my all-time favorites. And there are many others that you might not particularly like because, as any good art work does, they are critical of the status quo of the society of their origin, i.e. the China you are ‘ambassadoring’ here.

So, your Excellency, you can see that I am more than qualified to write this letter to you. I am reporting a certain sentiment prevalent in my country these days. Following observations are not necessarily mine. Thus I have heard – to use a phrase found in canonical Buddhist texts:

Rumour has it that you are behind some of the political dealings taking place in our country today. You must have seen, if you have good Sinhala translators in the embassy, our beloved former minister SB Dissanayake trying to cut a deal with a parliamentarian on the opposite side. Did you see the number? I do not know how to write that number here. It is about RS 500 millions. How did they get that kind of money? India is known to be stingy even though she wants to be the regional super power. The US is an already an imperialist in her retirement- at least she pretends to be so. For many Sri Lankans you are the only source of political bribe-money circulated in my country today. People claim that that your Port-city, the other half of Hambantota harbour, a part of Colombo harbour, and other stuff, known and unknown, are at stake, and you are required to throw in a bit of cash. That much I have heard both in august assemblies and on the street.

Prompted by those rumours, here I am writing to you. In addition to being a university professor, I am working to build a truly democratic society that respects the rule of law. “Democracy” and “the rule of law” might not mean much in China. Over there, perhaps “rule by law” matters the most (That is also an argument heard everywhere in Sri Lanka.) But here, in my country, we have a long history of democracy- no matter how flawed that democracy is. If “democracy” sounds like something “crazy” to you, let me tell you this: some of us are working to build a socialist Sri Lanka. Does “socialist” sound familiar to you, your Excellency? Or is it already archaic in China? To achieve that (socialist Sri Lanka) I am working with a group of left parties. But if you throw in insane amount of Chinese money to our political scene, how can we practice principled politics? And you know very well that Embassies such as the US would not tolerate at least mildly socialist regimes. They are the ones who created the mass murders such as Pinochet’s nearly everywhere. Now, despite your socialist history and the legacy of great Mao Zedong, you are bringing corrupted despots to power or supporting them to stay in power.

Your Excellency, if your money is used in the political game played here today, would you mind taking it back and holding onto it at least until the parliament of Sri Lanka resolves the crisis? After that you can invest that money in our country and bribe your way into winning huge development projects as you usually do (another fact heard on our streets), after the power struggles are settled domestically.

Please let us settle this issue ourselves and take your bribe-money back. If you happen to know other embassies that throw money into this insane game please forward this letter to them as well.