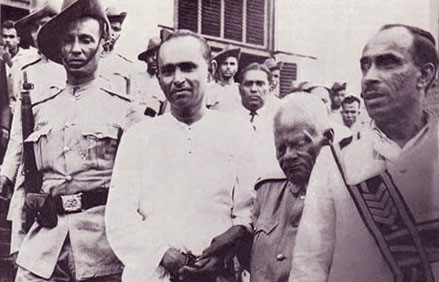 Sri Lanka Tuesday arrested a Buddhist monk who allegedly strangled a police officer investigating a paedophilia charge against him at a  temple in the Ratnapura district, officials said.

The 53-year-old unarmed police Sergeant was killed by the 37-year-old monk who resisted arrest at the Gallanda temple,  police spokesman Ruwan Gunasekera said adding that the monk was identified as Konwellay Dhammasara.

He had evaded court summons to answer allegations of child sexual abuse, an officer in the area said by telephone.

The lone officer walked into the temple, the monk pushed him to the ground and strangled him with his bare hands.

By the time the residents raised the alarm and police reinforcements rushed, the sergeant was already dead.

Senior police officers said it was first known case of a monk murdering a policeman in the country.