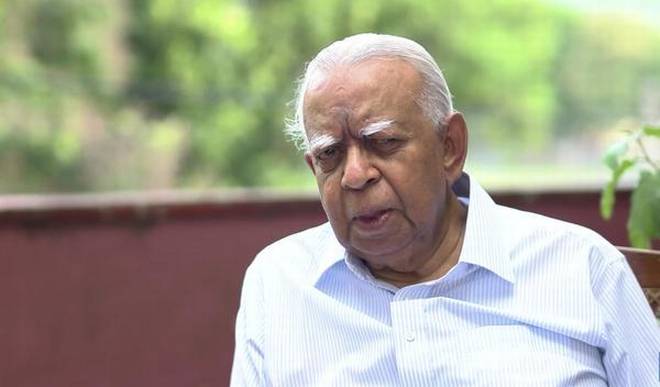 I am happy to second the Motion that has been moved by the Hon. M.A. Sumanthiran, Member of Parliament. He has dealt, Sir, primarily with the issue of the elections not being held and discussed various steps that have been taken thus far and also discussed what needs to be done to ensure that democracy is functional in the provinces and that elections are held without undue further delay.

That, no doubt Sir, is a very serious issue which also raises the question of whether Governments in this country are seriously committed to democracy functioning in regard to provincial governance.

There has been a long-standing demand in this country in regard to the sharing of powers of governance. This has been invoked for a long time. In fact, I might mention that the first person in this country who talked in terms of arrangements that would ensure a credible sharing of powers of governance was the late Hon. S.W.R.D. Bandaranaike when he returned to this country in the 1920s. He delivered several speeches and wrote several articles advocating a system of governance that would enable the sharing of power; that would enable regions or provinces to be able to exercise powers of governance. It has been almost a century since that happened. That happened in the 1920s. Almost a century will pass in a few more years since that happened and we have not been able to have in place a credible power-sharing arrangement, an effective power-sharing arrangement where we can also ensure that elections are held at the proper time.

I propose, Sir, to use the little time that is available to me to address the issue of not merely holding the Provincial Council Election which has been dealt with fairly comprehensively by the mover of the Motion, but I would also like to ensure that Provincial Councils are able to function effectively so as to serve the people in the Provinces in terms of the powers vested in the Provinces. That too is a very serious issue which needs to be addressed.

She came up with Proposals in 1995, 1997 and eventually there were Constitutional Proposals that were tabled in Parliament in 2000 August with the blessings of the present President, Mr. Maithripala Sirisena and the former President, Hon. Mahinda Rajapaksa, both of whom were Cabinet Ministers in the Cabinet of Madam Chandrika Bandaranaike Kumaratunga and they had approved the Proposals that came to Parliament in 2000 August.

Then, during President Mahinda Rajapaksa’s time, there was the All Party Representative Committee (APRC) appointed by him and the Multi Ethnic Experts Committee appointed by him and statements and speeches made by him which talked of maximum possible devolution, which talked of power-sharing arrangements that are available in the other countries which he wanted the experts to study as a basis for their Proposals. He wanted people to determine their destiny in the areas in which they lived and there was the Hon. (Prof.) Tissa Vitarana’s All Party Representative Committee – APRC – which came up with these Proposals. These are all, Sir, matters of record. I am mentioning these matters to show, Sir, that after the enactment of the Thirteenth Amendment, from the time of the enactment of Thirteenth Amendment until now, steps have been taken by every single President and every single Government to enact the new Constitution which contains proposals in regard to provincial governance that went far beyond the Thirteenth Amendment to the Constitution.

Hon. Sumanthiran, Sir, in the course of his speech, has referred to the steps that have been taken by the present Government: the Resolution adopted in 2016; the Constitutional Assembly being set up; the Steering Committee and the Subcommittees being set up; the work they have performed; the Reports they have submitted and the debates that have taken place on those Reports. We have done all this.

Sir, one might ask the question as to why all the steps taken by the former Governments of President Premadasa, President Chandrika Bandaranaike Kumaratunga and President Mahinda Rajapaksa were not successful. It could probably be said that those Governments were not in a position to muster a two-thirds majority. But, we are now in a position in this Parliament with an alliance within the two main Parties though some Members of the SLFP and the UPFA are presently in the Opposition. We know that their thinking on this question has always been progressive. I can see the Hon. A.D. Susil Premajayantha looking at me; I am aware personally that, for instance, his thinking on this issue has always been progressive. We may be in a position; we are in a position to muster a two-thirds majority which will enable the enactment of a new Constitution within the framework of an undivided and perpetually indivisible country that will put this problem to an end, that will bring this issue to an end. Give this country the freedom to move forward. That is why, Sir, I think it is fundamental that we also address the question of what needs to be done to ensure that the failures of the former Governments do not deter us under the new context in which we are.

There has been substantial consensus built around all the earlier proposals during President Premadasa’s time, during President Chandrika Bandaranaike Kumaratunga’s time and during President Mahinda Rajapaksa’s time. We are able now in the present Parliament as presently constituted to take this process forward.

Sir, our country has no future unless we have a new Constitution which would end the conflict that has arisen in this country as a result of the national question. In fact, in the last few days in Parliament, over a speech made by a State Minister, there has been a lot of agitation. Understandably, why is all this happening? All this is happening because there is no final resolution of the conflict and because we have not been able to frame a Constitution, which all of us can accept while every opportunity has existed to frame such a Constitution.

The late Hon. Bandaranaike, as I said Sir, in 1926 when he returned from Oxford, almost a century ago, suggested arrangements that could keep this country as a united, undivided country. That is what he wanted. He remained committed to that position, Sir, and he was the first Sinhalese leader who entered into a pact with a Tamil Leader, my Leader, the late Hon. S.J.V. Chelvanayakam in order to give this country regional autonomy. The late Hon. Bandaranaike was the first Sinhalese leader who did that. Nobody else was able to do that. Today, I see that the party that late Hon. Bandaranaike’s party, the Party which he founded, the Sri Lanka Freedom Party is sought to be dispensed with and there is coming into existence a new political party called the “Pohottuwa”, the Sri Lanka Podujana Peramuna which is said to be comprising of – I am not saying, “comprising of” I am saying, “said to be comprising of” – even some senior members of the SLFP. I want to raise a question in Parliament and raise it before the whole country as to how it can ever be possible for anyone to dispense with the Party founded by the late Hon. S.W.R.D. Bandaranaike in the 50s’ when he resigned from the then UNP Government and crossed over to the Opposition. It was a Party which he led, a Party through which he governed, a Party through which several of his successors governed in this country, how that Party can be abandoned in favour of the new party that came into existence just a couple of months ago?

What I think, Sir, is that Provincial Council Elections must be held. They are important, they cannot be delayed and they must be held early. But, before the Provincial Council Elections are held, to make provincial autonomy meaningful, something that will effectively give power to people at the provincial level, the new Constitution that we are proposing must be enacted addressing primarily the three main issues referred to by the Mover of the this Adjournment Motion, the national question, provincial Governance, provincial or regional autonomy, executive presidency and the new electoral reform process.

So, my submission would be, Sir, that while I am in total agreement with this Motion, that democracy must be restored in the provinces and there must be early provincial council elections and this tendency to give stepmotherly treatment to provinces is unacceptable. I would also urge that the only way in which that can be ensured is by introducing the new Constitution that gives the provinces substantial power and ensures that elections are held in due time and that the people in the provinces as the beneficiaries of such power are able to govern themselves in the areas in which they live.