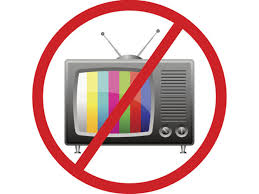 A three-member Bench, presided by Chief Justice Priyasath Dep turned down a Leave to Proceed application, submitted to the Supreme Court by the Telecommunication Regulatory Commission of Sri Lanka (TRCSL), objecting the establishment of a Digital Television Broadcasting Network by the Television and Radio Network (TRN).

The television broadcasting station TRN, which operated the popular TV Lanka channel in Sri Lanka and worldwide since 2000 was closed down by the CID and TRCSL officers in May 2012, alleging that TRN operated a digital broadcasting network without TRCSL authorization.

At the time of the forcible shutdown of TRN’s TV station by the CID and TRCSL – which damaged equipment in the process – TRN had set up an advanced version of DVB-T2-based digital broadcasting technology and a H.264/H.265/HEVC encoding technology-based digital television broadcasting station. TRN had the capacity to broadcast 200 TV channels with DVB-T2/H.265/HEVC technology in this network, which was the first such operation in the whole of Asia.

When the matter was taken up at the Colombo Magistrate Court in June 2012, the Magistrate Nishantha Peiris ordered the CID to restore the television broadcasting station immediately to its original state, refusing TRCSL’s plea to continue the shutdown.

As the TRCSL was determined to closedown TRN’s operation, the frequencies assigned to TRN were cancelled by TRCSL in December 2012. The request for extension of the frequency license for 2013 was also refused by TRCSL.

TRN appealed against the purported action of TRCSL to the Court of Appeal, stating that the action of TRCSL was ultra vires, as TRN had the necessary Licence to carry out Digital Pay Television transmission in Sri Lanka. After a lengthy hearing, the two-member bench presided by the President of the Court of Appeal, Justice Vijith Kumara Malalgoda PC, allowed the appeal in favour of TRN, disregarding the objections of TRCSL.

TRCSL submitted an application for Leave to Appeal to the Supreme Court for the Order of the Court of Appeal to be set aside, under Case No SC (SPL) LA Application no 11/2017. However, this application was refused by the three-judge Supreme Court Bench presided by Chief Justice Priyasath Dep on 4 April 2018.

“The Supreme Court and Appeal Court’s landmark decisions in this regard should be eye-openers for the present Government, which is being forced to implement a highly outdated digital television broadcasting system provided by the Government of Japan, at a cost of US$ 135 million (Rs 21,000 million) obtained via loan, to provide 12 standard definition (SD) digital TV channels, while TRN, a Sri Lankan television technology company, was set to do it free of charge – with 200 digital television channels with far more advanced technology”, critics of the enforced closure of the TV station said.

When contacted, TRN Managing Director/TV Lanka Owner, B A C Abeywardana said if not for TRCSL’s actions, TRN would have provided digital television services to the entire country of more than six million homes by now, dedicating over 75 TV channels to assist the education of rural Sri Lanka out of the 200, it planned to provide.

Abeywardana said the Government should look inward to find talent – which is in abundance – instead of looking for the assistance of foreign countries, riddling the country with debt.

Counsel Manoj Bandara, assisted by Lakshana Perera of Sudath Perera Associates, represented TRN at the Court of Appeal, while Ali Sabry, PC appeared for TRCSL, who opted for the private bar instead of the Attorney General. That was in December 2016.