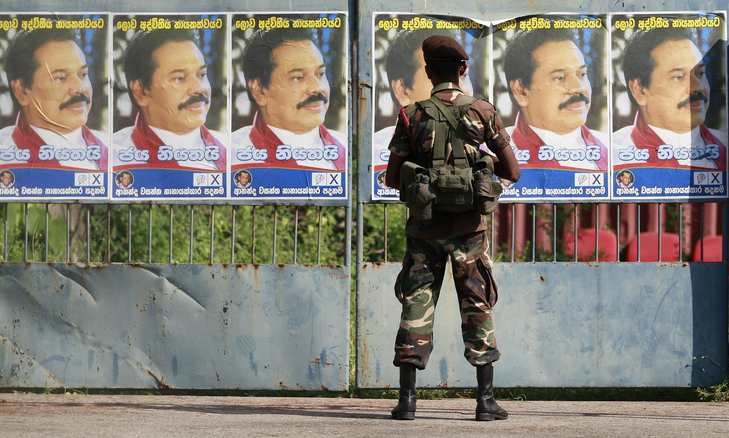 Bandula Gunawardena, chairperson of Mr. Rajapaksa’s ‘Joint Opposition’, told reporters on Tuesday that Mr. Rajapaksa has conveyed this to Janatha Vimukthi Peramuna leader Anura Kumara Dissanayake, who has given the proposal to abolish the executive presidency.

“But Parliament must be dissolved to hold a general election on the same day the constitutional change is approved,” Mr. Gunawardena said.

The JVP was to move a constitutional amendment to abolish the executive presidency, in existence since 1978. However, a decision last week by President Maithripala Sirisena to suspend Parliament’s current session has upset the plan. It has to be brought now in the next session of Parliament beginning on May 8.

With the unexpected win of a new party backed by Mr. Rajapaksa in the local council elections held February, he has pushed for an early parliamentary poll ahead of its 2020 August schedule. However, the next election due is the presidential election which must be held by January of 2020.