HomeNewsIn Afghanistan, at least 10 journalists killed in one day in bombings and shooting 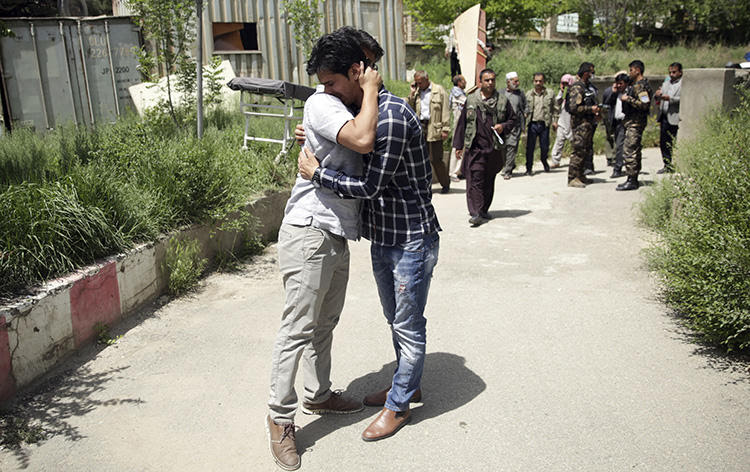 Image: Journalists mourn for their colleagues who were killed in a suicide bombing in Kabul on April 30, 2018 that killed at least nine members of the press. (AP/Massoud Hossaini)

New York, April 30, 2018–The Committee to Protect Journalists today condemned multiple attacks in Afghanistan that killed at least 10 journalists in one of the deadliest days CPJ has recorded for the country’s press.

At least nine journalists were among at least 25 people killed in a double suicide bomb attack carried out in the capital by the militant group Islamic State, according to media reports. A spokesperson for Kabul police said that about 30 minutes after the first attack, a bomber disguised as a member of the media set off his explosives among a group of journalists who had arrived to cover the earlier blast, Agence France-Presse reported.

“Today marks one of the deadliest days on record for the media in Afghanistan and indeed around the world,” said CPJ Asia Program Coordinator Steven Butler in Washington, D.C. “We salute the incredible bravery of these journalists, while noting the cynicism and cruelty of a suicide bomber pretending to be a media worker to target the press.” 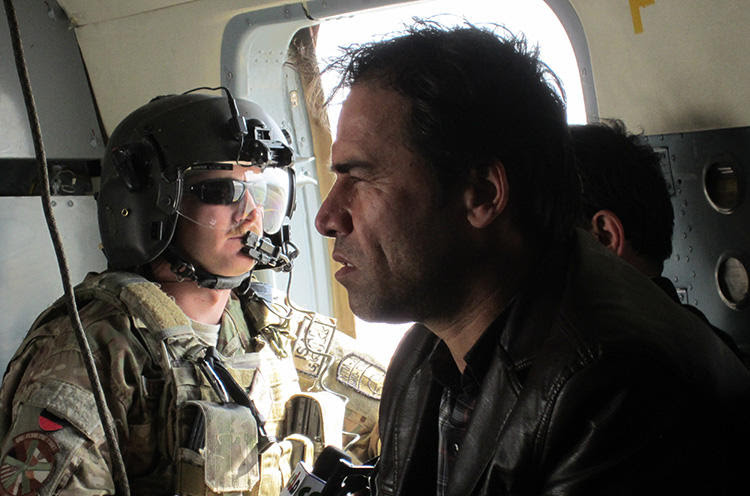 AFP chief photographer Shah Marai, pictured while on assignment in 2013, is one of at least nine journalists killed in a suicide bombing in Kabul on April 30. (AFP/Ben Sheppard)

Afghanistan’s president, Ashraf Ghani, condemned the bombings, which took place in Kabul’s Shash Darak neighborhood where the NATO headquarters, foreign embassies, and the Afghan intelligence service are based, according to The Associated Press. The extremist group Islamic State issued an online statement that claimed responsibility for the attacks, which injured at least 45 people, according to AP.

No one immediately claimed responsibility for the separate attack on BBC Pashto reporter Ahmad Shah, though the Taliban said it was not behind the shooting, according to TOLO News. Shah, 29, had worked with BBC for more than a year. BBC World News Service Director Jamie Angus released a statement on Twitterpaying tribute to Shah, but did not provide further details of the circumstances of his death.

Before today’s attacks, at least 35 journalists were killed in direct relation to their work in Afghanistan since 1992, according to CPJ research. An additional eight media workers have been killed since 2003, when CPJ began formally tracking the deaths of translators, drivers, security guards, and others who play a vital role in newsgathering.