HomeNewsSri Lanka: A Buddhist Monastery prevents non-Buddhists from cooking meals for Monks as they cause “Infertility” 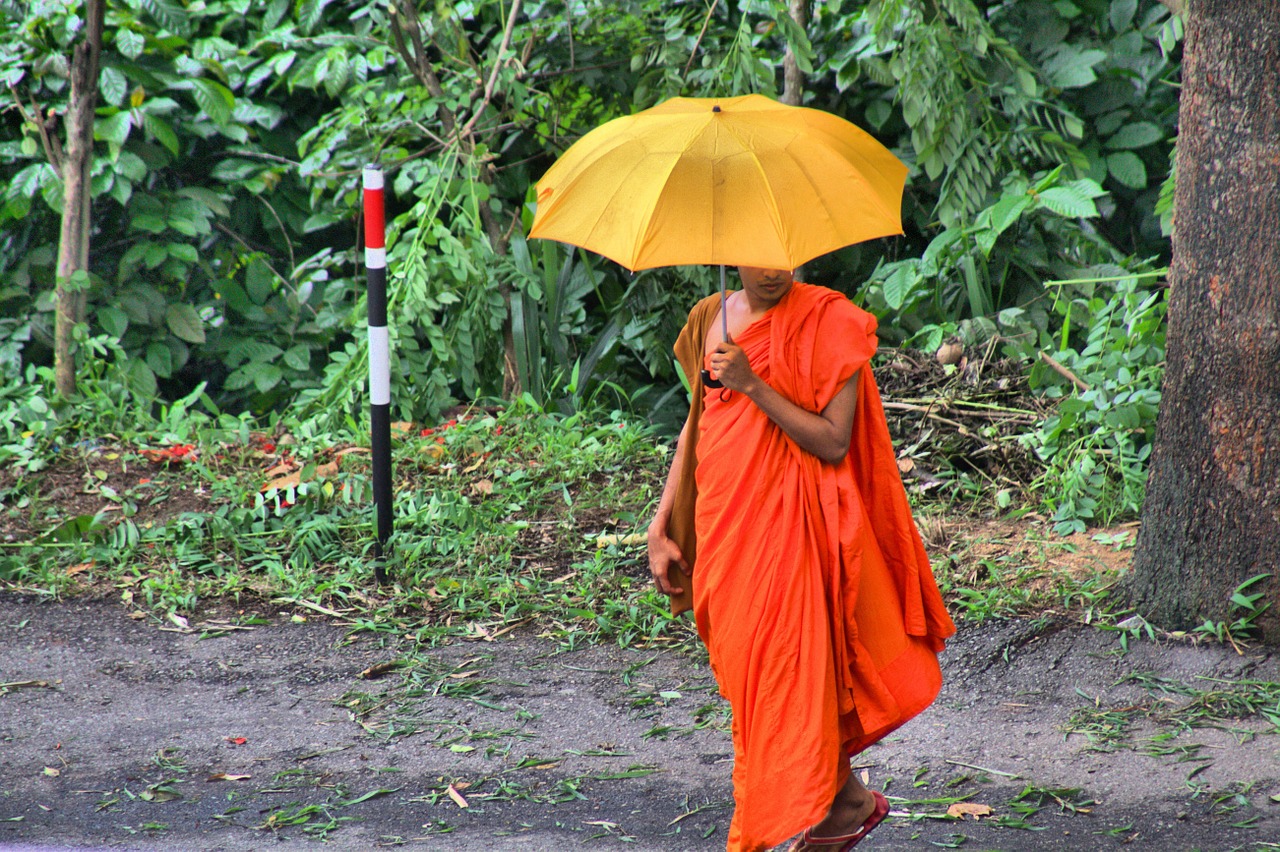 Mahamewna Buddhist Monastery has issued a statement to its devotees urging not to allow people from other religious and racial communities to cook meals for Buddhist monks.

The official Facebook page of the monastery has confirmed that it has issued such a statement. purely as an internal document. 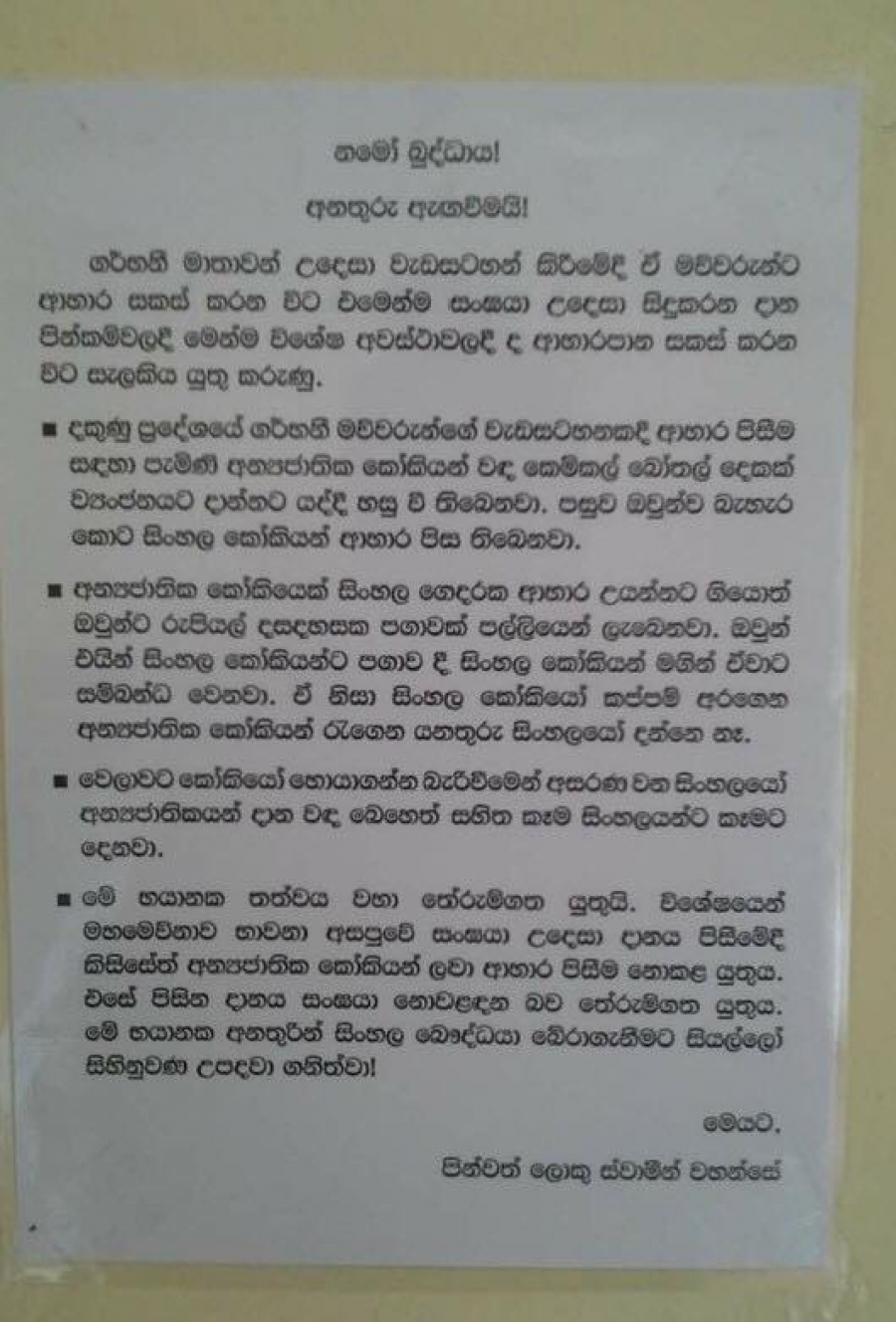 The notice singed by Chief monk of Mahamevna Temple

The reason for the statement is the fear that they may add ‘chemicals’ to the food that will make the Buddhist monks “infertile”.

The statement has urged the devotees of the Mahamewna Monastery to get only Buddhists to cook meals for Buddhist monks.

The statement has come under fire from the social media circles as it strongly contravenes the Basic tenets of Buddhist.

At the same time, multiple medical researches and research teams have confirmed that they are no tablets or external chemicals that make people infertile through consumption.

Furthermore, infertility is not an issue for Buddhist monks as they are not supposed to get involved in the process of giving birth to offspring.

Tags: Anti-Muslim riots, Muslim community, Racism, Sinhala Buddhism, Sri Lanka
Previous post US concerns on recent HR violations and abuses by members of the security services in Sri Lanka
Next article Joint statement at HRC 37: "We are disappointed on slow pace of the implementing UNHRC resolutions of by Sri Lanka"