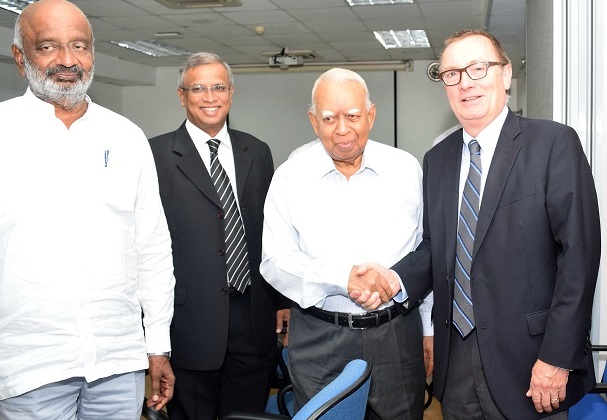 On March 11, United Nations Under-Secretary-General for Political Affairs Jeffrey Feltman concluded a three-day visit to Sri Lanka. His trip was planned as part of the ongoing strong engagement between the Government and people of Sri Lanka and the United Nations.

Noting the recent appointment of Commissioners, Under-Secretary-General Feltman expressed hope that the Office of Missing Persons will soon be fully operational to help answer questions that haunt too many families from all across Sri Lanka about their missing loved ones. He also commended the Parliament’s recent adoption of the Bill for the Protection Against Enforced Disappearances as an important element of the Sri Lankan government’s commitment to its citizens. 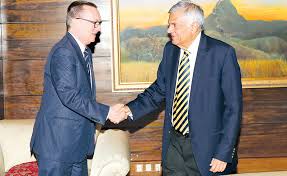 He underscored the importance of accelerating momentum on other initiatives, including regarding the constitution, truth and reconciliation, reparations, and counter-terrorism, in line with the Government’s promise to strengthen the country’s democratic principles and practices. He expressed concern that many elements of the Government’s visionary 2015 program seem stalled, despite their importance to sustainable peace, security and prosperity in Sri Lanka, and he appreciated the reassurances from Government leaders of their intention to move forward. He encouraged the Government to communicate their actions and timelines for reforms to the Sri Lankan people.

Regarding the recent communal violence, the Under-Secretary-General condemned the breakdown in law and order and the attacks against Muslims and their property. On behalf of the United Nations, he offered condolences to those affected. In that context, he met with Muslim political and civil society leaders to express concern and show solidarity. He urged swift and full implementation of the Government’s commitment to bring the perpetrators of the violence and hate speech to justice, to take measures to prevent recurrence, and to enforce non-discriminatory rule of law.