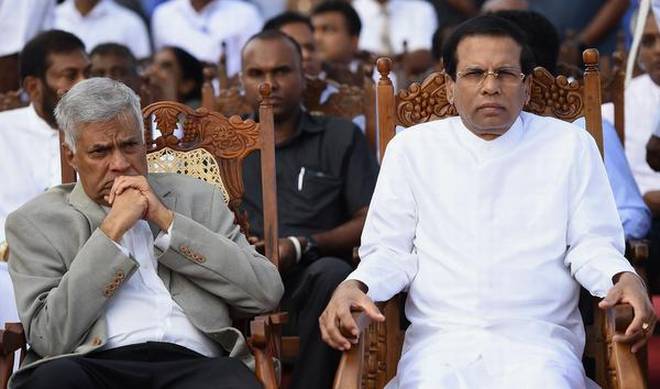 Local government elections this month will have a bearing on the coalition government in Colombo.

Sri Lanka’s local government elections, scheduled to be held on February 10, have elicited the interest of a national election, and with good reason.

This is the first time the country will go to the polls in about three years since the President Maithripala Sirisena–Prime Minister Ranil Wickremesinghe combine rose to power promising “good governance”, giving voters a chance to say what they think of the performance of the government they elected to office.

Inevitably, the outcome will impact the future course of the government in the remaining two years of its term, with much of the work on the promised constitutional reform and post-war reconciliation remaining only on paper. Going by the mudslinging on the campaign trail, it is clear that the elections will most likely leave the country’s first national unity government, formed by two traditionally rival parties, considerably weaker.

Amid severe criticism of his government for taking little action against corruption during his predecessor, Mahinda Rajapaksa’s term, Mr. Sirisena has pegged his campaign to an anti-corruption crusade, chiefly targeting the SLFP’s senior coalition partner in Parliament, the UNP. The President’s attacks have grown shriller after a presidential commission of inquiry (CoI) held a former Central Bank Governor, handpicked by the Prime Minister, responsible for a loss of 11,145 million Sri Lankan rupees to public institutions following a major bond scam at the apex bank, in 2015. The CoI also accused former Finance and Foreign Minister Ravi Karunanayake, a close aide of the Prime Minister, of corruption. On Tuesday, it was decided that Parliament would debate two different reports on the bond scam and other serious acts of fraud and corruption on February 6, four days before the election.

Justifying Mr. Sirisena’s pre-poll rhetoric, his supporters maintain that it is no surprise, given that he is competing with the UNP. For the purpose of this election, he has donned the hat of the head of the SLFP and engaged in mass politics, with no compulsion to sound statesmanly in his campaign. His attacks have irked many UNP-ers, especially the backbenchers who have not missed an opportunity to retaliate, though the Prime Minister has shown restraint. What has also given more fodder to the UNP camp critical of the President is his recent move to seek clarification from the Supreme Court on his term limit and his ambivalence about the executive presidency.

The challenge for the two parties does not end there. Mr. Rajapaksa and his supporters, basically a faction of the SLFP and others who call themselves the ‘Joint Opposition’, are campaigning for the Sri Lanka Podujana Peramuna (SLPP), or Sri Lanka People’s Front. His brother Basil Rajapaksa, a prominent member, is known to be an efficient organiser.

The SLPP has become the de facto political vehicle of the Rajapaksas, though Mahinda Rajapaksa, who had earlier resolved to topple the government in 2017, remains a member of the SLFP that Mr. Sirisena, his former cabinet colleague and now arch rival, leads.

In effect, the local government polls present a three-cornered contest, with the President and Prime Minister fighting each other, despite being coalition partners in the national government, and the Rajapaksa-backed SLPP threatening to eat into the SLFP’s vote share.

While it remains to be seen whether the bond scam will cost the UNP electorally, or if Mr. Sirisena’s apparent inability to garner more support within his party will weaken his position, what will certainly matter is the government’s failure to deliver on many counts, be it on the new Constitution aimed at a political solution to the Tamil question, assurances on war-time accountability, jobs to unemployed youth and the spiralling costs of living gripping the urban and rural poor.

Though the leaders are contesting local government polls, they are in fact gearing up for a bigger fight, so much so that key local issues such as illegal sand mining, deforestation, irrigation and drinking water hardly figure in the ongoing campaign. The widely read local weekend paper, The Sunday Times, reported that unemployment is a chief concern not only in the war-affected north and east but also across other provinces, despite the Prime Minister’s grand promise of a million jobs.

For a government facing enormous pressure within and outside, the fact that the Rajapaksas, who retain considerable support in the island’s southern districts, are seeking to capitalise on the incumbent government’s shortcomings makes matters more difficult. It is in this context that the UNP and the SLFP have to take a decision, following the local polls, on the likely renewal of their memorandum of understanding signed when they formed the government.

This is not to say that the story of the forthcoming local polls, in which about 16 million citizens are eligible to vote, is entirely about a brewing political crisis. It does offer some promise, especially after the government enacted a law mandating 25% representation of women in local government bodies, prompting many women community leaders to contest. This is also the first time that Sri Lanka will follow a mixed electoral model whereby 60% of members will be elected by the first-past-the-post system and the remainder through closed list proportional representation.

All the same, it is a high stakes election as UNP General Secretary Kabir Hashim, who is also a cabinet Minister, noted recently. “Elections have consequences — and sometimes they are dire,” he warned, reminding voters of the “era of darkness” under the previous regime.

A scenario where Mr. Rajapaksa stages a comeback, would be the government’s own making. In the last three years, the Sirisena-Wickremesinghe administration has left the people of Sri Lanka, including Tamils, with fewer reasons to remain hopeful. Despite the initial promise and some welcome initiatives, disillusionment and frustration pervade the electorate. Busy fire-fighting to manage frequent tensions within, the ruling coalition has had little time for the good governance it promised.

Undoubtedly, the political stakes are high for all parties and the actors in this election. But the leaders would do well to remember that the stakes are higher for the people.