HomeNewsBehaviour of the Executive President is unacceptable and has to be abolished. – Saman Rathnapriya 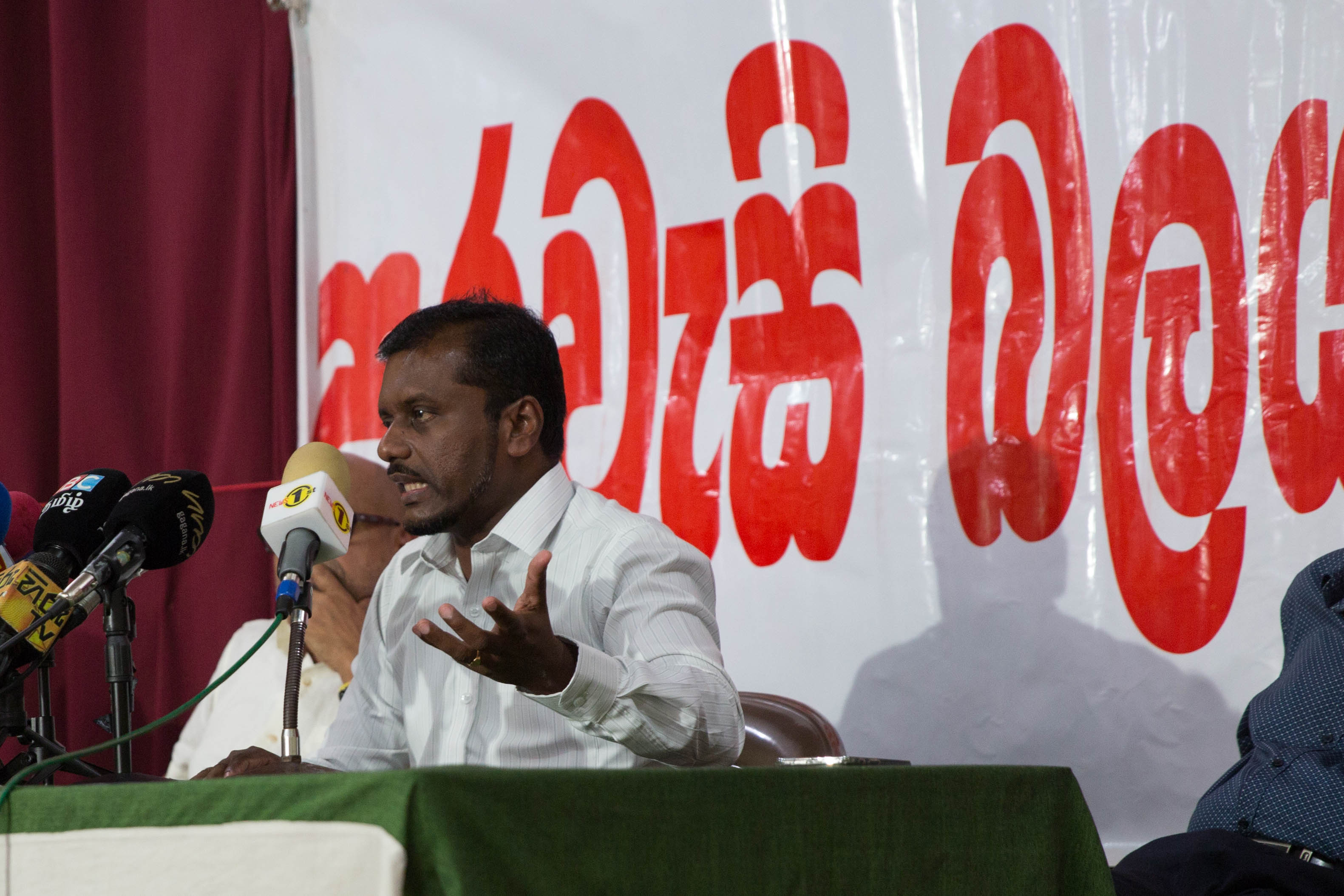 The behaviour of the Executive President has become a decisive reason to aggravate this political crisis. According to the election results, based on the 16.6% of votes obtained by the Sri Lanka Freedom Party, headed by the President, is attempting to remove the PM from the United National Party (UNP), which obtained 32% of the vote. This is a unjustifiable attempt. It cannot be done according to law. At the same time, when considering the election results, this is not ethical. If so the President should first quit his post.

When the Yahapalana Government came to power in January 2015, the foremost assurance that was given to the people was that the Executive Presidency will be abolished. The main slogan of the National Movement for a Just Society, which was set up by the Late Venerable Maduluwawe Sobitha Thera, who was the pioneer of this Government of good governance, was this.

(Edited version of a news story appeared in Ceylon Today.)