HomeNewsEU praises progress in Sri Lanka, but stresses many areas of reform yet to be delivered 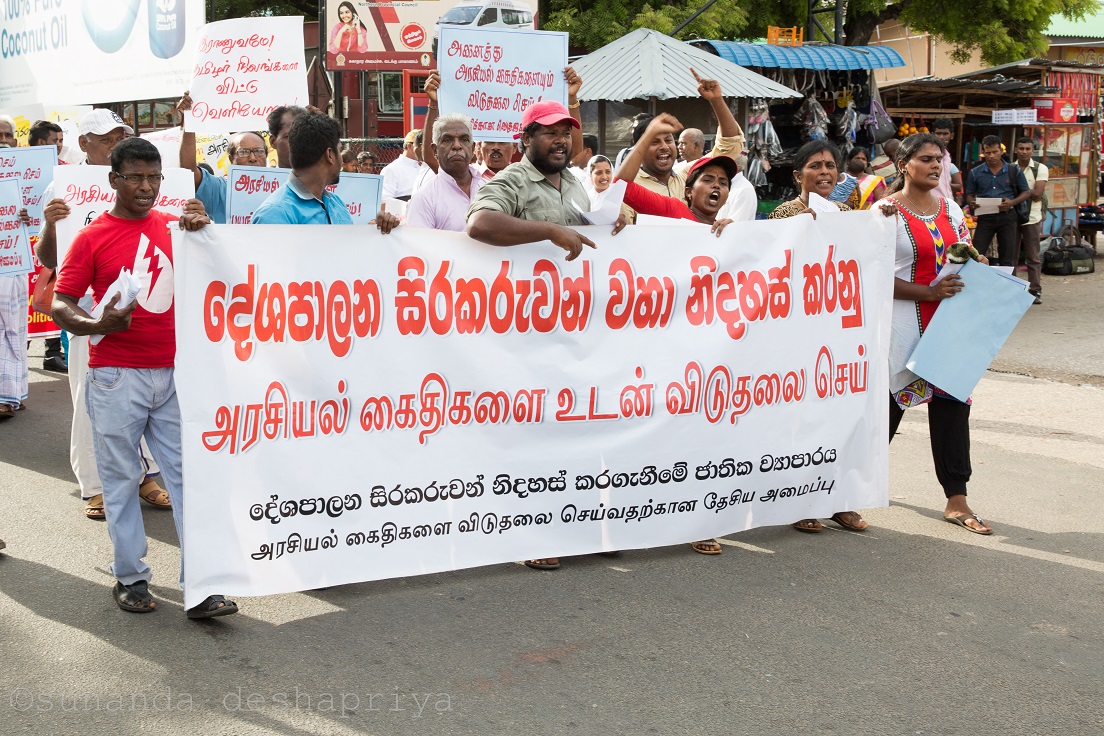 Image: Campaign for the release of political prisoners, Aug, Jaffna.- There are still important concerns about the lack of concrete progress in key areas says EU.

COLOMBO, 13 September 2017–The European Union today praised the Government of Sri Lanka for the progress made in advancing human rights, labour and environmental standards, but stressed that there were still many areas where reform had yet to be delivered.
A team of senior officials from Brussels have been in the country for the last 10 days on a fact-finding mission. The mission has focused on the status of the implementation of 27 international conventions of which Sri Lanka is a signatory. Progressive implementation of the conventions is the condition for continued preferential access to the European Union market – the world’s largest and Sri Lanka’s biggest export market – under the GSP Plus. The team had a range of meetings with Government Ministers, civil society, trade unions and international organisations. They also travelled to Jaffna and Kilinochchi to meet the Chief Minister of the Northern Province and hear the views from civil society, including a number of human rights activists.

Following a constructive meeting with Prime Minister Ranil Wickremesinghe, Ambassador Tung-Lai Margue said: “The excellent cooperation by the Government is a reminder of how much the situation has changed in the country over the last two and a half years, including real advances in human rights. But there are still important concerns about the lack of concrete progress in key areas. Torture has to stop. It is of paramount importance that the Government delivers on its commitments, including replacing the Prevention of Terrorism Act with counter-terrorism legislation consistent with international standards and allowing people in custody to have access to a lawyer from the point of arrest. Clarifying the fate of those who disappeared at the end of the war and speeding up the return of land will help to restore confidence, particularly in the North and East, in the policy of national reconciliation.”

Concerns were also raised about continued discrimination against women and girls and against lesbian, gay, bisexual and transgender Sri Lankans.

The assessment, along with that of the other countries benefitting from GSP Plus, will be published in January 2018. It will be considered by the European Parliament and the Council of Ministers.