HomeNewsAnother Eyewitness Speaks Out On The Welikada Prison Riot 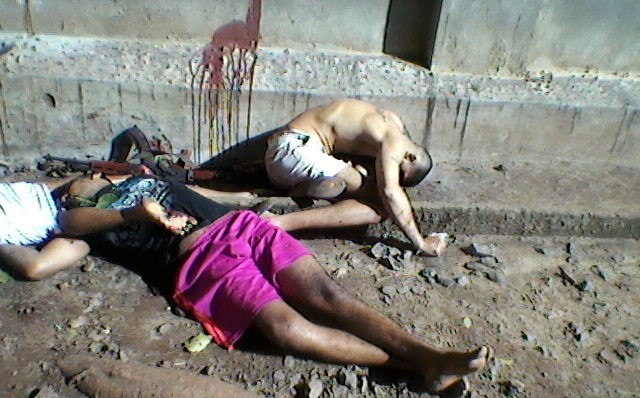 As the authorities continue investigations into the Welikada prison massacre, more eyewitnesses have come forward to reveal information about the incident.

Hewadalugodage Sahan Sri, an eyewitness to the incident who has since fled the country, spoke to The Sunday Leader on what he saw. He had been arrested in 2007 under the terrorism prevention act and had served eight years behind bars and was eventually released being cleared of all charges.

Sahan Sri said that on November 09, 2012 around 1 pm although the prisoners were aware that the security forces were outside the prison gates, they were under the impression that it was for a routine inspection of the prison premises. According to the law, even the prison guards cannot enter the prison with weapons. Hence, when the security forces were trying to enter the prison premises carrying their weapons, the guard at the gate had protested. The security guard had in fact noted this incident in his log book. However, upon being notified that they were there on the orders of high ranking defence ministry officials, no one could oppose their actions beyond that. However, according to international laws that we are party to, this was a violation of the rights of prisoners and as the prison inmates were aware of this law, they argued with the prison officials and this turned into a heated argument. In fact it is a mystery why such an incident took place when in fact the prison was calm and eventless that day.

However, around 2 pm, the armed security forces entered the prison premises and with the assistance of the Prison Police, they first headed to the L ward where the prisoners were being housed. They had put plastic handcuffs on the 400 prisoners there, sent them out of the ward and commenced a search operation claiming to be looking for mobile phones and drugs. From there they went to the Chapel ward. In fact the security forces had searched the prisoners belongings in a manner that most of these belongings could not be used again. From there they headed to the A ward which is one of the four wards where special prisoners were being housed. When they were trying to put the plastic handcuffs on the prisoners, they had protested. The argument turned violent and the security forces had assaulted several of the prisoners. At that point a death row prisoner named Malan had attacked a police intelligence officer. Eventually he was among the 27 prisoners that were killed that day.

Meanwhile as if to offer relief to the prisoners that were suffering due to the tear gas, it began raining and with that the tear gas subsided, but was repeated sporadically. However, by 6 pm the firing of tear gas had stopped and was replaced by the firing of weapons. By then the prisoners had not harmed the jailors and guards at the ammunition store. The injured prisoners were being brought out of the prison premises and as the prisoners had not had any food or water since that morning, disregarding the firing of the security forces, some of the prisoners had broken into the cafeteria outside the prison and had taken drinks and food for the prisoners inside. They had also brought into the prison a motorcycle and a three wheeler parked near the cafeteria. Initially the injured were also brought out of the prison in this trishaw and proof of it is that the person who worked at the medicine section of the prison, a resident of Yakkalamulla, Galle was also in the trishaw.
However, what was reported was that a group of prisoners who had attempted to escape in a three wheeler were shot. The prisoner from Galle who was killed in the trishaw had only a month to complete his sentence and he had also had the facility of visiting his home once in six months. According to Sahan, he had absolutely no reason to want to escape. He also confirmed that the prisoners in the three wheeler were not trying to escape and that they had also not fired at the security forces. Had they fired from the three wheeler, then the police could have easily proved it by examining the three wheeler. By 8 pm, the prisoners sharted shooting into the air with the weapons they had acquired and beyond the prison gates. Some of the other prisoners had also broken into the prison dispensary and helped themselves to the various drugs stored there, these were addicts. They were in prison for drug related cases and considering their backgrounds and level of education and family backgrounds, one cannot expect them to have behaved any better. The prisoners had also used their mobiles to notify the BBC and others outside of what was going on inside the prison perhaps with the intention of safeguarding their fellow prisoners who were under attack and also the political prisoners.

November 10, 2002 was a tragic day for Welikada and 2 am was the cursed hour that determined the fate of many prisoners and has created so much carnage and trauma. Around 2 am on that fateful day, the firing ceased and military personnel, prison guards and plain clothes officers entered the prison and they were calling out the names of certain prisoners and gathering them one by one. First they called out, “where is the fellow who killed the Buddhist monk in Kotte?” Then one of the inmates said he was in the M ward. Then the names, Potta Naufer, Pinwatte Ukkuwa, Ratmalane Rohana, Kapila, a Major involved in the killing of Parami Kulatunge and they had asked who else is in prison in connection with LTTE cases. Sahan Sri and several others had known that the security forces were assaulting and dragging away Kapila and Malan, from their voices, as they could not see in the dark. They were begging and screaming, pleading that the security personnel do not assault them. Then they had heard the sound of gun shots from the direction of the M ward. They then got word that Manjula, Ponna Kapila and Malan had been shot and killed. The prisoners of the M ward had told them the next day that the prisoners who were shot by the security personnel had been moaning and groaning for a long time asking for water, prior to their horrible death.
The security personnel had demanded that the prisoners show them where Kalu Thushara was hiding, but at the time, he was hiding under the table that Sahan Sri and Nandimal were sitting on, but no one had given him up. Somehow they eventually located him and when they were dragging him away, he was pleading of them not to kill him as he had a little child. However, his pleas would not touch the hearts of those who had been assigned to take him out. You would perhaps remember our previous report when we spoke to the family members of Kalu Thushara and they did mention two of the police officers by name, who they said were responsible for his murder. At around 6 am, they had killed the disciple of Wele Suda, Konda Amila. However, two names have come up constantly in these murders and that is of the two CID officers, Emil Ranjan and Rangajeewa. However, they are still free and despite their names being mentioned quite a number of times in most of these incidents, no action has been taken against them. It is puzzling to note that these officers have so far not even been questioned. Even eye witness Sahan clearly notes the names of these two officers. By the time the details of the dead were noted by the prison officials it was about 9.30 the next morning. Anura Senanayake was heading that team. The photographs taken of the murdered prisoners shows the weapons that were handed over the previous night to the Chief Jailor. However, pictures released to the internet the previous night by a prison guard, did not show these weapons. Sahan Sri claims that the intelligence officers had threatened the guard named Madusanka and ordered him not to reveal any of the details of that night, and he claims he has evidence of it.

After the dreadful incident, the CID had come and taken statements from the inmates and when Sahan was giving his statement, one of the officers had told him, if he ever wanted to go home, he should corporate with them and give his statement according to their requirement. “The officials even refused to give me the documents I was supposed to receive and I eventually obtained them with the greatest difficulty. After the new government came to power in 2015, I tried to give evidence before the commission that was appointed to investigate this incident, but the brutal conspirators said on a certain radio programme that we were all Tigers and criminals. Sahan had lodged a complaint with the police against the statement made branding them criminals and terrorists and also regarding his concerns on the safety of his life. Yet he received no response. Sahan has thus refrained from testifying as he was an eye witness, as he still has no faith in this government either. Yet it was at this point that we happened to meet him and he said, under the right circumstances and when he can be assured of his safety, he would be willing to testify.
Sunday Leader