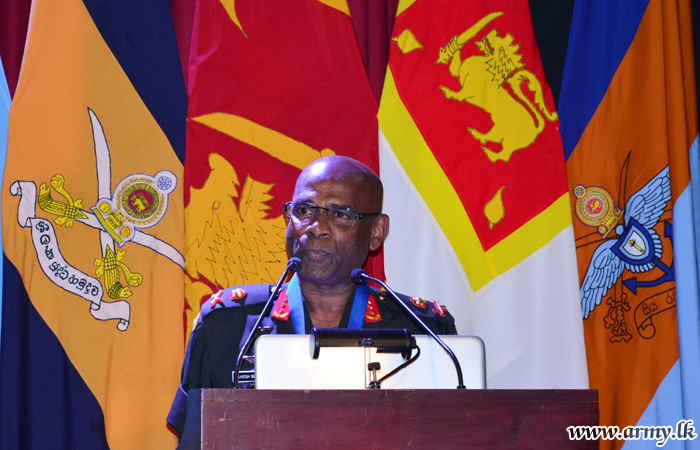 Army Commander Lt. Gen. Mahesh Senanayake says that tagging the ‘LTTE label’ on every incident happening in the north is “completely misplaced” as sporadic activity by “subversive groups” do not constitute a threat to national security.

“You mentioned the word ‘LTTE’, I didn’t. I don’t like people saying ‘LTTE’ for every incident. My point is that it’s very easy to connect the LTTE whenever something happens, though it is far from the truth”, he has told the Island newspaper.

‘Ava’ is not the LTTE. There are people creating problems in the south, including university students, but you can’t just say they belong to one group or another. You can’t identify them with the 1971-1981 group either. It’s a label”, Lt. Gen. Senanayake has told.

“People in the south depend on what they hear of happenings in the north. If you live in the north then you will see something different. It is clear there is no threat to peace”, he has further said.

“I invited the Mahanayake Theras to visit the north. As a sequel to this invitation, the Mahanayake of the Asgiriya Chaper will be undertaking a visit to the north on August 28-29”, The Island quotes the Army Commander.