HomeNewsGTF sets an example to other Sri Lankan diaspora groups 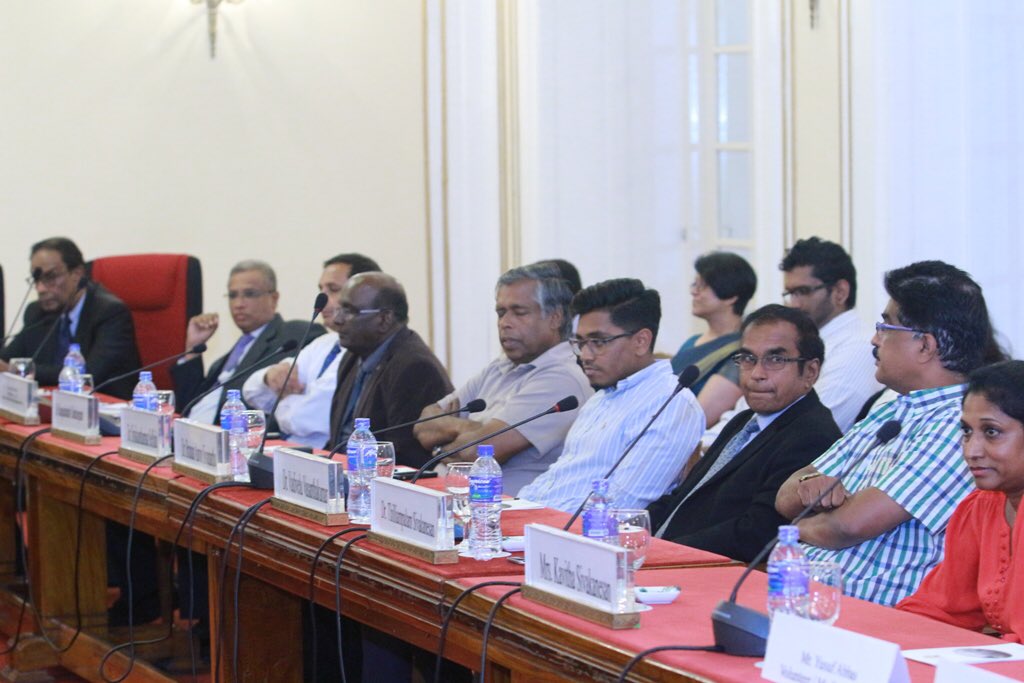 Seventeen medical professionals of Sri Lankan origin who are members of the Global Tamil Forum (GTF) from the United Kingdom, Australia, Canada, Norway, the United States, France, Bahrain and Germany worked in partnership with the Sarvodaya Shramadana Movement, alongside local doctors in Kalutara district from 2nd to 6th July and in Matara district from 7th July to 10th July, including in villages and flood relief camps. Within the 10 day period, approximately 780 patients were given medical, dental and ophthalmological treatment, that included a children’s home and orphanage. 300 pairs of reading glasses and sunglasses were also gifted to people by the doctors.

On Tuesday 11 July, the Minister of Foreign Affairs Ravi Karunanayake was joined by the Minister of Health, Nutrition and Indigenous Medicine Rajitha Senaratne, Minister of Finance and Media Mangala Samaraweera, Minister of Prison Reforms, Rehabilitation, Resettlement and Hindu Religious Affairs D.M. Swaminathan, Leader of the Opposition R. Sampanthan, and Member of Parliament M.A. Sumanthiran, at a ceremony at the Ministry of Foreign Affairs to felicitate Sarvodaya and the group of medical professionals from the Global Tamil Forum who had volunteered their services to assist the flood affected communities in Sri Lanka.

Representatives from diplomatic Missions of Australia, Canada, India, Malaysia, Norway, the UK, the US, South Africa and Switzerland, as well as USAID also participated at the event. 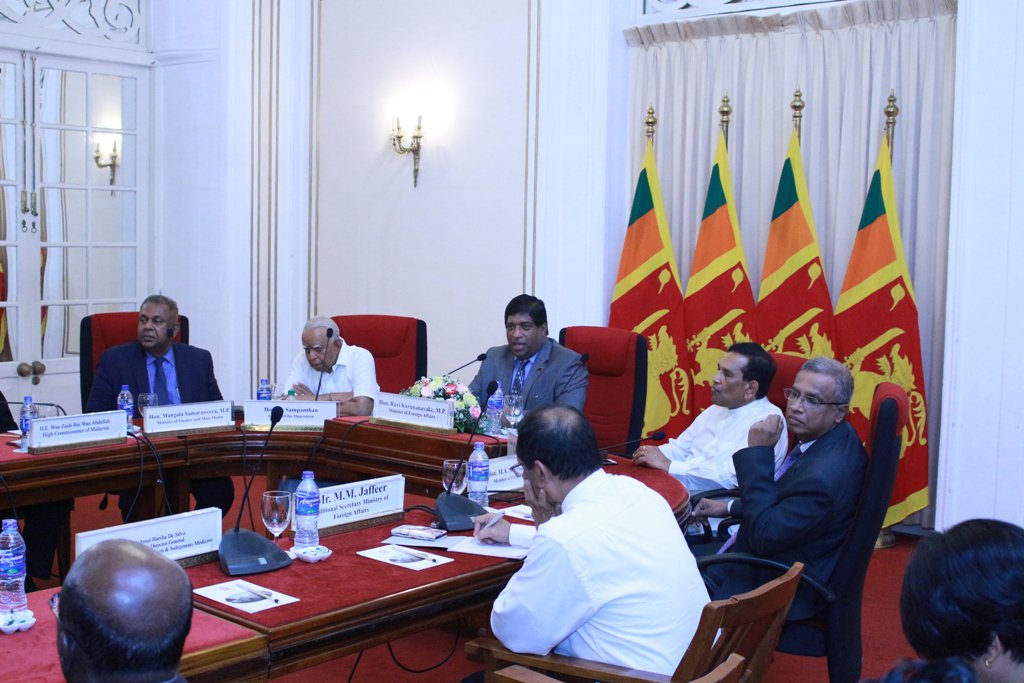 Speaking at the event, Minister Karunanayake conveyed his appreciation to the doctors for their gracious gesture of having travelled all the way to Sri Lanka from across the world, to assist the flood affected communities, while also helping to build bridges between communities in Sri Lanka, in partnership with the Sarvodaya Shramadana Movement that has always been in the forefront of social service and reconciliation efforts, working tirelessly to bring communities together.

The Minister acknowledged and appreciated the support extended to the programme by the Governments of Norway and Switzerland and by UNICEF. He also thanked Health Minister Rajitha Seneratne and officials of his Ministry in for facilitating the project at short notice, enabling the doctors to carry out their work in accordance with the Medical Council regulations.

The Minister thanked the GTF for inspiring people of Sri Lankan origin outside Sri Lanka, to undertake an important journey with the people of Sri Lanka, and with the government, through this project, and expressed the hope that they will continue to work as partners on taking the country towards peace, stability and progress. Recalling the Chinese proverb “A journey of a thousand miles begins with one step”, Minister Karunanayake said that he hopes that this important step that had been taken through the project, would serve as the first in the important journey of sustaining peace and economic progress in the country, together with Sri Lankans overseas.