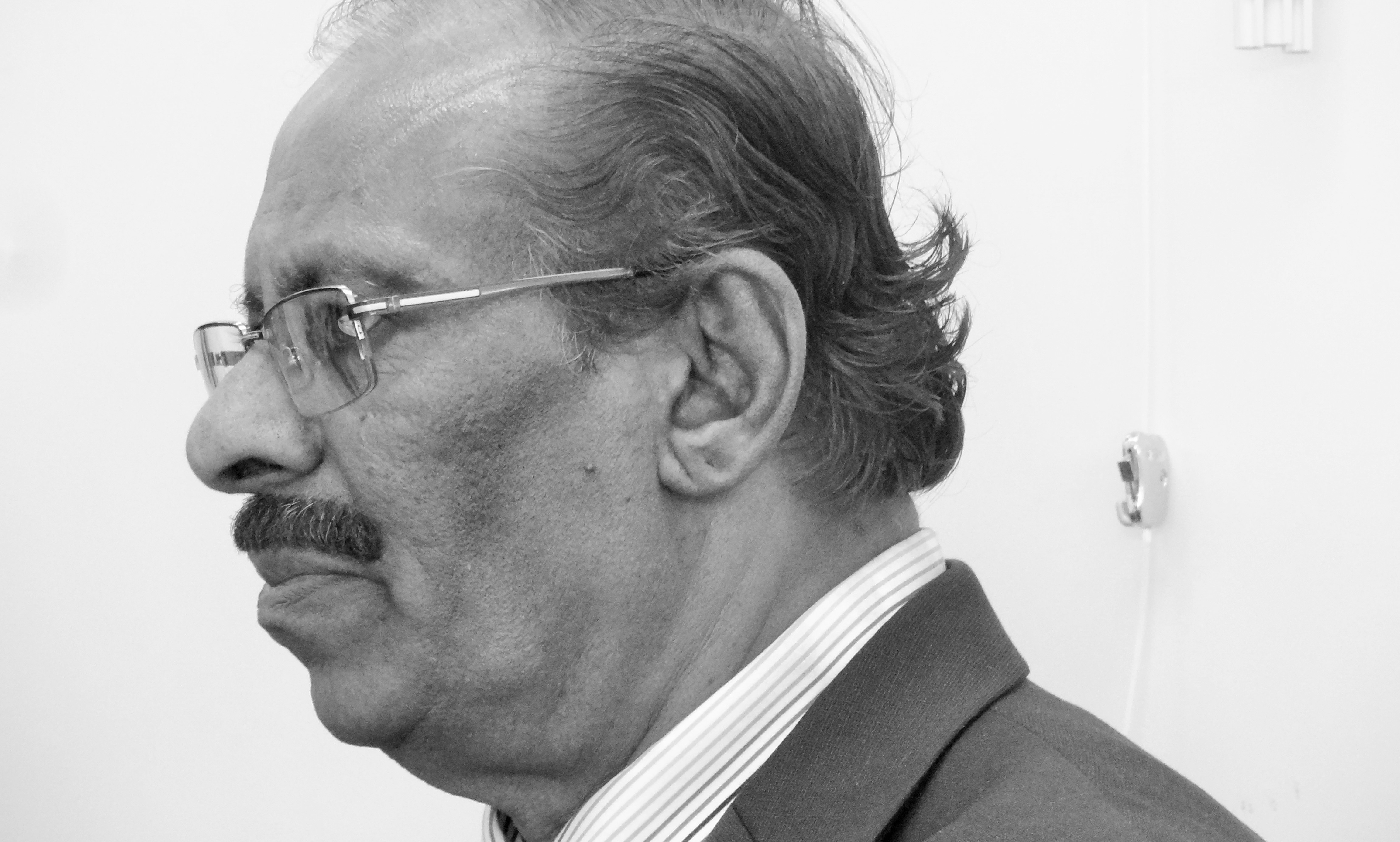 Illankai Tamil Arasu Katchchi (ITAK) leader and Tamil National Alliance Parliamentarian Mavai S. Senathirajah became the first high profile Internally Displaced Person (IDP) to return last week to his house in Mavittapuram, in the Jaffna peninsula, after a lapse of 27 years. The ITAK, being the foremost Tamil political party founded by late S.J.V. Chelvanayagam seven decades ago, still remains a powerful political outfit winning the confidence of the majority of people in the North and East to fulfil their political aspirations.

As a youth front member of the ITAK, Mavai S. Senathirajah with several other young men, remained staunch supporters of the ITAK engaging in all types of political activities.

Senathirajah was one of the first young Tamil political activists to be arrested and put behind bars when the crackdown began in the early seventies in the North to curtail Tamil extremism.

Mavittapuram is the northern-most region in Valikamam North where the first internal displacements started following the escalation of the armed struggle.

The region is spiritually a very significant place with the holy Keerimalai tank where the Hindus in the North perform rituals for their dead.

Mavittapuram is also popular for its famed historic Kanthaswamy temple which was maintained by the Armed Forces when the region was declared a High Security Zone.

When the High Security Zone was demarcated in Valikamam North following the escalation of clashes between the armed forces and Tamil militants, residents in their thousands were compelled to leave Valikamam North which covers a vast area where there are several prominent schools and also the ancestral house of ITAK founder late S. J. V. Chelvanayagam.

The present ITAK leader Mavai S. Senathirajah was also compelled to leave his house adjoining Mavittapuram Kanthaswamy Kovil, with his kith and kin, when the mass exodus from Valikamam North commenced in 1990 following the demarcation of the High Security Zone in the North.

Mavai Senathirajah who hails from a family of farmers lost contact with his ancestral home in Mavittapuram in 1990 and found refuge in South India when the situation deteriorated in the North in the late eighties.

Leaving his home town Mavittapuram as an IDP with his wife and three children at the age of 43, the ITAK leader has now returned to his refurbished original house which was in an extensively dilapidated state for nearly three decades.

However, until 2013 resettlements were not allowed in Valikamam North.

When thousands of IDPs from Valikamam North agitated for resettlements to be expedited quickly, former President Mahinda Rajapaksa looked upon it much in the manner of Nero fiddling while Rome was burning.

Rajapaksa built a mansion in Keerimalai adjoining the Naval harbour with a good view of the Bay of Bengal, worth several millions.

Rajapaksa’s ultra-modernistic mansion in the North is located 2 km from the house to which Senathirajah has now returned in Mavittapuram.

Following a brief religious ceremony, Senathirajah, walked into his refurbished house where there were nearly 200 of his friends and relatives to greet him.

” Several people from my area had been displaced as I was, in the early nineties, from Valikamam North, and they are now returning to their original places. It is sad to see the large number of houses in the area which lie deserted and in ruins. Valikamama North is blessed with fertile land for agriculture. The KKS cement factory remained a towering strength for nearly three thousand bread winners in the North. However, the three decades of civil war have razed everything to the ground,” he said.

Senathirjaja’s eldest son is an economist and his second son is a consultant Electronics Engineer in Thailand. The third child, a daughter, has completed her medical studies at the Jawaharlal Nehru Institute in New Delhi and very recently completed her MD.
According to Senathirajah, it was with the support of his two sons that he has now refurbished his house with bank loans and the family will now be living there.

As an IDP for twenty seven years, Senathirajah has lived in several places in the Peninsula such as Inuvil, Thavadi and Jaffna under very difficult circumstances.

Since several areas are yet to be released for resettlement of the IDPs in the North, with State Minister of Defence Ruwan Wijewardene coming under severe criticism of the IDPs last Wednesday in Iranaitheevu in the Kilinochchi District for delaying the process of releasing lands, the IDPs from Keppapilavu in the Mullaitivu District staged a massive demonstration in Colombo last Wednesday demanding their lands to be released.

In the meantime, 50 acres in Myliddy, with its scenic fishing harbour, which is one of the main fishing hamlets in the Jaffna peninsula, are to be released by the security forces, for resettlement on Monday, July 3,

ITAK leader ,Parliamentarian Mavai Senathirajah, becomes the first high profile IDP who was forced to flee his home along with his family in the early stages of the internal displacements in the nineties , to return to his original house after 27 years, but there’s a long way to go for completion of the resettlement of the IDPs in the Northern Province.