HomeNewsAMB Robert Blake on Sri Lanka: “Our secret plan was not to save LTTE but to rescue IDPs “ 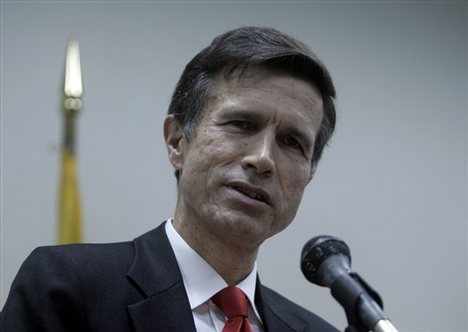 The United States had “a detailed coordinated plan” with the Indian and Sri Lanka Governments for its Navy to rescue trapped displaced persons in Puthukudiyiruppu during the final stages of the separatist war, according to Ambassador Robert Blake, then Washington’s envoy in Colombo.

However, the Sri Lankan Government killed the idea for fear that Erik Solheim (Norwegian peace broker) and I would be taken hostage by the Liberation Tigers of Tamil Eelam (LTTE), he said last week in Washington DC.

Blake was speaking to the Serendipity Group, a body of US Ambassadors and diplomats who served in Sri Lanka and Sri Lankan Americans. Blake said he did not believe that Solheim and he would be taken hostage.

He said there were also perceptions that it was an effort to rescue LTTE leader Velupillai Prabhakaran. “Every person would have been transferred by US Navy boats to Sri Lankan custody,” he said.

Blake said another debate was whether the United States helped the Sri Lanka Navy to sink LTTE boats. “We did help them locate boats carrying arms for the LTTE. The Sri Lanka Navy actually sank them,” he added.

The comments came after he remarked that he first wanted to clear “some misinformation that continues to circulate about somethings we worked on when I was Ambassador from 2006 to 2009.”

“We never had the intention of helping the LTTE,” Blake said adding that “the plan was to rescue as many IDPs whom the LTTE had refused to allow to move south through the lines of fighting and were in effect were human shields. “

Here are some highlights of his speech:

“Another decision for which I continue to receive critical emails was our decision to have the US support and lead efforts to pass a UN Human Rights Council (UNHRC) resolution in 2012.

I argued for the early part of the Administration that we should give the GSL (Government of Sri Lanka) a chance to work on reconciliation and accountability so they could own it and not have a solution imposed from outside. Domestic ownership is always preferable.

And indeed the GSL came up with the Lessons Learned and Reconciliation Commission (LLRC), which had many positive aspects.

But the LLRC did not address serious allegations of violations of international law, particularly at the end of the war. So we decided to support a landmark resolution that:

Welcomed the LLRC report; called for its implementation;

called on the GSL to take credible actions to ensure justice and accountability for all Sri Lankans;
requested the GSL to draft an action plan;

and called on the Office of the High Commissioner for Human Rights to report at next session what had been done. The January 2015 presidential elections represented a sea-change in Sri Lankan politics:
Maithripala Sirisena defected to lead an opposition coalition that defeated Mahinda Rajapaksa who was seeking a third term.

Suddenly we had a government in power that promised many of the political, economic and social reforms that Sri Lankan civil society and the international community had been seeking and chose a lot of reformers as Ministers to carry out those reforms.

The GSL almost immediately began work, culminating in a landmark speech to the UNHRC in June in which Foreign Minister Samaraweera marked a new era of cooperation with the Council and promised to achieve transitional justice by announcing, among other things:

A Task Force of civil society representatives to seek the views of the public in order to inform the design of the truth-seeking, justice, accountability and reparations mechanisms;

A draft Bill to establish a Permanent and Independent Office on Missing Persons;

A Bill to amend the Registration of Deaths (Temporary Provisions) Act No 19 of 2010 to enable the issuance of Certificates of Absence in respect of Missing Persons;

The ratification of the International Convention for the Protection of All Persons from Enforced Disappearance.

A new counter-terrorism law to replace the Prevention of Terrorism Act,

The return of lands to conflict displaced civilians, no later than 2018.

President Sirisena won the needed two-thirds parliamentary approval for a constitutional amendment to reduce the presidency’s enormous powers and restore the independence of oversight commissions for the police, judiciary, and human rights.

The government ended censorship and intimidation of the media.

It reduced the military presence in Tamil-majority areas in the north and east and the military returned some of the private land it had seized during and after the war.

Parliament passed a Right to Information law, which is considered one of the strongest in Asia, and allows citizens to access information on government procedures, policies, and decisions.

But progress stalled in other areas:

The Office of Missing Persons was approved in August 2016, but has yet to be set up. This is really important on many levels due to the large number of “enforced disappearances”, white van abductions and many people who went missing after the war.

Likewise the timetables for establishing a reparations office, a truth commission and a transitional justice mechanism have been repeatedly delayed.

Progress on a new constitution to strengthen devolution also slow. Civil society is pushing hard for a constitutional referendum but few politicians agree; the rest believe it is too risky and could well become a referendum on the Government. Economic growth slowed in 2016 to 4.4% with a marked fall in agricultural production because of bad weather, but growth is expected to rebound to about 5% this year. Tourism has been a particularly bright spot, growing 17% last year. The GSL would of course like to see higher growth but faces some obstacles:

Ruinous floods this year will again hurt agricultural production; Sri Lanka has one of the region’s lowest tax revenues as a percentage of GDP; so the idea of a VAT in 2016 has been introduced.

I’m told there is extensive new investment in real estate in Colombo, and the Chinese and Indians continue to provide infrastructure but not much new investment to diversify the economy from textiles and tea, which are still about 60% of exports.

Land and labor issues also remain obstacles. Job creation remains a challenge. So the good but not stellar growth is important because economic satisfaction impacts support for political reforms. US-Sri Lanka trade has progressed: SL exports to US increased from $1.59 billion in 2009 to $2.89 b in 2015 and then slight dip to $2.78 b last year. US exports to Sri Lanka are still small: $229 million in 2009 to $368 m today.

Why has political progress stalled?

Much ink has been spilled on the divisions in the unity government that often lead to focus more on political manoeuvring than forging coalitions on specific issues to get things done.

And indeed, the President and the Prime Minister have an uneasy coexistence. Old familiar divisions remain: the SLFP tends to be more nationalistic, populist and less business oriented; UNP more internationalist, and supportive of free trade.

Looking Ahead The good news is that the GSL reaffirmed its ambitious plans in the most recent UNHRC resolution in March. And they still have about two and a half years before Presidential elections in 2020. Civil society, much of Colombo and of course the international community support reforms.

But Mahinda Rajapaksa continues to oppose efforts on reconciliation and transitional justice, casting them as capitulation to western interests.

But from what I can tell, President Sirisena and PM Wickremesinghe still have the will to move forward.

With already high public debt levels, Sri Lanaka and many other countries need to carefully evaluate future projects to be sure of good IRR and avoid higher debt burdens.

The white elephant is of course Mattala Rajapaksa International Airport which according to some reports is currently a “daily flight or two away from being completely defunct:”

A runway long enough to handle the largest commercial jets,

Capacity for one million passengers per year,

Built at a cost of $209 million, $190 million of which reportedly is coming in the form of loans from China.

That is top of $1 billion-plus multi-stage deep sea port at Hambantota, a large industrial zone, and several other expensive projects.

As friends of Sri Lanka, we all want to see a Sri Lanka that is democratic, prosperous, and at peace, with reconciliation proceeding. That is the Government’s vision as well. We have a good US Embassy team led by Ambassador Atul Keshap who has a lot of experience in the region and is very active. We have restored very robust military cooperation. And we should remember the many advantages Sri Lanka always has enjoyed:

Strategic location astride the main Indo-Pacific sea lanes through which pass two-thirds of global oil supplies and half of the world’s container cargo.

Free trade agreements already exist with India and Pakistan, while work is underway for agreements with China and Singapore. Politically, of course civil society and many others always want to see faster progress but let’s not forget, democracy matters. Of course, public policy is always more complicated, but democracy opens avenues for constructive dissent, good ideas. ((Sunday Times)