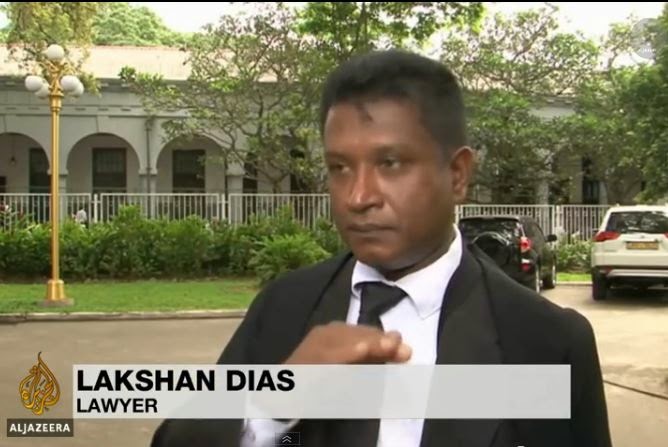 A news item was published in the Daily News today under the title – Alleged attack on 160 Churches – BASL asks lawyer to come clean.

In this news item, it refers to an order made on the basis of a decision at the Bar Council calling on Mr. Lakshan Dias, Attorney-at-Law, to explain the statement made by him at a television interview.

Several Bar Association Members, including some senior Attorneys-at-Law, have informed the Asian Human Rights Commission that at the last Bar Council Meeting held last weekend, no decision to such effect was taken by the Bar Council. In fact, no Motion was proposed or put into a vote during this Bar Council meeting. The Bar Council was not informed of any letter written by the Minister of Justice to the Bar Association on this issue. Naturally, there was no occasion for the reading of such a letter – if such a letter exists at all. Thus, no decision was ever made on such an alleged letter by the Minister. 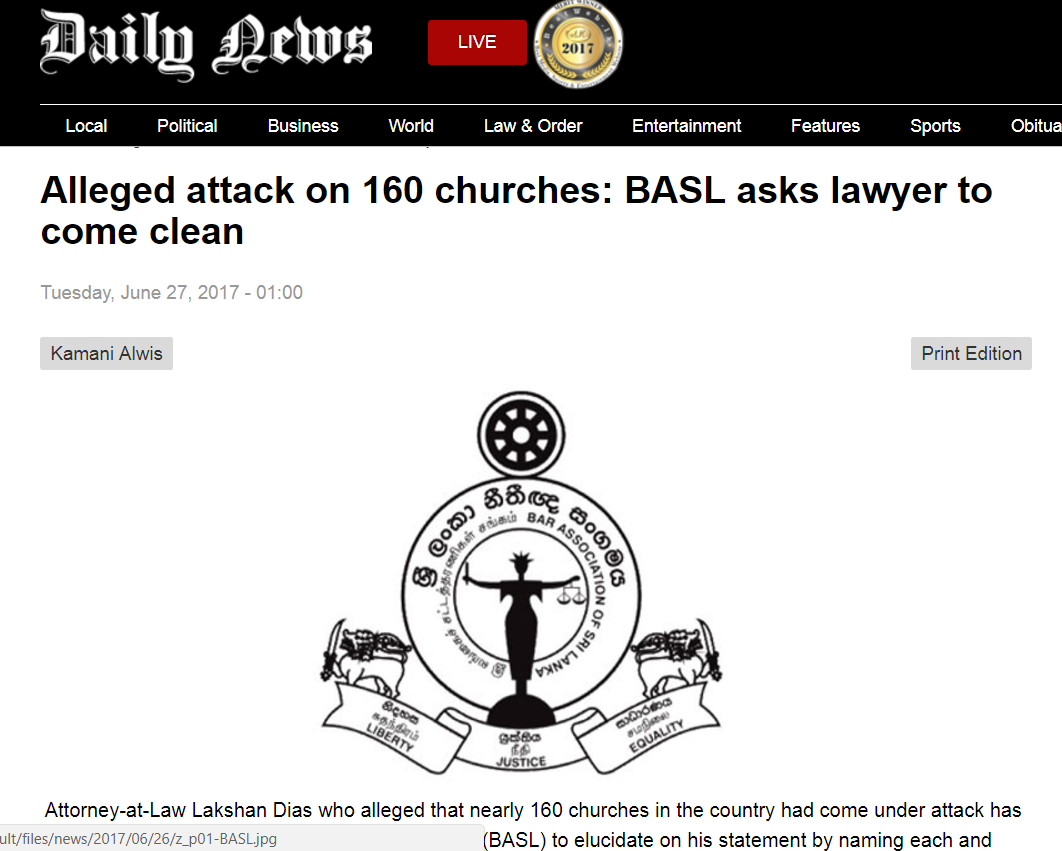 The Members explained that what happened at the meeting was that several Bar Association Members raised objections to the statement made by the Minister Wijedasa Rajapaksa, threatening to disbar Mr. Lakshan Dias because of a statement he has made on some attacks on churches. These Members have questioned the authority of the Minister of Justice to make such statements and they have categorically stated that the Minister’s conduct is highly questionable and should be condemned by the Bar Association.

Several other speakers have objected to the matter being taken up by the Bar Association and have tried to justify the Minister’s position. At this stage, the President of the Bar Association has intervened stating that he will ask Mr. Lakshan Dias to submit his request by way of an Affidavit. Nothing more than this had been discussed at the Bar Association.