Breaking eight years of prolonged quiescence, Poddala Jayantha has made his presence in the country to lodge a complaint with the Criminal Investigations Department (CID) against his abduction and persecution in 2009. After making several complaints to the police verbally and in writing prior to and after fleeing to the USA as a political asylum seeker, Jayantha says no satisfactory decision was taken by the authorities.

“I feel relieved today since the authorities at least listened to my grievances after eight years,” remarked Jayantha after giving a six-hour-long statement to the CID. The former journalist and the General Secretary of the Sri Lanka Working Journalists’ Association Poddala Jayantha told Ceylon Today that due to the inaction of the authorities in investigating his case, he was compelled to appear before them and explain matters.

“In the course of eight years

I was suppressing my agony and today I’m in a state of solace,” said Jayantha while exposing the psychological trauma he had to undergo as a result of persecution. The intensity of the trauma was such that he often had to spend sleepless nights and wake up at odd times at night under depression. His situation made his wife suffer physically and mentally. I often told wife that they should have killed me instead of leaving me in this deplorable condition for the rest of my life,” Jayantha said.

He said the Yahapalana government is taking steps to compensate him for the damage. “I do not know how they are going to assess the physical torture and psychological trauma I had to undergo.

My attempt is not to claim damages, but to make my case an eye opener to the authorities to act responsibly to take preventive measures in the future.” Although there are many shortcomings in the government, he is hopeful that the government would provide him with a satisfactory solution.

According to him, the vehicle that was used to abduct him was a mobile torture outfit. “They trimmed my hair and forcibly shoved them into my mouth. They broke my leg by beating with wooden poles. I fell unconscious due to the severity of the torture. The abductors tied my arms and then dumped me somewhere at Mulleriyawa. A kind taxi driver took me to hospital and later I was admitted to the Intensive Care Unit (ICU). I was in hospital for nearly a month,” he said.

He showed the X-ray of his leg and explained how iron splints are fixed to support the bones of his leg. He is worried that he cannot engage in activities he used to do prior to the mishap. “I cannot run to catch a bus or train. Going up steps is another difficulty,” he says. 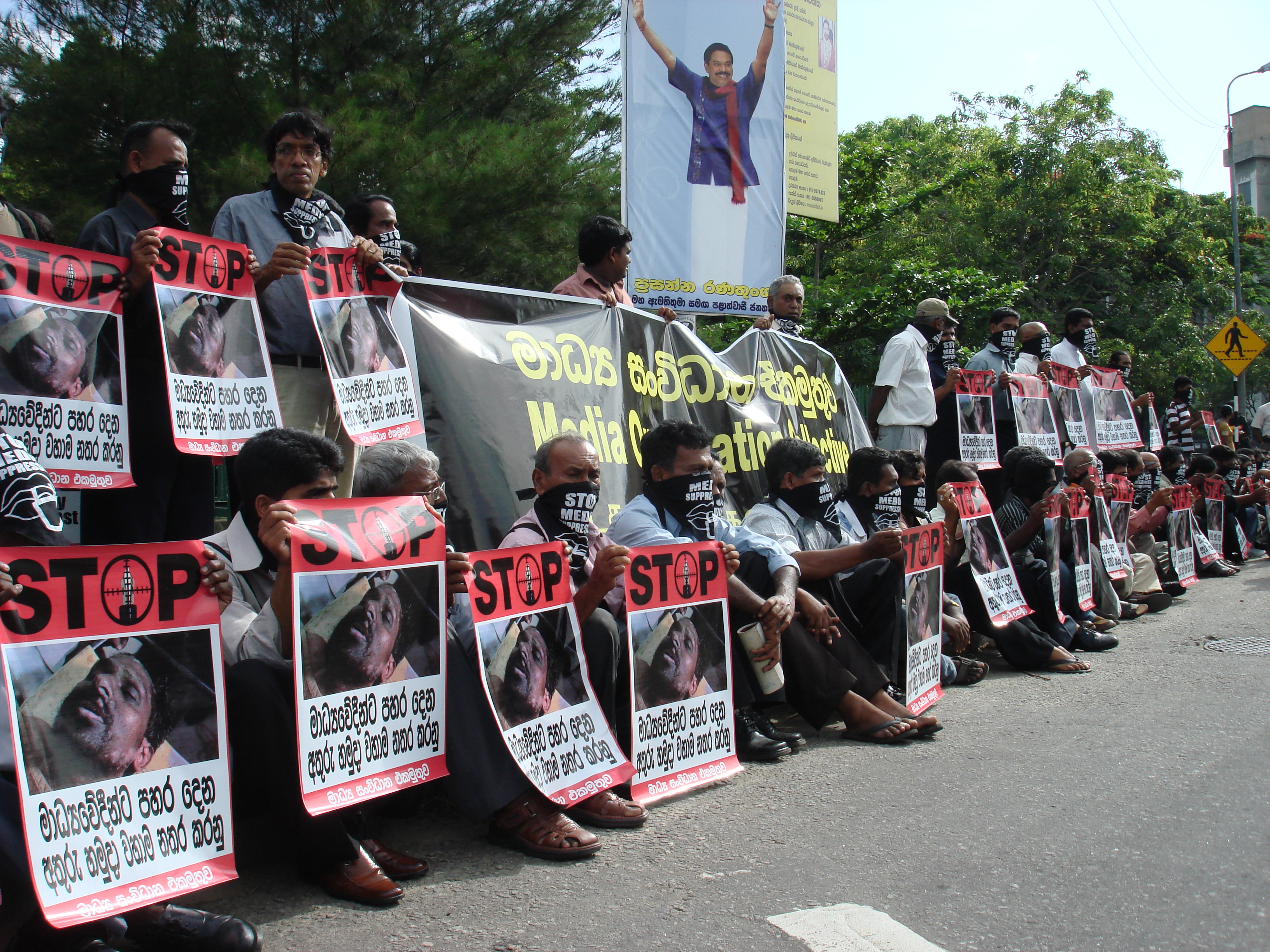 What made the abductors to torment him so mercilessly? According to him as a journalist he used to expose in high places. He was doing his duty as a media person, but those who were engaged in corruption wanted to silence him. “I was the General Secretary of the Sri Lanka Working Journalists’ Association (SLWJA) which had 1,200 members. I told them that I would expose injustice faced by them.”

Jayantha was a journalist on the government owned “Silumina” editorial at the time of his abduction. Any exposure of corruptions in government departments or corporations was not expected from a journalist who worked for a state newspaper. However, he went ahead with his mission undaunted exposing corruption in government departments and corporations. “I had the guts to change the existing culture of a state-run newspaper. It is a well-established tradition of state-run newspapers to whitewash government misdeeds. I broke the tradition and revealed the corruption in the government managed institutes. I did investigative reporting and produced all the facts and figures to the editor for publication.”

He says he exposed corruption in state-run institutes as they were maintained by the tax payers’ money. He simply did something legitimate in a peaceful manner. He revealed the Value Added Tax (VAT) scam which involved a loss of Rs 500 million to the state. He kept on revealing the facts and figures until it reached a staggering Rs 600 million. Eventually, the country lost over Rs 1, 500 million due to the VAT scam. “I personally lodged a complaint at the Bribery Commission against the VAT scam, but he was told that the commission was inactive at the time. 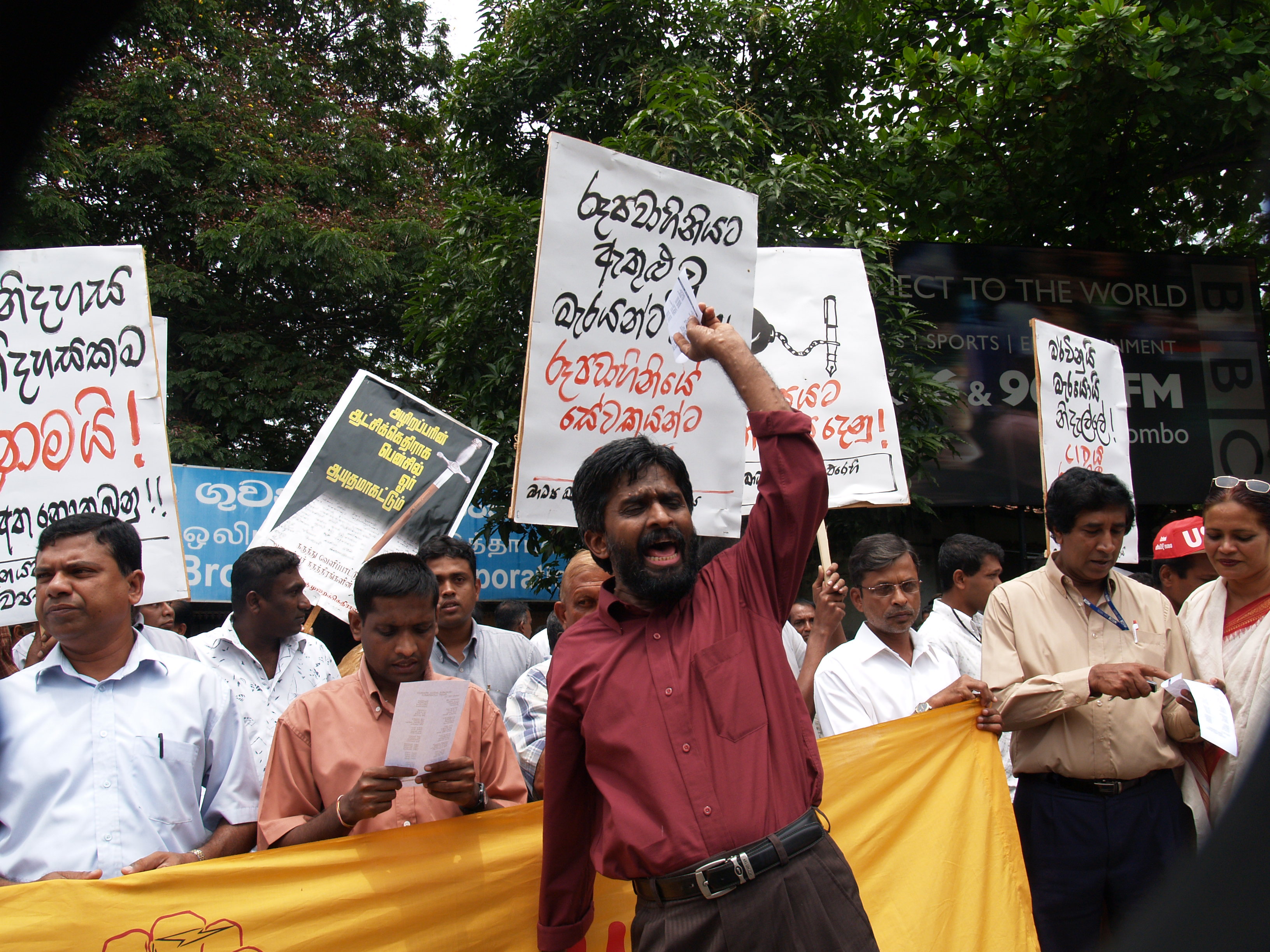 Jayantha was instrumental in launching several protests against various corruptions and the suppression of media freedom which led to his abduction and torture. However, he continued to remain in the country even after his abduction and torture. He stayed in the country for eight months although many embassies offered him political asylum. The embassies of the United Kingdom, United States and Switzerland were keen to help me. “The US ambassador Robert O Blake visited me at the hospital and asked me to get ready to fly to the US to obtain political asylum,” he said.

Jayantha fled to India subsequent to the assassination of the Sunday Leader editor Lasantha Wickrematunge thinking that he would face the same fate if he remained in the country. However, on his return to the country, he decided to seek asylum in a foreign country.

He left for the US with his wife and only daughter who was 12 years at the time. “My daughter is reading for her Bachelor of Engineering Degree at New York City University,” he said. Jayantha seems to be happy with his life in the US. He said he earns a decent income and has all the facilities for him to lead a comfortable life. Jayantha who now leads a happy life in the US has a humble beginning. He was born and bred in Poddala, Galle. His father was a rubber tapper and mother a tea plucker. He said he was compelled to find a job after completing his education due to the dire situation at home. He first worked as a security officer at Wijeya Newspapers (Pvt) Ltd. He began his writing career as a freelance journalist at “Ravaya” and later joined “Silumina” newspaper after following a Mass Media course at a university.

“Although I want to come back to Sri Lanka and work as a journalist, I am unable to do due to personal issues.One reason is my daughter’s education. Once she settles down, I will surely come back and return to journalism,” Jayantha said with a note of expectation.