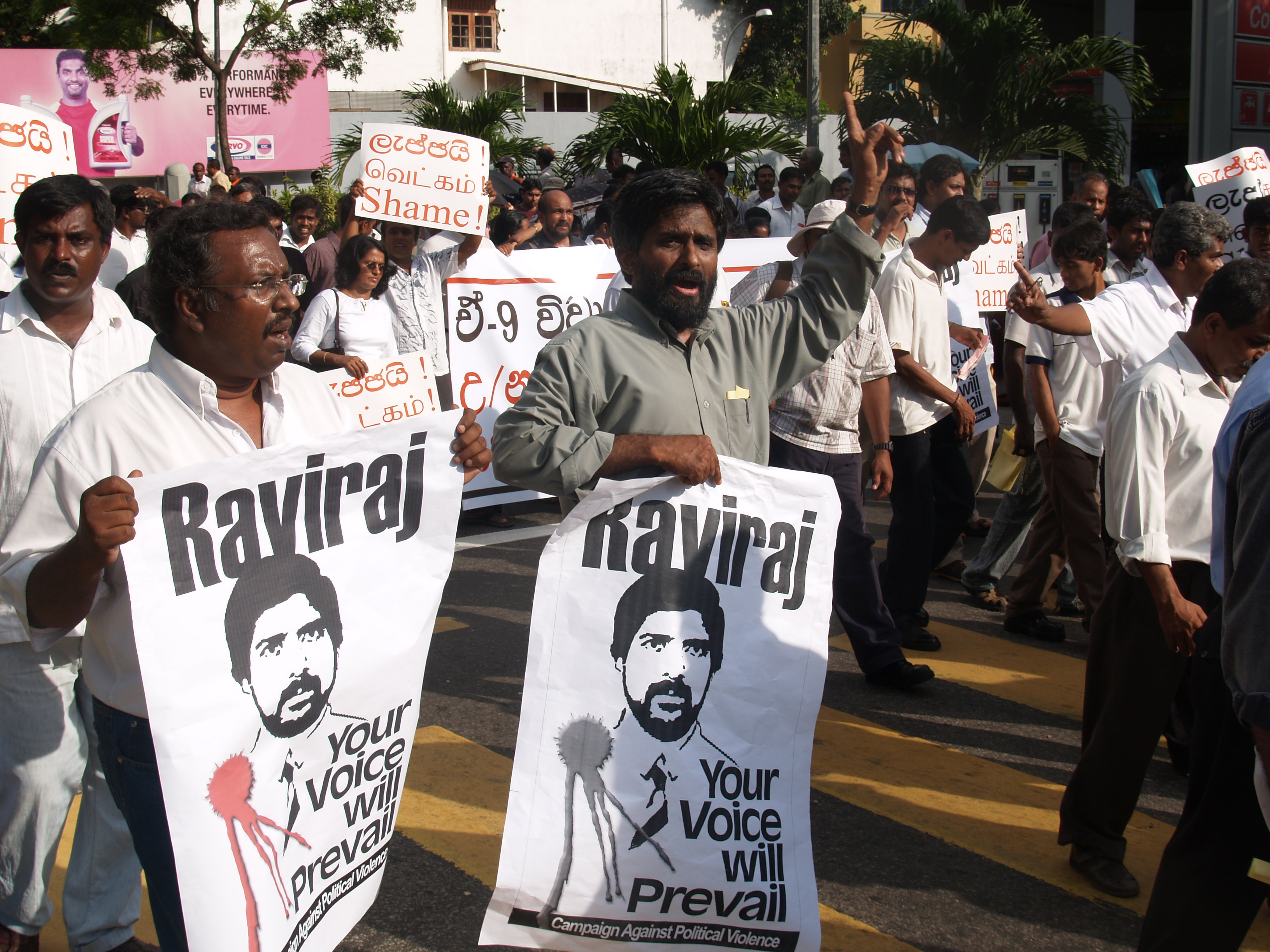 The Attorney General yesterday informed the Court of Appeal that the 2nd Accused-Respondent Navy Officer Sampath – who had been reinstated by the Navy after having been acquitted by the High Court in the Raviraj murder case – had disappeared following his release.

Deputy Solicitor General Rohantha Abeysuriya appearing for the Attorney General told Court that the Accused-Respondent Navy Officer Chandana Kumara alias Sampath was reinstated by the Navy after his acquittal from the murder case but he was wanted by the Police for another case.

He also told Court that the wife of the absconding Accused-Respondent had lodged a complaint with the Police that her husband had disappeared.

The Bench comprising Justices Kumudini Wickramasinghe and P. Padman Surasena fixed the matter to be taken up on 4 September to decide on the further steps.

Counsel M.A. Sumathiran PC had on 28 March pleaded the Court to issue a directive to the CID to trace the whereabouts of the three accused including Navy Officer Sampath and report to Court.

He brought to the notice of the Court that the main accused the 2nd accused Navy Officer was wanted in another case of abduction and killing of 11 persons in Colombo and he was absconding while the Magistrate’s Court has issued a warrant for his arrest.

Counsel Sumanthiran made the plea to find out the whereabouts of the Accused as the Attorney General told Court that the Navy could not serve notices on them.

He brought to the notice of the Court that the Attorney General’s appeal against the acquittal of the accused was pending and sought the Court to consolidate that appeal with the Revision Application.

In the Revision Application, Aggrieved Party/Victim Petitioner Sasikala Raviraj is seeking the Court to revise and set aside the Order of the High Court Judge allowing the request of the accused for the case to be tried before a jury as well as his verdict of acquittal.

She is also seeking the Court to find the accused guilty of all or several of the offences charged and pass sentence on them according to law.

She is asking the Court to otherwise order for a re-trial by a Judge of the High Court without a jury.

She states that Raviraj and one other person were assassinated on 10 November 2006.

The Attorney General filed indictment against the accused and when the case was taken up prior to trial, the Counsel for the accused made an application to the High Court that the accused be tried by a Sinhala-speaking jury.

Counsel representing the Aggrieved Party objected to the said application and Written Submissions were made, she states.

After the jury’s deliberations, on 24 December 2016, the jury returned a verdict of not guilty in respect of all Accused for all charges in the indictment and the High Court Judge thereafter discharged the Accused, she states.