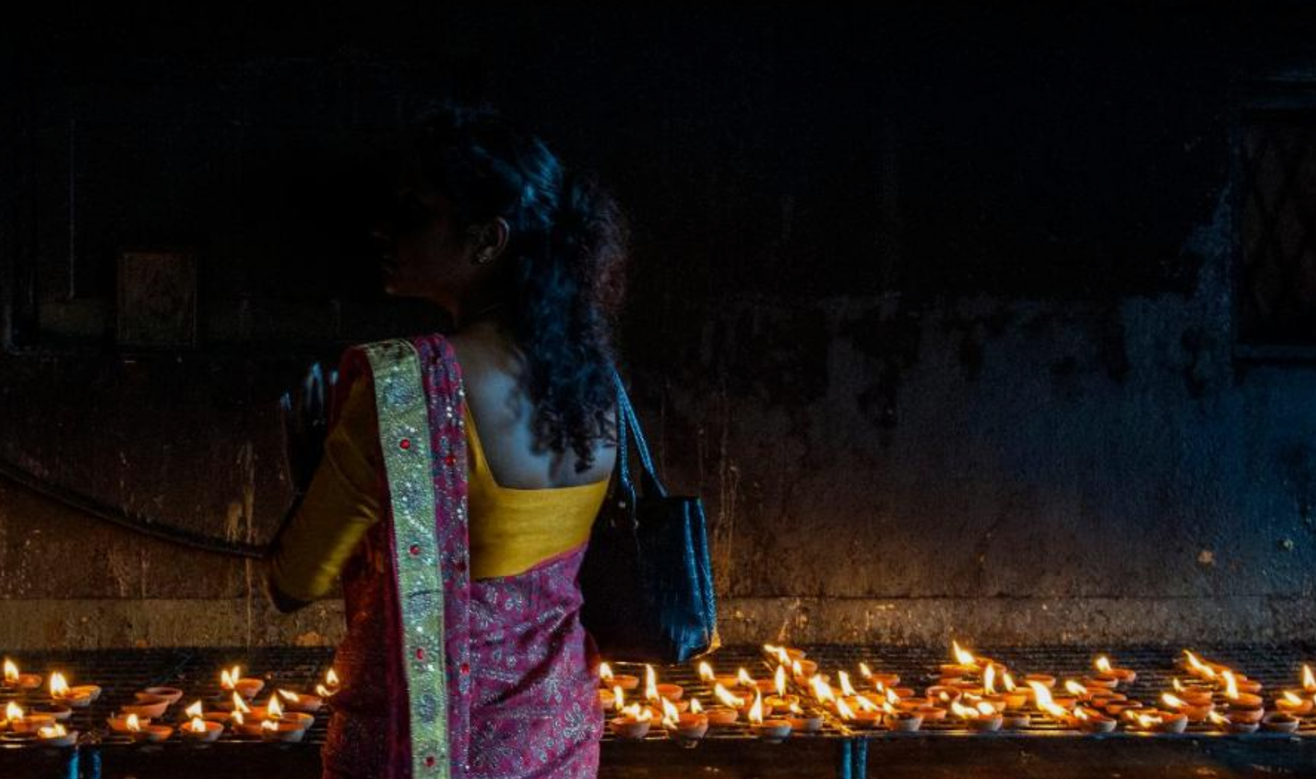 VAVUNIYA, Sri Lanka — It was midnight in 2008 when several members of Sri Lanka’s security forces barged into Rajendran Geetha’s house and took her husband, Sekar, from bed. “We only need him for a brief inquiry,” she recalls them saying as they blindfolded him and tied his hands with a black rope. In front of his wife, two babies and 10-year-old, he was then whisked away into the night.

Now nine years have passed – more than 100 months of desperate pleas and inquiries and paperwork – and yet Geetha still has no idea what happened to Sekar, a mechanic who she describes as a hard-working introvert. Without his income, she’s forced to work on a farm and take on odd jobs to provide for her children – now 18, 10 and 9. Basic expenses, like school books, are unaffordable.

“I think about my husband everyday, but now I am worried about my children,” Geetha says. “If he were here, it would be much easier.” 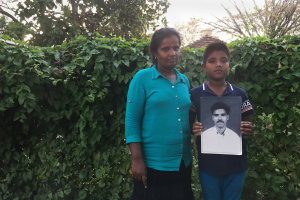 Rajendran Geetha lost her husband to the Sri Lankan Security Forces in 2008. (DEVON HAYNIE FOR USN&WR)

Geetha’s experience is hardly unique in Sri Lanka, an island off the southern coast of India where one in five households is woman-led. The brutal civil war that ravaged the country from the early 1980s to 2009 created as many as 90,000 war widows and in the North and East of the country, the area where the fighting took place. Advocates say tens of thousands more don’t know if their husbands are alive or dead. May 18 marks eight years since the end of the war, yet for many women the suffering still continues in the form of high levels of poverty, domestic abuse and sexual exploitation.

While the Sri Lankan government has taken some steps to help its female heads of households, advocates say they’ve yet to see real progress. In late winter and early spring, two U.N. bodies called on Sri Lankan leaders to improve the conditions for its war-affected women. And in recent weeks, women like Geetha have joined protests drawing attention to the military’s ongoing occupation of private land and the country’s missing.

“They are protesting because they don’t have ways to continue their lives,” says Sinnaiya Kalavathy, a field coordinator for the Centre For Human Rights and Development, a nonprofit group that works with women in Sri Lanka’s war-affected regions.

Of the approximately 245 million widows worldwide, more than half live in extreme poverty, according to the U.N. And Sri Lanka’s widows are no exception.

While most of Sri Lanka is not considered a poor country by international standards, the World Bank and other organizations say poverty rates are significantly higher in the war torn North and East. Many women in these areas, who are mostly members of the country’s Tamil and Muslim minority, were displaced during the war and have been unable to retrieve their land.

While they have received some economic assistance from the state, “livelihood is a serious challenge,” says Tej Thapa, an Asia researcher with Human Rights Watch.

Women who lost husbands in the predominantly Sinhalese Sri Lankan military, which crushed the Tamil rebels in 2009, are eligible for pension benefits equivalent to their spouse’s salary. But there is no equivalent program for Tamil wives of killed rebel fighters, or to women like Geetha, whose husband is among the tens of thousands of people who disappeared during the war, allegedly at the hands of government forces.

“We’re asking for a pension scheme for these women in the North and East, at least half the amount,” says Inthumathy Hariharathamotharan, head of programs at Viluthu Centre for Human Resource Development, which advocates for women across the country.

The government does have programs to give loans and other financial assistance to women heads of households in the North and East, but advocates say the amounts are low – just a few hundred U.S. dollars. Obtaining a death certificate is often part of the application process, which puts women like Geetha in a difficult position: does she pursue a death certificate, even if she’s still holding out hope that her husband is alive? Or does she get the death certificate regardless, and hope the government will still investigate his case down the road?

During a protest for the disappeared in late March, Geetha says she chose to go without the funds. “I don’t have any evidence to suggest he’s dead,” she says, pointing to the red dot on her forehead. “I wear this pottu in the hope that he’s alive.”

Female heads of households who try to claim their benefits often run into problems with local government officials, advocates say. Instead of benefits, women are sometimes offered animals or other items. In some cases women have been offered goats so emaciated they can’t produce milk, Kalavathy says.

Poor and vulnerable, Sri Lanka’s widows and female heads of households face the same issues as their counterparts in Asia, Africa, the Middle East and elsewhere: sexual exploitation. Advocates says it’s common for local government officials and others to offer assistance to women in exchange for sexual favors.

“The men are not subtle about their requests,” Kalavathy says. “They say, ‘If you come with me, you will get this document signed. If you sleep with me, you’ll get a job.'”

For women seeking economic help or protection for their families, these requests can be hard to deny. As a result, advocates say many women are entering into relationships where they can easily be abused. Sexual and domestic violence are on the rise.

While some widows and heads of households are allegedly being sexually extorted by Sinhalese men in the military, which still maintains a large presence in the North after its victory, they are also being targeted by their own Tamil-speaking communities, says Mano Ganesan, minister of national co-existence dialogue and official languages, and a Tamil himself.

“These isolated women are being used by some forces within the same community for their personal and private ends, and their lives are very much disturbed and destroyed,” he says.

Even simple tasks like walking home from work at night or running errands at odd hours can be intimidating for women like Geetha, advocates say. Some feel vulnerable to assault, while others worry about attracting stigma in a community where widows and female heads of households are too often assumed to be prostitutes, Kalavathy says.

In Geetha’s case, she’s careful about going out at odd times, and always makes sure to travel within her village boundaries. “We stay at home at night,” she says. “If someone were to notice, it’s very unsafe.” Traveling to protests near her house makes her uneasy. “I don’t come to the protests often,” she says, because like other demonstrators, she’s worried she’ll be monitored by the police.

The Sinhalese-dominated Sri Lankan government has made several pledges to address the challenges facing war widows and other single women in the war affected areas. Officials recently began issuing certificates of absence that can help women qualify for money without death certificates. And the Ministry of Child and Women Affairs is putting together a national strategy on women headed households.

These initiatives may sound positive, but activists are skeptical they will make a significant difference. Details about the certificates of absence are murky, for example, and few people even realize they exist. Back in 2015, the government started a National Center for Empowering Widows and Women Headed Families, and while it sounded nice, “it didn’t do anything at all,” says Hariharathamotharan. Other initiatives, like building homes for women, were promising, but too small scale to make a difference.

“Women’s issues are not really an important issue for the government,” says Shyamala Gomez, country director of FOKUS Women Sri Lanka, which advocates for women in the country.

Some nongovernmental organizations are pushing for change at the local level, training women to become more active in politics, to report abuse and demand accountability. But without more government support, advocates say it’s difficult to make a lasting improvement.

“The government needs to provide an effective system which provides livelihoods. Without that, whatever we do is pointless,” Kalavathy says. “It’s hard to fight for justice when you’re starving.”

Devon Haynie reported from Sri Lanka on a fellowship through the International Reporting Project.
USNEWS