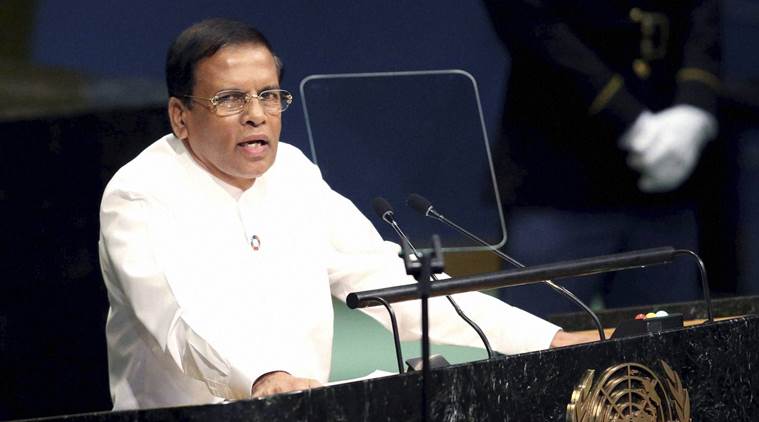 The Muslim groups had pointed out that since mid-April, over 20 incidents of violence, hate, intimidation and threats have been reported against Muslims and their places of worship. No arrests have been made so far.

Sri Lanka President Maithripala Sirisena has ordered the law enforcement agencies to take stern action against those responsible for carrying out the current spate of attacks against Muslims and damaging their places of worship. The Muslim groups had pointed out that since mid-April, over 20 incidents of violence, hate, intimidation and threats have been reported against Muslims and their places of worship. In some cases there have been arson attacks against Muslim-owned businesses in several towns. No arrests of attackers has been made till date.

The US and British embassies have issued statements condemning the incidents of violence against the Muslim community by the organisation named BBS (Bodu Bala Sena Forces of Buddhist Power). Its leader the Buddhist Monk, Galagodaatte Gnanasara is accused of issuing public threats on Muslims and verbally abusing Islam faith.

“Any attack on a house of worship is reprehensible. I hope authorities arrest and try the perpetrators soonest,” US Ambassador Atul Keshap tweeted. “Attacks like this deserve condemnation,” James Dauris, the British High Commissioner tweeted.

Gnanasara made a forceful entry to national integration minister Mano Ganesan’s ministry last week and verbally confronted the minister, who is a minority Tamil. Ganesan then raised the issue at this morning’s cabinet meeting following which Sirisena ordered stern action against the accused.

The Secretariat for Muslims (SFM), a Muslim civil society organisation, has urged the government to deal with the situation and to ensure the rule of law.