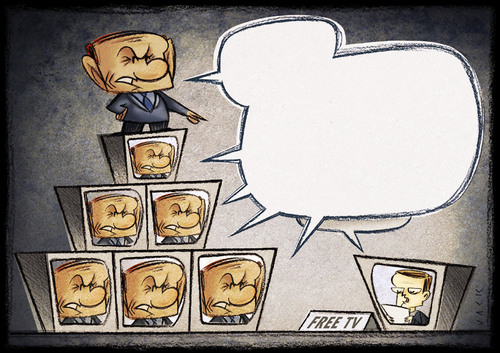 Nimal Bopage, Secretary to media ministry has sent a letter to Derana TV station calling  explanations for distorting a speach meda by president Sirisena. He has given 14 days for the station to provide explanations before further action.

Acording to the letter Derana media chain had been found guilty of using its electronic transmission  frequency  to distort the statement made by president Maithripala Sirisena in regard to  war  heroes being hauled up in courts .

In its 10 PM  on 09 the Sunday Derana TV stated that it has responded to all ealier letters sent by secratary to the media ministy and they have not distorted the presidents speech. 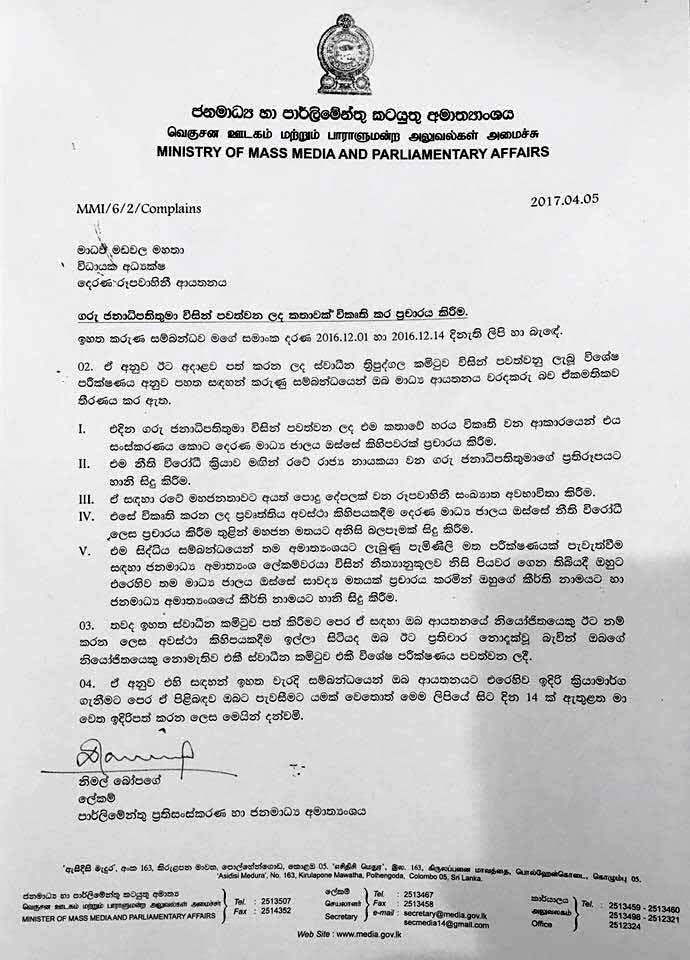 We have decided to put forward the true fact before the public in the face of this attempt at a smear campaign targeting the people’s trust in TV Derana, which unsurprisingly comes in the backdrop of TV Derana recently being ranked as the number one television channel in Sri Lanka, according to LMRB rankings.

A letter dated 5, April 2017 which was sent by secretary to the media ministry, Nimal Bopage, had declared that a three member committee has found TV Derana is responsible for five charges for allegedly distorting and telecasting a speech made by President Maithripala Sirisena.

The letter further stated to make representation within 14 days with regard to the charges.

The news telecast on Sirasa TV, based on the personal letter addressed to TV Derana, came in a situation while a discussion was scheduled to be held with the President in this regard within next few days.

While TV Derana was preparing to make a response through a Counsel within the given period, the meeting was organized after the media minister was appraised regarding the matter, since we were of the view this trend would harm the policy of the Yahapalana government on the media freedom.

TV Derana further is looking forward to take legal action against persons who are responsible for misusing their powers to issue this letter to other media organizations in order to damage our good reputation.

The people will decide the truthiness and our unbiased policy which we maintained for over 12 years. As always, Ada Derana is dedicated be unbiased and we are mindful of public trust.

The ministry earlier accused TV Derana of editing and telecasting the President’s speech, made during an event at the Sri Lanka Foundation Institute on October 12, 2016 in a manner that its meaning was distorted. The secretary to the ministry on October 25, 2016 notified the Chief Executive Officer (CEO) of TV Derana that an inquiry has been launched into the matter.
AD

Previous post Photo Essay: The pain and sadness in the air; Covering the Colombian landslide
Next article Admiral Sarath Weerasekara on Prageeth and Sandya: Lies and damn lies