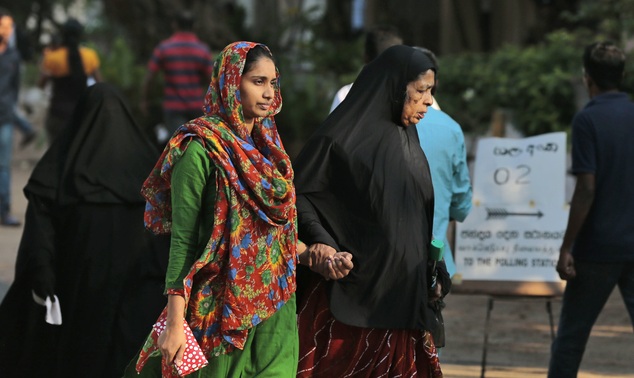 We the undersigned find the recent statements of the Chairperson of the All Ceylon Jamiyyathul Ulama (ACJU), that reform of the Muslim Marriage and Divorce Act (MMDA) is not needed, to be unacceptable.

It is patently clear that the ACJU has contributed to the 8-year delay in the reform process despite the desperate need for substantive reform of this law. Furthermore, the recently released submissions of the ACJU on MMDA reform, completely ignores the present day lived realities of the Muslim community in Sri Lanka.

For example, it shocks our conscience that Islamic jurisprudence is misinterpreted to justify child marriage and prevent women being appointed as Quazi judges. Their arguments go to the extent of suggesting that any person appointing a woman as a Quazi is “sinning”, such appointments are invalid and her judgments “carry no weight”.

These stances are misogynistic, discriminatory and archaic, not merely in present day Sri Lanka but for any part of the world.

In light of this latest objection to any law reform by ACJU, we state the following: To the members of the MPL Reforms Committee:

We are deeply disappointed that the 2009 MPL Reforms Committee chaired by Justice Saleem Marsoof continues to permit the deliberations on reform to be delayed and allows itself to be held hostage in this unreasonable manner by a few extremist members who do not represent all the Muslims in the country.

The call for the release of the report on reforms has been made throughout 2016, but to no avail. Now it appears that people opposed to reforms like the ACJU who have access to the draft report are using it to mobilise opposition and to discredit the report in public. Allowing only ACJU to have access to the report and run a public campaign against it not only imperils the Committee’s process, but is also disadvantageous to other stakeholders, including women’s groups, who do not yet have access to the findings of the report.

In light of recent events, we strongly urge the Committee to finalize the reforms report, record dissenting views if any, and release the report to the public without any further delay.

To Muslim and non-Muslim political leaders:

We are appalled at the continued silence of Muslim political leaders to the statements issued and documents released by the ACJU. Their lackadaisical attitude towards and lack of leadership in addressing the Muslim personal law reforms is prolonging the injustices faced by Muslim women and girls. As a result of their silence we believe we are in danger of letting the thinking of unelected and unrepresentative organizations that take positions based on narrow and literal interpretations of the Islamic text and tradition to determine the future of the Sri Lankan Muslim community. (Statement Release: 4/4/2017 Statement initiated by MPLRAG – www.mplreforms.com 2/2 )

Their statements and submissions amount to sanctioning of discrimination and inequality through state-sanctioned institutions and processes. We reiterate the urgent need for the political leaders to focus their attention on the reforms process, recognize the diversity of view points within the Muslim community and to respond without any further delay to do right by the women and girl children of the Muslim community.

We urge all political leaders to speak out against abusive practices, against the threats faced by Muslim women raising these issues and to respond positively to the urgent need for reform of the MMDA.

To the Sri Lankan State:

Therefore the Sri Lankan State has the foremost responsibility to ensure that State laws protect rights of citizens and are not in-turn causing gender based violence, discrimination and injustice.

We urge the Sri Lankan government and all relevant state authorities to question the delay in addressing these problems and to recognize that the marginalized voices of women and girls of the Muslim community also constitute a valid community position. Beyond ensuring MMDA reforms, the State must without further delay and as per 2017 CEDAW Committee recommendations:

The call is simple – Do the right thing and do it now!

11. The Sri Lanka Campaign for Peace and Justice