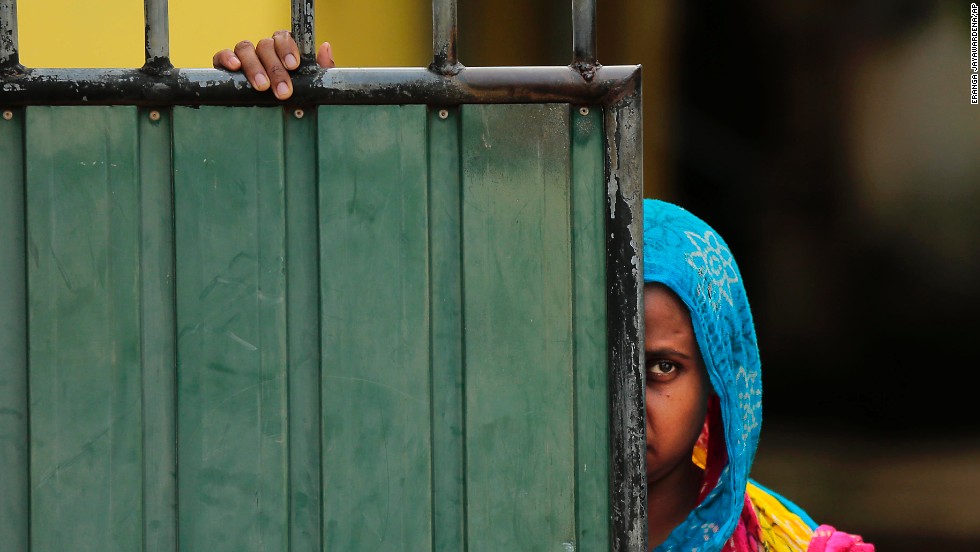 Despite its broadly progressive approach to female empowerment, Sri Lanka holds a dark secret: women in its minority Muslim community are second-class citizens – by law. Now, outdated legislation that dates back more than 65 years is being challenged by Muslim women from across the country.

Sri Lanka gave the world its first female prime minister, Sirimavo Bandaranaike, and South Asia its first female president, Chandrika Bandaranaike Kumaratunga. Sri Lankan women are known for their progressive nature and high literacy rates compared with other countries in South Asia. But the country still has the patriarchal Muslim Marriage and Divorce Act (MMDA), which allows girls as young as 14 years to be married off, without their consent.

Efforts to reform the MMDA are being met with stern resistance from hardcore religious groups, who have been attempting to disrupt a process of reform that is in the hands of a committee appointing under a previous government.

According to one political analyst, the MMDA is a very sensitive matter because of its religious aspect, leading successive governments to ignore it despite the fact that Sri Lanka’s constitution guarantees equality to all citizens. Behind Hindus, Muslims are the second largest minority in the largely Buddhist country, accounting for some 9% of the population.

The 16-member Muslim Personal Law Reform Committee was appointed in July 2009 to reform the MMDA. Headed by former Supreme Court judge Saleem Marsoof, its recommendations to the parliament of Sri Lanka are long overdue: owing to consistent hurdles and opposition, its final report has been delayed and delayed.

‘The Quazi court system is funded by the state, so it is the government’s responsibility to ensure women in Sri Lanka are not discriminated [against] by law’

The reform process received its latest setback when committee member Rizwe Mufthi, who is also president of the All Ceylon Jamiyyathul Ulama (ACJU), the apex religious body of Islamic theologians, made a statement that the MMDA was “perfect in the present state.” This was met with severe opposition from activists, as well as from Marsoof himself, who said Muslim clerics were attempting to hamper the process. He added that some members committee members even felt intimidated by the ACJU.

Apart from allowing child marriages, the MMDA, enacted in 1951, also allows a male guardian (father or uncle) to force his daughter or niece into marriage, even if she objects. A Quazi court system, which ostensibly upholds Sharia law, permits only men to sit as judges, even while other Muslim countries, including Malaysia, permit women to be Quazi judges.

Hyshyama Hamin, an activist with the Muslim Personal Law Reforms Action Group emphasized that it was the state’s responsibility to ensure there is no discrimination of women by law, regardless of which religious group they belonged to. “As per the MMDA, Muslim women are treated inherently as minors, and they do not have the full autonomy in the matter of marriage,” she pointed out. “The Quazi court system is funded by the state, so it is the government’s responsibility to ensure women in Sri Lanka are not discriminated [against] by law.”

Hamin also described how, during divorce proceedings, a Muslim man is never questioned as to his reasons for requesting a divorce, yet when a Muslim woman files for divorce, her request must be accompanied with witness statements and evidence detailing why she requires a divorce.

Activists want the minimum marriage age be raised to 18 for Muslims, in line with the law for other citizens.

Hamin, along with Hasanah Cegu Isadeen, a lawyer, released an independent report late last year that documented some appalling consequences of the MMDA. “Unequal Citizens: Muslim Women’s Struggle for Justice and Equality in Sri Lanka” exposed how a 15-year-old girl was forced into marriage by a mosque committee citing “bad reputation” after a man who had been harassing her entered her home forcibly and tried to molest her while she was changing her clothes.
By Munza Mushtaq

In another incident, a husband was accused of beating his 16-year-old bride with a helmet, causing her serious injuries, because she refused to ask her mother and brother to sell their remaining property and give him the money.

The report also detailed the harrowing experiences women have to undergo at the hands of the Quazi court system. In one instance, a girl who was married at the age of 14 applied for divorce, claiming she had been severely sexually abused by her husband. A judge interrogated her for more than two hours, demanding to know specific details about the sexual violence, which resulted in the girl suffering from further psychological trauma and even attempting to commit suicide.

Early this year, the Colombo District Masjid Federation initiated a petition against the reforms. There were reports that those collecting signatures outside mosques after Friday prayers were asking men to also write down the names of their wives, sisters and mothers.

Meanwhile, the Sri Lanka Thawheed Jama’ath led a demonstration in Colombo demanding that child marriages continue to be allowed. Children as young as 10 were seen holding placards.

However, the government has continued to come under pressure from groups demanding action to ensure equality for Muslim women. The Women’s Action Network (WAN), a collective of eight women’s organizations working in the north and east of Sri Lanka has called on the government set a minimum age of marriage for all citizens and ensure state-salaried positions are open to women, among other demands.

“WAN is of the firm belief that it is both the MMDA and its implementation that allow for unequal and unjust treatment of Muslim women and girls, such as allowing child marriage, treating adult women as minors to strip their autonomy, restricting women from state-salaried positions, such as becoming Quazi judges, setting forth unequal divorce provisions for men and women, [and] allowing unconditional polygamy, among other concerns,” WAN said in a statement.

This week, more than 300 organizations, action groups and individuals demanded accountability for the MMDA reform process. In an open statement, they expressed their disappointment over the lackadaisical attitude of Muslim and non-Muslim leaders toward its and lack of progress in addressing the injustices faced by Muslim women and girls. In an appeal to the government, they reminded it that the MMDA and Quazi court system were established and administered by the state, and, in the case of the latter, funded by it.

“The MMDA is enacted as a statute and judgments made through the Quazi court system are legally binding and enforceable only by the authority of the state. Therefore, the Sri Lankan state has the foremost responsibility to ensure that state laws protect rights of citizens and are not in-turn [sic] causing gender-based violence, discrimination and injustice. We urge the Sri Lankan government and all relevant state authorities to question the delay in addressing these problems and to recognize that the marginalized voices of women and girls of the Muslim community also constitute a valid community position,” the statement read.
AITIMES