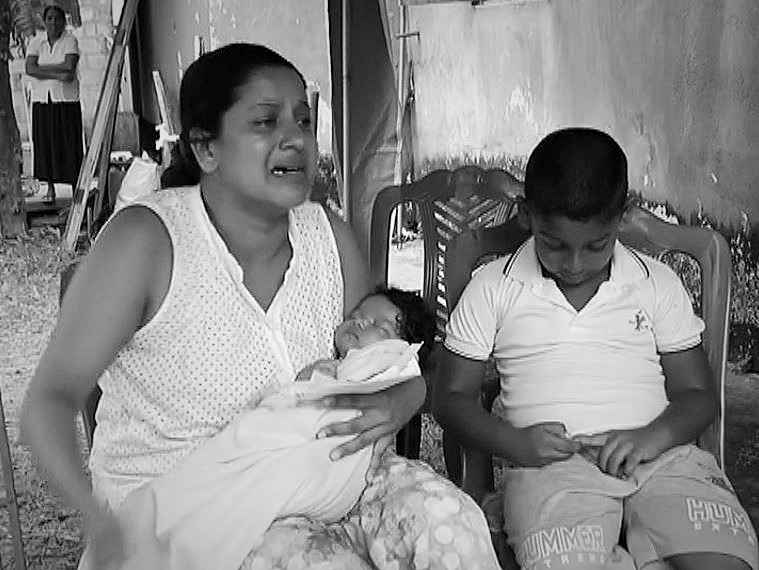 The characteristic response of the government is to prevent serious investigations into such killings. The investigation process is usually stymied in the following manner:

(i) The investigations are handed over to the Assistant Superintendents of Police and other senior officers in the same area, rather than the Criminal Investigation Division, which is more likely to conduct an impartial inquiry;

(ii) During the investigations, family members and other relatives are intimidated and discouraged from revealing what they know about these killings;

(iii) A tall tale is invented by the police. They claim that the person has committed suicide or something similar, assigning the blame for the killings onto the victims themselves;

(iv) Pressure is put on magistrates by senior police officers in order to save ‘their boys’.
This is a common characteristic in most of the inquiries into extrajudicial killings, and there are retired magistrates and district court judges who have frankly admitted the extent of pressure they were exposed to in dealing with extrajudicial killings that took place at police stations; and

(v) In the rare cases where police officers are arrested for such crimes, they are often not subjected to the full and impartial trials and sentences required by law.

As seen in the first of the two cases below, to the credit of the Inspector General of Police (IGP), there appears to be more space for investigations when those at the top directly intervene. It is hoped that the government will move to eradicate the practices that have become entrenched in Sri Lanka’s system of policing by reforming the system itself, and ensuring that there are impartial and thorough investigations into such heinous crimes.

On the night of 25 February 2017, a group of police officers visited the residence of Chadik’s mother. The officers claimed they wished to take Chadik to the police station to record a statement from him. However, he was not at his mother’s residence. The officers then went to Chadik’s house.

When the officers reached Chadik’s house, they knocked on the door. His wife, who was frightened, said that she was alone and would not open the door. She also questioned who they were, and said she would call 119. The officers told her to “go ahead”. Then, just as she turned away from the door to pick up the phone, the officers smashed through the back door.

Chadik’s relatives wanted to visit the Peliyagoda Police Station the next morning, but a family friend informed them that Chadik was not there. They were informed by another friend that Chadik had been taken to the Colombo National Hospital.

The family searched for Chadik at the hospital and eventually recovered his body at the Police Mortuary in Colombo. According to a relative, Chadik’s shirtless body, covered in sand and laying on a gurney, was handed over to the family.

Later, the police issued a communiqué stating that Chadik, who they said was a ‘suspect’, had fallen ill while in police custody and had been taken to the hospital, where he passed away. According to the officers, the deceased was arrested following information provided by someone who was arrested in connection with several robberies.

To his credit, the Inspector General of Police (IGP) ordered an immediate investigation into the death. Following the investigation, five police officers were arrested in connection with the death: a Police Sub-Inspector and four police constables were arrested at Police Headquarters by a ‘Special Police Team.’ Later, they were produced before a Colombo magistrate and remanded.

Thorough investigations must take place into this death. Chadik’s relatives maintain that he was illegally arrested and extra-judicially killed by police officers. It appears to be yet another example of the way the Sri Lankan police system functions. Extra- judicial killings of suspects, often innocent, are carried out in the guise of crime prevention. Numerous victims have been killed in police custody after being arrested.

The Killing of Mr. Sunanda Dias

On 2 November 2016, between 12.30pm-1pm, a team of police officers arrested Sunanda at his home. He was then severely tortured by the officers in front of his relatives and neighbors. Sunanda’s mother, Ms. K R Dhammika, pleaded with the officers to stop, but they ignored her and continued their assault.

Afterwards, he was brought to the Headquarters of the Gampaha Police Station by car.
In the evening, Sunanda’s friend, Mr. Anuja Pushpakuma, went to the police station to visit him while he was detained in a cell. Anuja learned about the incident from Sunanda’s mother. Although Anuja brought food and a milk packet for the victim, he refused the food and drank only few sips of milk.

On the third evening, Sunanda’s mother informed Anuja that her son had been admitted to the Gampaha General Hospital. The message had been delivered to the family by a police officer on his mobile phone. At 6pm Anuja, visited Sunanda in the hospital. He saw his friend in Ward No: 7 on the 5th floor. One hand was cuffed to the hospital bed and a he was on a saline drip. Sunanda was seriously ill and not able to get up from the bed or move on his own. Several police officers were guarding him. Although Anuja tried to give his friend some food, the officers would not allow it.

In the evening of the same day, Anuja went to the hospital again. This time, Sunanda tried to talk to him. He needed to go to the washroom to relieve himself. Anuja and a police officer partially lifted and carried him to the washroom, as he could not walk by himself. There he removed the bedsheet which was wrapped around his body. Then Anuja saw how both his knees were swollen. Sunanda told him that he had been severely tortured at the police station. The officers had beaten him with poles. Anuja also observed a large number of contusions on the victim’s back. Sunanda explained to him that all these were the result of the severe torture he suffered. The horror, stress and pain he was under made him breakdown and cry in front of Anuja.

On the fourth morning, at 5.30am, Anuja went to the hospital again, but Sunanda was not in his same. Anuja asked the other patients the whereabouts of his friend. Finally, the ward nurse said that Sunanda had been taken to the National Hospital of Colombo after a fall. Anuja went to Sunanda’s parents and informed them of the situation. Later, the victim’s sister, J B Suwendani Dias, asked the police how her brother was. The officer abruptly informed her that Sunanda was dead.

At 12.30pm, Sunanda’s father, J B Gunawardana, went with Anuja to go to the NHSL. Several prison officials approached them and told them that Sunanda had jumped out of a window and ran, and that he had been brought to the NHSL after a hospital attendant noticed him lying on the floor. Anuja vehemently refuted this explanation. Firstly, as Sunanda was handcuffed, how could he get out of bed? Secondly, both of the victim’s knees were swollen and he was unable to move, so how could he walk, never mind run? Anuja and the victim’s father both accused the officers of killing him by pushing him out the window to cover up the evidence of their torture. The officers then left.

Anuja was called to give evidence before the Judicial Medical Officer before they conducted a post-mortem examination. He testified before the coroner at the death inquest. Before he gave evidence, a police officer from the Gampaha Police Station threatened him, warning him not to reveal what he had witnessed. However, he reiterated that he would testify to what he witnessed throughout the whole process, from his friend’s arrest until his death.

Anuja and Sunanda’s family members state that he was illegally arrested, detained, severely tortured and finally extra-judicially killed—all to cover up evidence of torture by the police. They seek justice for him.

1. Assign the task of investigating deaths at police stations to a Special Unit of Inquiry of the Criminal Investigation Division;

3. Make sure statements are taken from all police officers at a particular station about all events surrounding such murders.