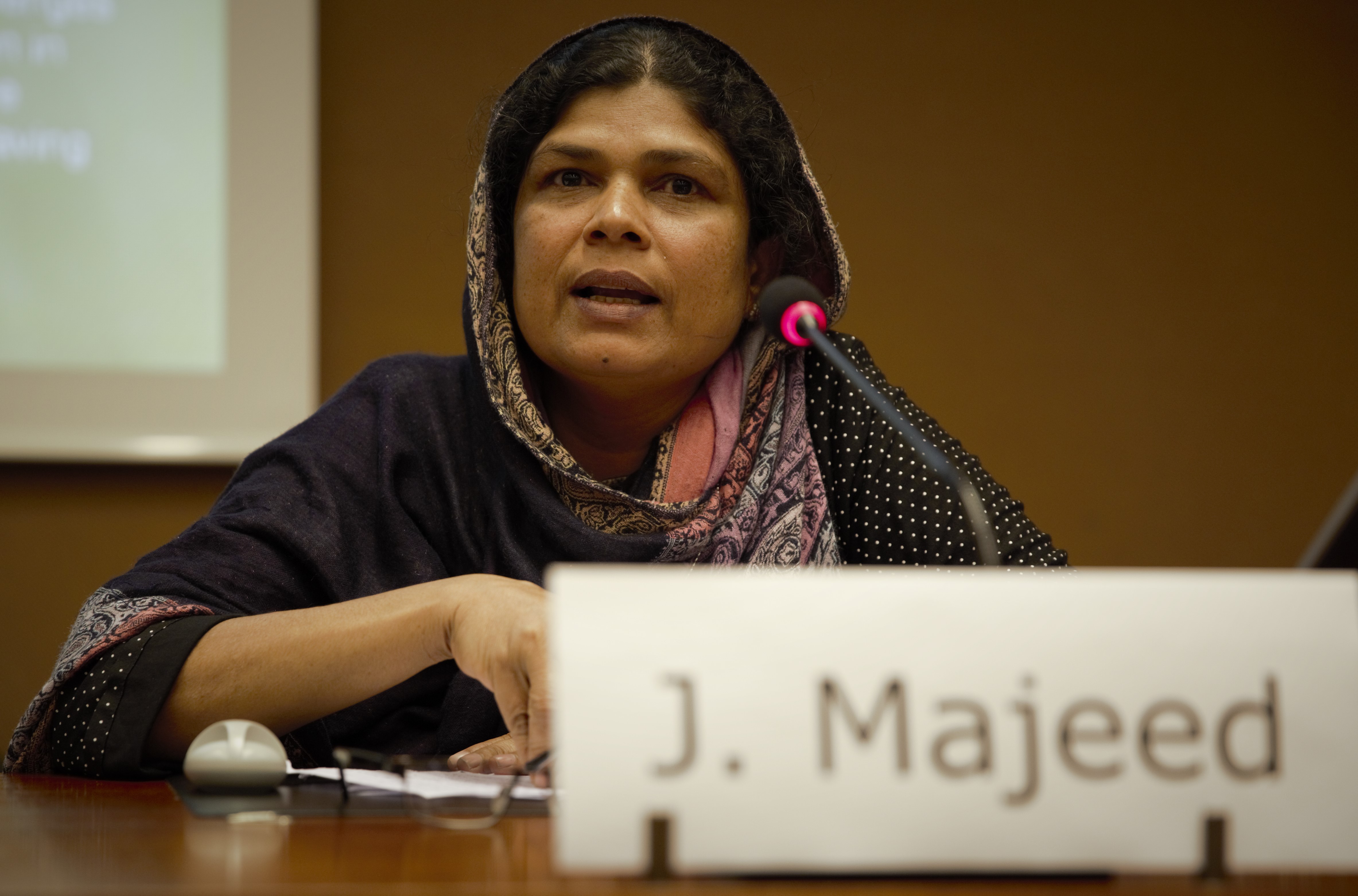 Image: Jensila Majeed speaking at a side event organised by IMADR at HRC 34 on Women and Minority Rights in Sri Lanka’s TJ process. ©s.deshapriya

75,000 Muslim were evacuated by the Liberation Tigers of Tamil Eelam (LTTE) in 1990, just because we were Muslims. Government of Sri Lanka (GoSL) or UN didn’t intervene when Muslims were chased out from the North within 48 hours. Only 8 Sri Lankan Rupees for dry rations were provided by the Government.

After the end of the war in 2009, Muslims in the Northern Province were able to go back to our lands. But the GoSL or representatives of the Tamil community haven’t invited us to come and settle in our lands until today. In 20 years the number of families has multiplied in many folds. Now it is not easy for us to go and settle in by ourselves. So far the Government hasn’t given us any support to resettle with basic needs. 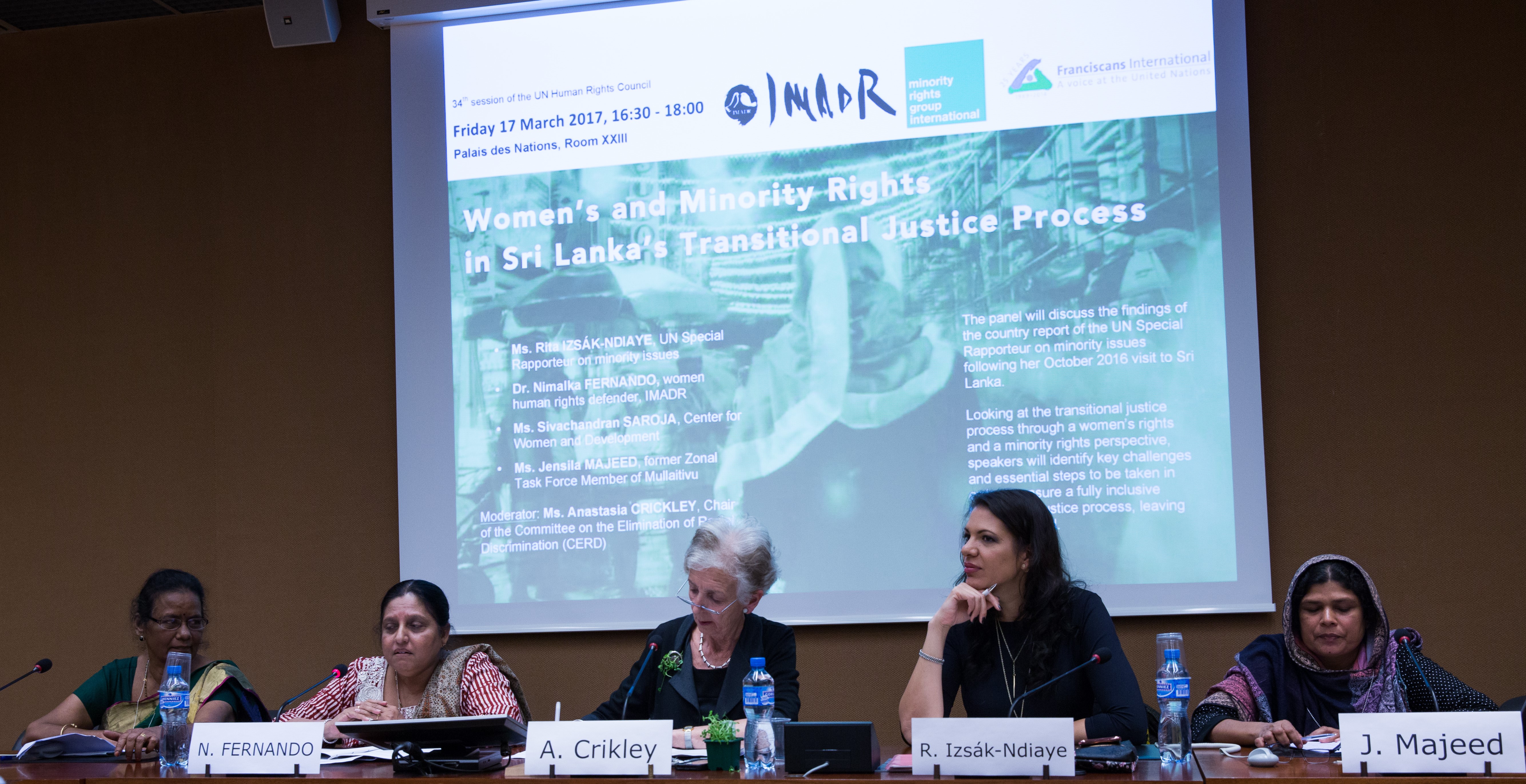 Therefore the Government is not showing any concern to provide lands for the returnees. Compare to the other four districts of the Northern Province, only Muslims in Mannar district got lands. But not everyone.

Challenges of the Muslim community are not taken seriously. It is unheard and submerged in the Tamil minority issues. While the land re-distribution is taking time due to the interference of both Muslim and Tamil politicians, disputes have occurred frequently.

Therefore, the Government of Sri Lanka has the obligation to ensure equal rights and equal opportunities for Muslims to live in our own land with dignity.