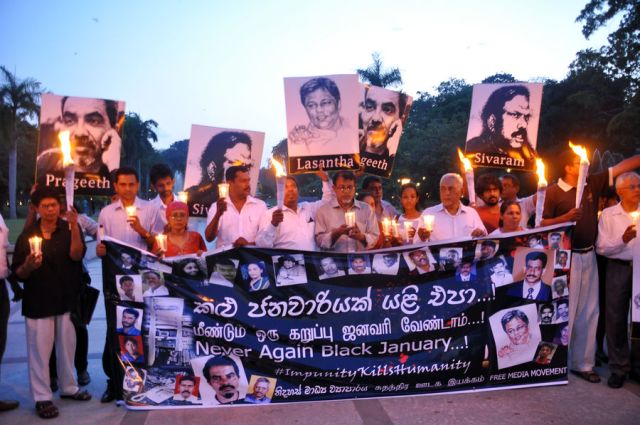 The Free Media Movement and the International Federation of Journalists have condemned the statement made  by president Sirisena he will protect the members of the armed forces and police, claiming that such allegations are made by NGOs and United Nations.

The International Federation of Journalists (IFJ)  has joined its affiliate the Free Media Movement (FMM) Sri Lanka, in expressing its dismay over the statement made by President Maithripala Sirisena discouraging investigations into crimes against journalists by the security forces. The IFJ urges the Sri Lankan government to ensure that crimes against journalists are thoroughly investigated and the perpetrators speedily prosecuted.

In its statement the IFJ says that “The statement by the President of Sri Lanka hints at the government’s unwillingness to deliver justice to journalists who were victimized by the earlier regime. With the Sri Lankan government needing to expedite criminal investigations to end impunity for crimes against journalists, such a statement by the head of state is a matter of concern. The IFJ urges the Sri Lankan government to move ahead with investigations of crimes against journalists, especially those committed by the security forces, and deliver justice.” 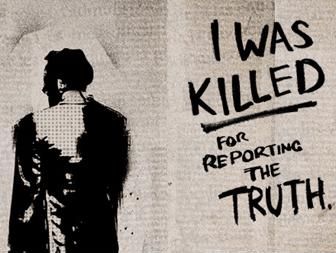 Further the FMM says that “some names of the members of security forces are mentioned in relation with certain crimes perpetrated against journalists and media institutions. Today, all the investigations seem to be in a stalemate. The demand for expedite investigations and deliver justice for victims cannot be condensed to a mere request of a few NGOs; It is a broad social demand. In this context, such sporadic statements that condemn the above broad social demand and certain parallel actions taken might lead to further discourage stalemate investigations; also to breach the trust of people for the justice. ”

President Sirisena on March 4 while referring to the allegations made against the security forces, stated that he would protect them. While speaking at the Palali Air Force Base, the President said such allegations are made by NGOs, referring to the latter in a derogatory manner, adds the IFJ statement.