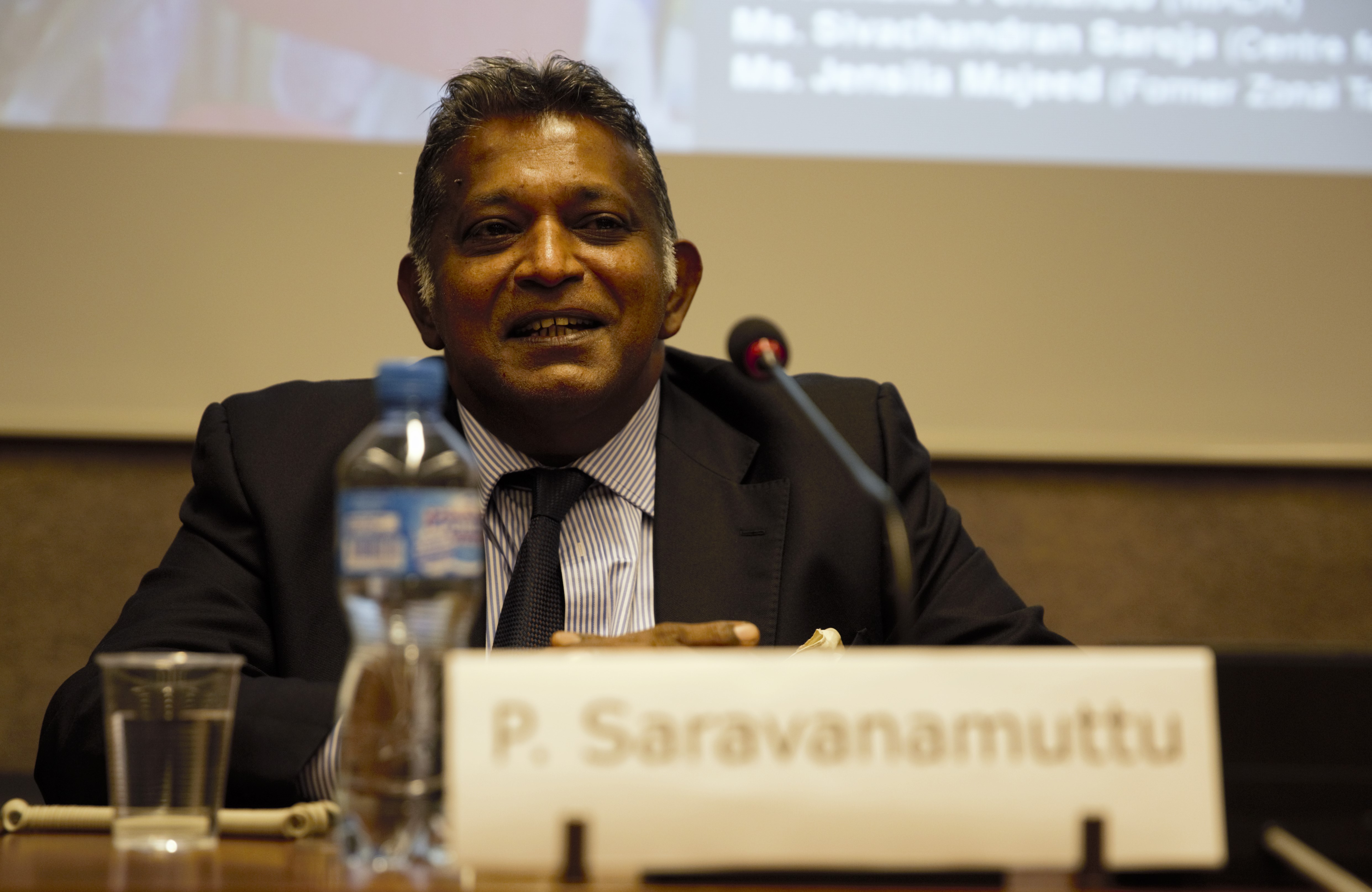 Oral Statement delivered by Dr. Paikiasothy Saravanamuttu  at the Interactive Dialogue with High Commissioner on Report on Sri Lanka.

I appear before you as a human rights defender who was labeled a traitor and terrorist because of a staunch belief in a citizen’s responsibility to protect and strengthen human rights, justice and equality in Sri Lanka. Accordingly, I welcome the remarks of the High Commissioner, noting the cooperation of the current Government with the Special Procedures and the initial steps it has taken on transitional justice.

More, much more needs to be done and in the two years the Council grants to the Government, I sincerely hope and strongly urge that it make clear to the Government that a number of measures as laid out in Resolution 30/1 can, should and must be taken in that period to ensure that transitional justice will be realized in substantive, if not in full measure. The Special Procedures and the Consultation Task Force on Reconciliation Mechanisms appointed by the Government, of which I was the Secretary, have also made a number of recommendations adding to and reinforcing Resolution 30/1. The Consultation Task Force Report records the concerns and expectations of over 7,300 Sri Lankans from all communities, on the gamut of issues of transitional justice and its pivotal importance. The Government must heed the voices of its citizens.

In particular, the expedited return of land, the repeal of the Prevention of Terrorism Act and its replacement with legislation consonant with international human rights standards, a political and constitutional settlement of the conflict, demilitarization, an end to the culture of impunity, upholding the rule of law and and the establishment of the Office of Missing Persons and the other mechanisms and measures identified in Resolution 30/1 and the Task Force Report.

Mr. President, the Council must impress upon the Government of Sri Lanka that time is given to do the rest of what needs to be done, as identified by its citizens and this Council.