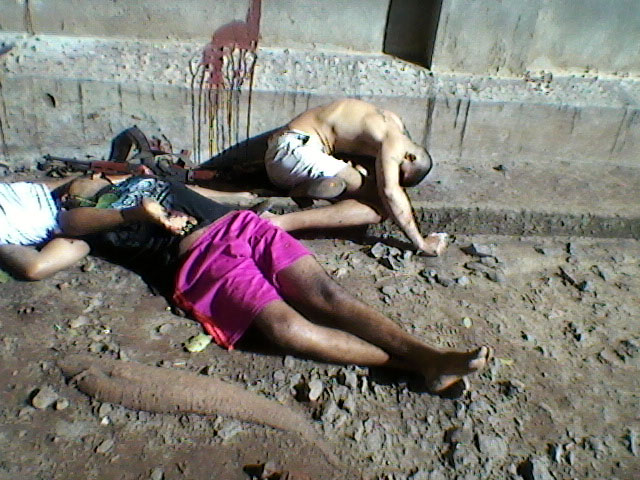 Image: Victims of the prison massacre .

Prime Minster Wickremesinghe tabled the report in parliament on Welikada prison killings and promised to bring the killers to book  on 7th February.

PM told the parliament that the government is awaiting a police report on the incident and on its receipt those responsible for the killing of 27 inmates and injuring 40 others would be identified and due action would be taken thereafter. The committee submitted its report on June 9, 2015.  Although it was not make public by the Wicemesinghe weekly Sinhala language newspaper Ravaya has been released the report under heading ” The report Ranil want to hide”.

The committee had recommended the payment of Rs 500,000 to family members of each inmate killed and Rs 100,000 to each inmate injured.

Prime Minister Wickremesinghe on behalf of the Government strongly condemned those killings at the Prison which took place during the previous regime led by Mahinda Rajapaksa. and said that action would be taken against individuals responsible for the killings of prisoners at Welikada in 2012 once the Government received the police report into the incident.

He said he had already instructed the Prison Reforms, Rehabilitation, Resettlement and Hindu Religious Affairs Ministry to take steps to implement the recommendations made by the Committee report.

The Prime Minister said a copy of the report had also been forwarded to the IGP. He said the Justice Minister had sought Cabinet approval to pay compensation.