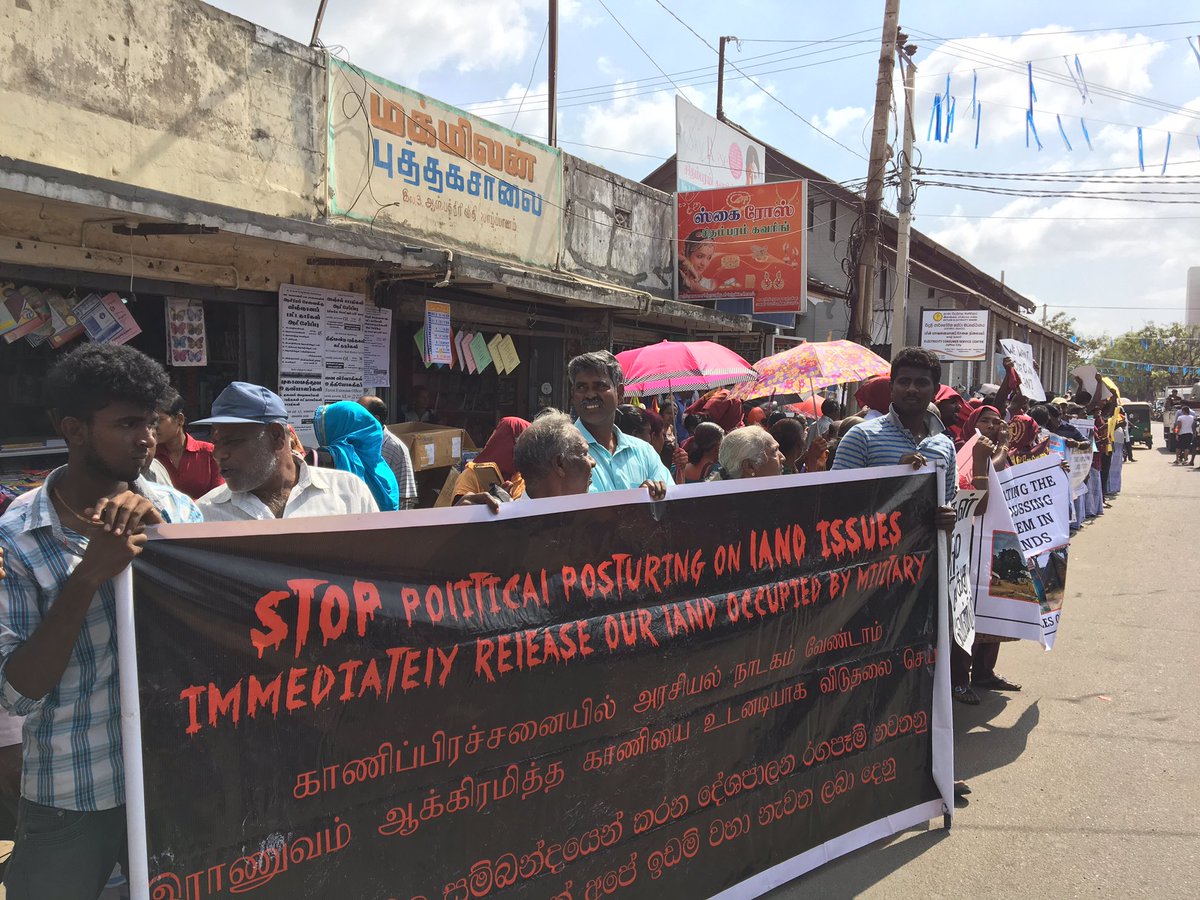 Sri Lanka showed its commitment to transitional justice by agreeing to the participation of international investigators, prosecutors and judges into alleged human rights violations during the last phase of the war by co-sponsoring the resolution in October 2015. Center for Human Rights and Research (CHR) was one of the first organizations to congratulate the United National Front for Good Governance (UNFGG) government for the courage shown in the willingness to deal with the past. We also saw this as an opportunity for our hard work on the ground to have some meaningful results.

The government’s efforts seem to be uncoordinated and non-transparent. Various constituents of the government express conflicting opinions of the resolution and the reconciliation process in general. The Executive, Judiciary, Parliament and various task forces are moving in different directions, at the same time, and the public is confused and disillusioned, an ideal situation for hardliners of both sides to exploit.
From its inception, CHR believed in taking risks and defending courageous men and women who had braved the suppression under the Rajapaksa administration to fight for their rights. For example we were one of the few organizations to cover all the Lessons Learnt and Reconciliation Commission (LLRC) sessions held outside Colombo and we intervened to provide security and ensure the safety of Northern civilians who had come forward to testify before the commission. Our daily reports, photographs of the events and daily commentaries were an important source for all media and INGOs reporting on the sessions. We were a part of this initiative because we believed that the LLRC was an important landmark in the long road towards reconciliation. Likewise, we felt that resolution 30/1 was another important breakthrough in Sri Lanka dealing with its difficult past.

Ordinary Sri Lankans are also disillusioned about other unfulfilled promises of the government -the anticorruption drive has ground to a standstill; electoral reforms are virtually forgotten and there is no consensus; even among political parties that constitute the government, on important matters pertaining to the formulation of a new constitution, for example the executive presidency and devolution . Instead of realizing that the government is heading towards a crisis of public faith, senior partners of the government keep on ignoring the voices of reason. This gap between the ground realities and the government’s perception of reality has the potential of bringing reactionary forces, we defeated on January 8, 2015, back into power.

Transitional Justice is a complex endeavor. The number of cases potentially covered by the four mechanisms/institutions that the government committed to establish through the resolution – an office on missing persons, an office for reparations, a judicial mechanism with a special counsel, and a truth justice, reconciliation and non-recurrence commission – is immense. We believe that international support will enhance the capacity of Sri Lankan institutions to deal with this large workload effectively. It will also help encourage trust and a perception of fairness on the part of victims, many of whom express deep distrust regarding the sincerity of the government in keeping its promises.

The eleven-member Consultation Task Force on Reconciliation Mechanisms (CTF) headed by senior lawyer Manouri Muttetuwegama released a comprehensive report on January 3. CHR calls on the Sri Lankan government to take urgent and concrete steps to implement the CTF’s extensive recommendations aimed at advancing transitional justice in Sri Lanka. CHR also notes with worry the contradictory positions taken by members of the government regarding the contents of the report, especially the Minister of Justice. 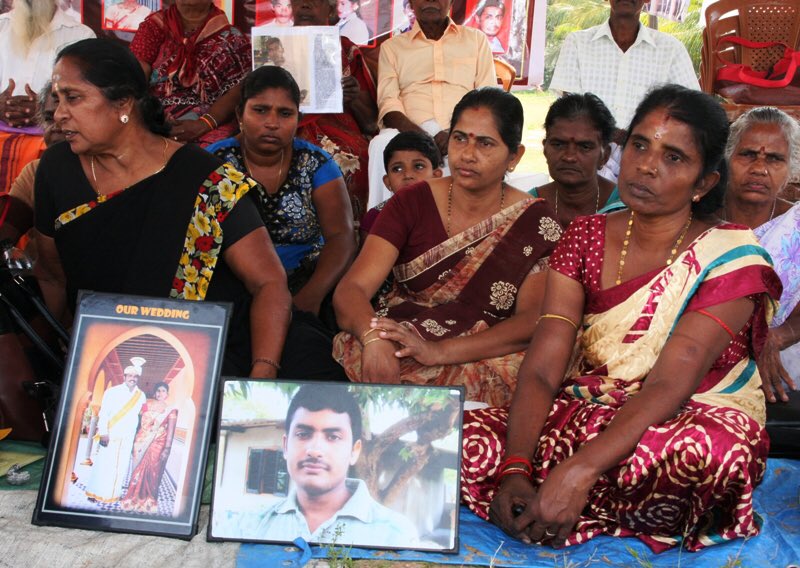 Former President and Head of the Office for National Unity and Reconciliation, Chandrika Bandaranaike Kumaratunga, acknowledged that governments had received 65,000 complaints of enforced disappearances since 1994 and it is likely that many thousands more have gone unreported. Other alleged violations and abuses include: arbitrary arrest and detention; sexual violence; extrajudicial executions; intentional attacks on civilians and protected buildings such as hospitals; the obstruction of humanitarian relief and the Liberation Tigers of Tamil Eelam’s conscription, enlistment and use of child soldiers and use of civilians as human shields during the armed conflict that ended in 2009. Torture has been common practice for decades and remains a matter of on-going and serious concern.

Repeal the Prevention of Terrorism Act (PTA) was one of the key areas CHR worked with “very limited support”. The President of Sri Lanka must have the credit for working personally to release some of the detainees who were languishing in prisons for long years. The country still has some PTA detainees, with very little evidence apart from their ‘confessions’. Most disturbing factor is government has drafted a Counter Terrorist Act (CTA) almost without either public or civil society consultation, which some activists argue is more harmful than the existing PTA. CHR believes that there must be an alternative mechanism, at least to grant bail for detainees who have been incarcerated for more than 5 years. What is more striking is the fact that instances of torture and misuse of the PTA provisions are still being reported, 25 months after the election of President Sirisena and eight years since the end of the war.

However this is not to say that no progress has been made. Citizens of Sri Lanka enjoy an array of freedoms which they did not enjoy during the tenure of the Rajapaksa administration. For example we commend the victims and witnesses protection bill, the OMP legislation, Enactment of the Right to Information, etc. Moreover journalists and human rights defenders can operate freely, despite sporadic reports of harassment of activists and web based journalists.

Although a number of private lands occupied by the military in the North – East were returned to original owners, the issue is not resolved with ongoing land occupations. Several protests demanding the release of land continue as this statement is issued and CHR believes that proper mechanisms should be established to deal with the issue of land.

It is also disturbing to note that the right to return of Muslims and Sinhalese who constituted a significant minority (almost 9% according to the 1971 census) of the northern province have not been addressed by both policy makers as well as local and international non-state actors. CHR studies show that this approach has weakened the argument for the right to return and compensation, as this marginalization has caused resentment among the Sinhala and Muslim communities.

Coordination between the government and CSOs

Moreover there should be coordination between the government and CSOs that work at the grassroots. The government should also better communicate the reasons behind decisions made. For example President Sirisena appointed a member of the private bar R Kannan as a high court judge, realizing that there is a dearth of Tamil speaking judges in the North and the East. The President followed due process and acted according to the constitution. However since they failed to convey that message there was a perception that the President has attempted to influence the judiciary and it was CHR that stepped in to educate the public and set the record straight. Now the majority of those who are interested in the matter understand what happened and commend the initiatives we took.

Another stumbling block to progress in the country has been the lukewarm attitude towards corruption and human rights issues by the Attorney General’s Department. Thousands of complaints have been lodged by various civil society organizations but virtually no action is taking place.

When considering the big picture, even though it’s nothing to do with the 30/1 resolution, slow progress on the anti-corruption drive and the “Emblematic Cases of HR violations in Sri Lanka” have created a loss of faith in the systems. We believe that for 30/1 resolution to be successfully implemented, the government needs to convince the people of its sincerity while believing that Sri Lanka needs foreign technical expertise to ensure that a proper investigation takes place.