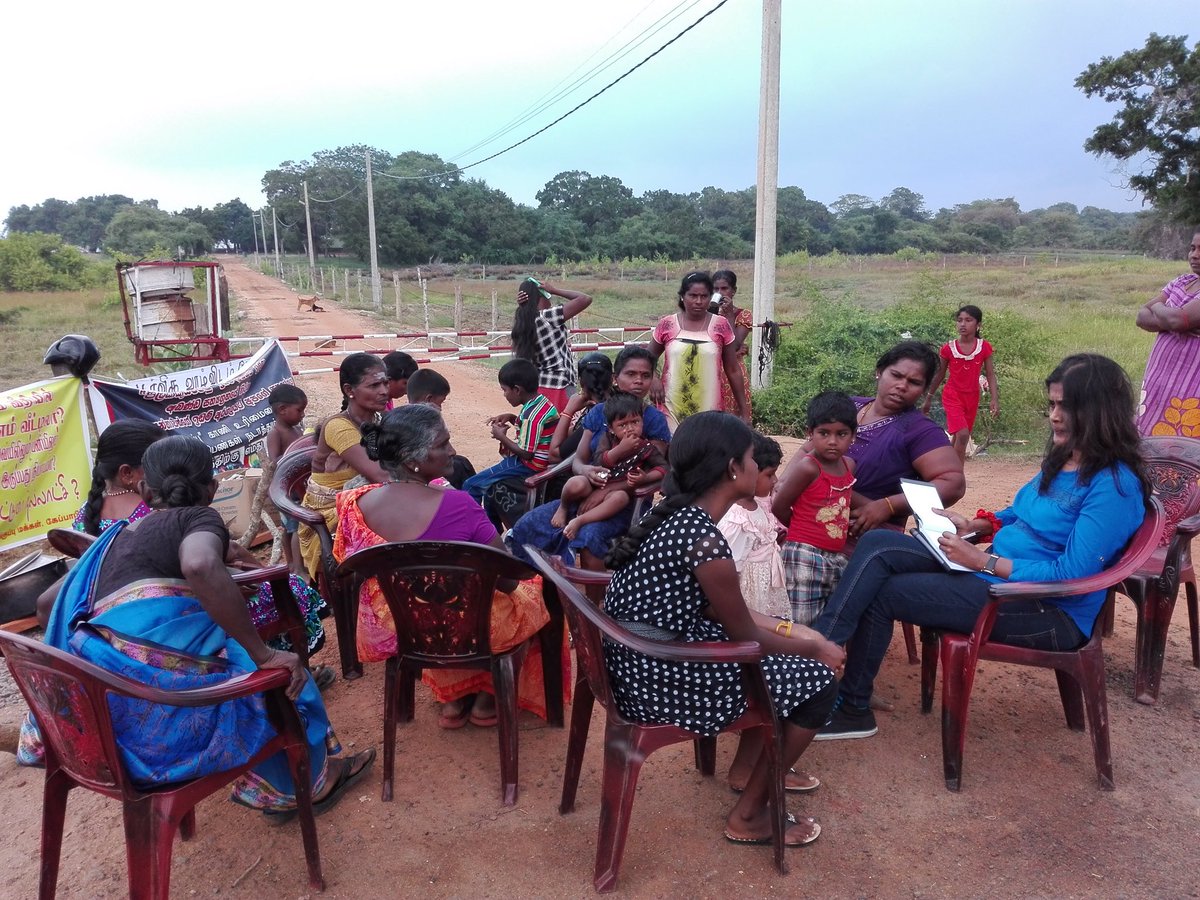 We, the undersigned civil society organizations, write this statement to express solidarity with protestors of Keppapilavu and condemn the Government’s lack of appropriate and timely response or action towards releasing their land from military occupation.

For over two weeks, villagers from Pilakudiyiruppu, Keppapilavu, have been stationed on the side of the road across from their lands, currently occupied by a Sri Lankan Air Force camp. On January 31, 2017, villagers went to the camp on the basis of a promise from authorities that their lands would be returned on that day. But when they arrived they were told that their land would not be released – leading the villagers to commence their protest across from the camp, stating that they would not move until they get their lands back.

The situation in Keppapilavu is indicative of the Sri Lankan Government’s misleading campaign and slow progress on releasing lands from military occupation across the North-East. Vast areas, including both private and state land remain occupied by the security forces. The Keppapilavu area has several large camps on private land, including fertile farm land. We are concerned by reports that the military is currently in the process of chopping down and burning trees and destroying foundations of homes of the 84 families from Pilakudiyiruppu concerned – a wanton destruction of a basis to rebuild the lives of villagers on their eventual return. It will be recalled that the armed forces have engaged in such illegal practices in the past as well, including under the previous regime. 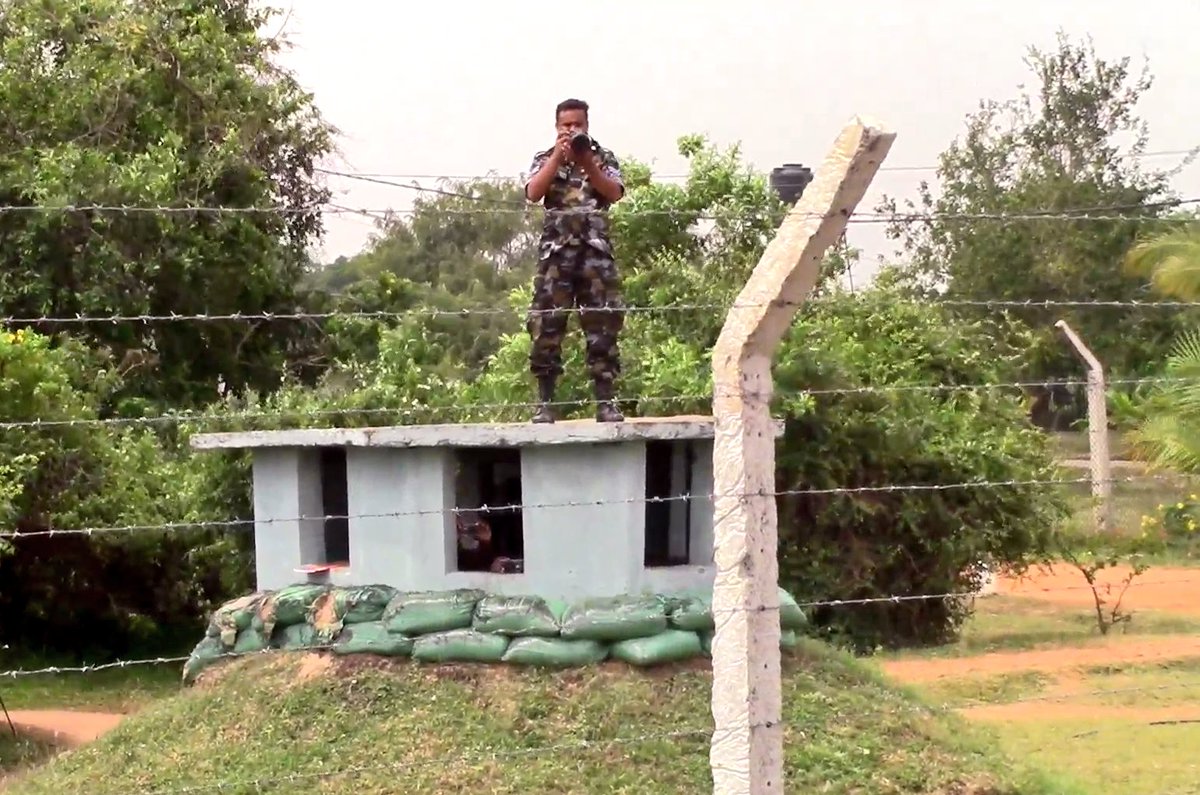 The conditions in the “Model Resettlement Village” which Keppappilavu villagers were displaced to in 2012 after 3 years in the infamous Menik farm camp, remain a matter of grave concern, with access to livelihoods such as farming and fishing severely restricted. The homes constructed by the military show signs of deterioration only two years after their construction.

Families in the Model Resettlement Village from other villages in the Keppapilavu area are also demanding a return of their original land – also currently occupied by the military in the area. With the Government’s moves towards reforms stalling, there is serious concern that land returns and demilitarization – core demands of Tamil people – are not moving ahead sufficiently. The Government has to exercise strong leadership and dismantle the vast military cantonments occupying private and state land in the North-East. Any hopes for justice, reconciliation and sustainable peace are seriously hampered by the apparent unwillingness and insincerity of the government to act on these matters.

We therefore demand that the Sri Lankan government:
– Meets the demand of the villagers protesting from Pilakudiyiruppu and return their lands as promised, and provide resettlement support to help rebuild their livelihoods and homes;
– Directs the military to stop any activities destroying the condition of the land they are occupying across the North-East; and 1 Many statements including those attributed to President Sirisena have been made about the possibility of lands being released. Such promises, the people of Keppapilavu point out, have been made in abundance in the past as well without any real follow-up and hence untrustworthy.
– Accelerates the process to return all occupied private and state land across the North-East.