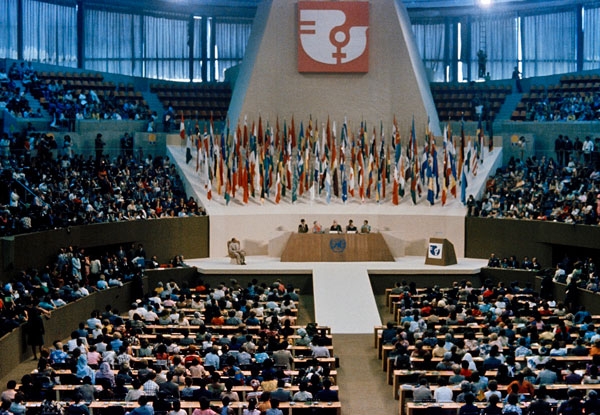 Image: The Convention on the Elimination of All Forms of Discrimination against Women was adopted by the General Assembly of the United Nations by its resolution 34/180 almost 30 years ago on 18 December 1979.

Activists and 8 women’s rights organisations of Sri Lanka  made collective oral intervention related to women’s human rights issues at the informal session of the 66 session of the CEDAW – Convention on the Elimination of All Forms of Discrimination against Women being held in Geneva from  13 Feb 2017 – 03 Mar 2017.

The Sri Lanka session will be held on 22nd March and its report will be published on 7 March 2017.

We would like to begin by drawing attention to the fact that Sri Lanka is engaging in a process of transitional justice and constitution making as we speak. We urge the committee to keep this context in mind in your deliberations.

Judicial Review of Legislation
Article 16 of the present Constitution prohibits judicial review of legislation and supersedes the guarantees of equality and non-discrimination, and we call for its repeal.

Discriminatory Laws, Policies and Practices
Despite Sri Lanka’s international treaty obligations and commitments, including to CEDAW, discriminatory provisions in the Penal Code relating to consensual same sex relations; statutory rape (exemptions for married girls between the ages of 12- 16); impersonation; provisions in the Land Development Ordinance and State Lands Ordinance that grant state land in single ownership, instead of joint or co ownership; personal laws including the Muslim Personal Law and Thesawalamai; Vagrants Ordinance and Brothels ordinance continue to be enforced, and must be repealed.

Economic Participation
Female labour force participation is half that of men (34%). Women comprise 54% of the informal economy. The majority includes rural, fisher, agricultural and domestic sectors. They are denied protections afforded to the formal sector. Equal pay for work of equal value is denied to women in all sectors. 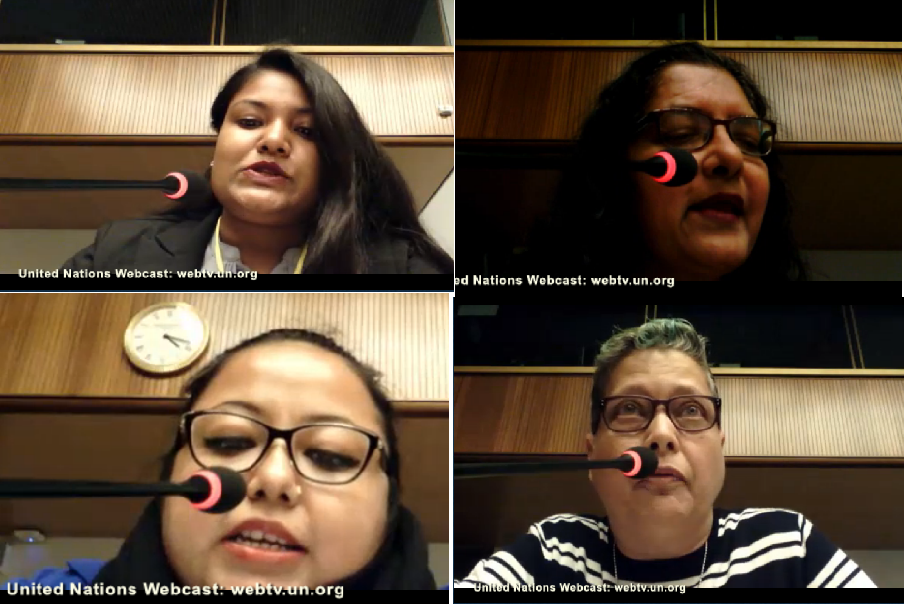 Discriminatory Practices
Discriminatory concepts such as ‘head of the household’; nuclear ‘happy families’ inform a number of policies. For example – Women with children under the age of 5 are prohibited from migrating for overseas employment. Furthermore all women expecting to migrate for work have to provide a Family Background Report, this does not apply to men.

Muslim Personal Law
The Muslim Personal Law continues to render Sri Lankan Muslim women and girls as secondclass citizens. The law permits child marriage. It requires adult women to obtain guardian’s consent, prohibits women from being Quazi judges or registrars, which are state-salaried positions, allows polygamy without conditions or consent of wives. There are also procedural and practical issues faced by women in the Quazi (Muslim) courts, which inhibit their equal access to justice and due process.
The State has abdicated its responsibility to reform Muslim Personal Law, on the ground that it is a matter for the Muslim community. We strongly object to this stance.

Despite multiple government committees, with predominantly Muslim men, appointed to review the Muslim personal law since 1990, none of these efforts have been yet fruitful. In 2011, recommendations by the CEDAW Committee called for an inclusive process of engagement, in particular women’s groups in the reforms process. However recent backlash from conservative

Muslim groups has created a hostile environment where women activists, advocates and affected women who gave testimonies, have been intimidated.

The State must muster its political will to ensure that Muslim women are treated as equals under the law. Over 66 years of state-sanctioned systemic discrimination against Muslim women and girls must end!

Sexual Orientation and Gender Identity
Despite CEDAW Concluding Observations and activism for the repeal of Sections 365 and 365A of the Penal code, and recommendations by the Committee for Constitutional Reform (PRCCR) and the Consultative Task Force for Reconciliation, adult consensual same sex relationships continue to be criminalised in Sri Lanka.

Though there have been no prosecutions under the Penal Code, the misapplication and abuse of these Sections by State officials have been widely documented. Criminalisation also prevents LBT persons from accessing protection and justice for violence and discrimination perpetrated by public and private actors. And they continue to be excluded from State policies.

Violence / Access to justice
On the issue of violence against women, we wish to highlight impunity as a continuum from war related sexual violence to all forms of sexual and gender based violence. E.g. Approximately 1,400 rape complaints result in 0 to 7 convictions per year (2009-2014).

Rape attrition must be addressed including through reform of the prevailing two-tier system of non-summary inquiries at Magistrates Courts and summary inquiries at High Court. No measures have been taken to address suspended sentencing for rape, criminalizing of marital rape and backlog of rape cases. Protections available under the Prevention of Domestic Violence Act are being undermined by conservative judicial interpretations.

Tamil speaking women face discriminatory practices including language barriers and
stereotyping when they access justice, due to lack of Tamil speaking officers in courts, police stations and hospitals.

Female Heads of Households
One in four households are female headed, a significant proportion of which are war affected.
The Government of Sri Lanka has no official definition for this category, which results in their exclusion from welfare, resettlement and other policies and programmes.

War Affected Women
Despite various structures and policies by the State, war affected women continue to be marginalized, neglected and vulnerable, particularly female heads of households (approximately 90,000) in the North and East.

Militarization: Militarization and the breakdown of the rule of law has impacted women’s security, impeded access to livelihoods, land, including traditional use of common land, housing, and other resettlement assistance in the post-war context. The military continues to be engaged in civil administration, agriculture and tourism. Military run farms impedes women’s livelihoods.

Displacement: A significant proportion of the displaced include women. Military occupied land must be returned to original owners, including to female heads of households. Landless women must be allocated state land.

Livelihoods: State policies on livelihoods emphasise small and medium enterprise and micro credit and have not considered the creation of formal secure employment.

Violence: Evidence indicates that the armed forces, police and other armed actors perpetrate sexual violence against women. Women are also subjected to sexual exploitation and sexual bribery by government officials when accessing services.

These cases are invisible, not investigated, prosecuted and punished. There is inadequate state provision of professional counseling, medical, psychosocial and rehabilitation services to women.

Transitional Justice: Transitional justice mechanisms, reconciliation and peacebuilding initiatives must be inclusive processes, gender-sensitive, and responsive to women’s wartime experiences.
There must be clear guidelines to provide gender sensitive reparations to women survivors of war including for economic losses, loss of livelihoods, and sexual violence.

Female Ex-combatants: Female ex-combatants face difficulties reintegrating into their communities. They continue to be under surveillance by the army; they are labeled as “rehabilitated” and marginalized from employment and access to services. There is no recognition of their skills and capabilities gained during the war.

Health
Health vulnerabilities exist for women, including those affected by conflict, plantation workers, sex workers and LBT women who are denied access to adequate services. Comprehensive sexuality education is required to prevent early pregnancies, and abortion needs to be decriminalised.

Gender Machinery
We end with the issue of gender machinery, which remains weak and marginal in national policy formulation. This must be strengthened with rights based legislation to appoint a well-resourced, independent National Commission on Women, unfettered by State institutions and partisan politics. The Commission must be appointed by the Constitutional Council as have other Independent Commissions such as those for Human Rights and Police.

All Independent Commissions must be gender inclusive.

The current strategy is to adopt a plethora of National Action Plans, which remain in the main unimplemented. Therefore, to achieve policy coherence, adequate financing and implementation we require a single comprehensive National Action Plan for women that is rights-based and fully protected. For example the current National Action Plan on Human Rights was amended to remove a provision to decriminalise homosexuality and this must be prevented.

Thank you Madam for your attention to this joint submission.