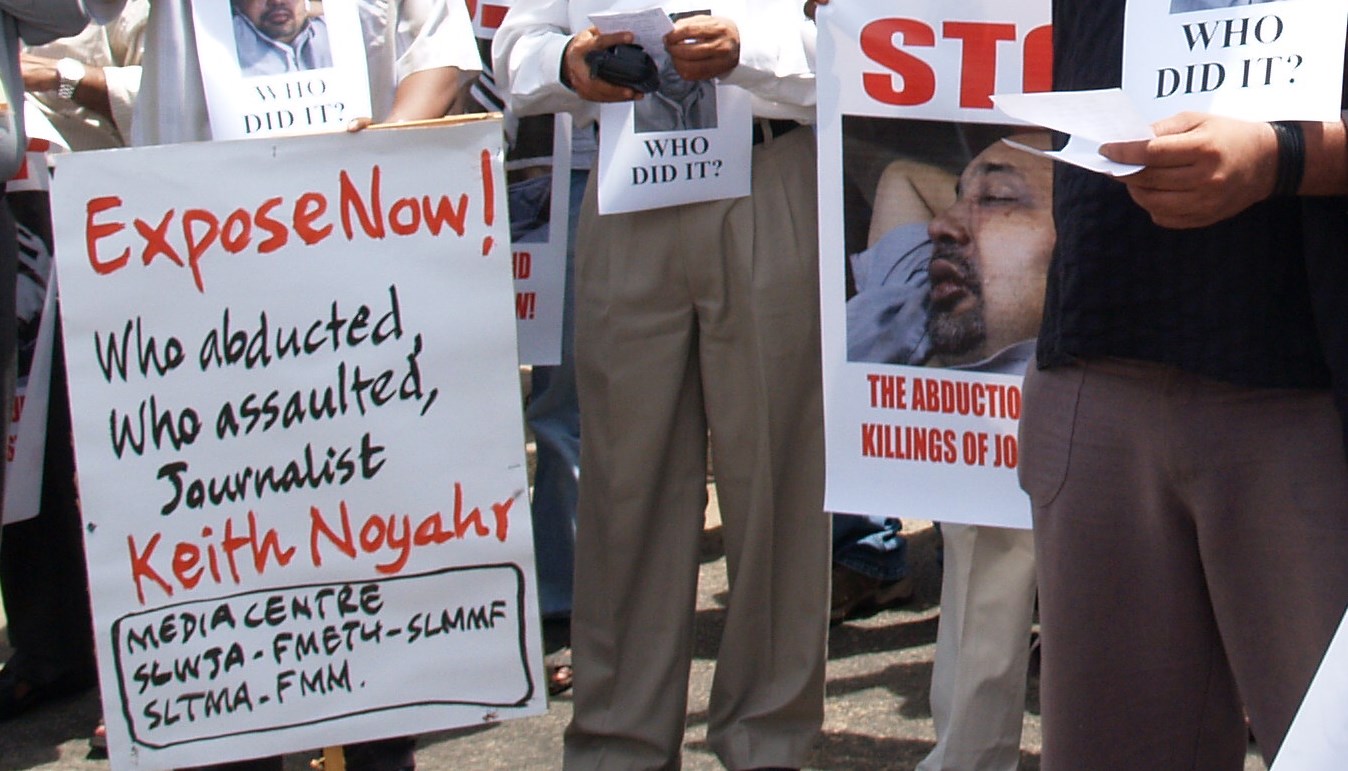 Even though it took a while, taking the perpetrators, Major Bulathwatte and two others Sergeants of Army Intelligence Unit into custody for the assault of senior journalist Keith Noyahr is appreciated by the Free Media Movement. It further demands the government to complete investigations independently regardless undue influence. After the abduction of Keith Noyahr who was a co-editor in ‘The Nation’ newspaper, media organizations acted immediately and demanded the then government to release him and drew the attentions of the international community, thus the perpetrators had abandoned him.

It was reported that the same Major of the Army Intelligence Unit who was arrested on 18th Feb, has been accused for the assassination of Lasantha Wickramatunge of Sunday leader as well as the assault of Upali Thennakoon of Rivira newspaper. It was also revealed that the Criminal Investigation Unit is prepared to arrest a few more suspects. With the continuous lobbying by the Free Media Movement and other media organizations, a mere commencement of an investigation is not adequate; the process of delivering the justice for the killed, disappeared, assaulted journalists and destroyed media institutions in the recent history should be expedited. Without suspicious and disagreeable actions among the media community, such as reinstating the army soldiers who were accused and then bailed out for killing Prageeth Eknaligoda, this investigation should be completed independently. Therefore, the Free Media Movement demands the government to complete investigation and punish the perpetrators without undue influence.