HomeNewsSri Lanka:Indifference of the Police & the Poisonous Atmosphere of Ethnic and Religious Hatred 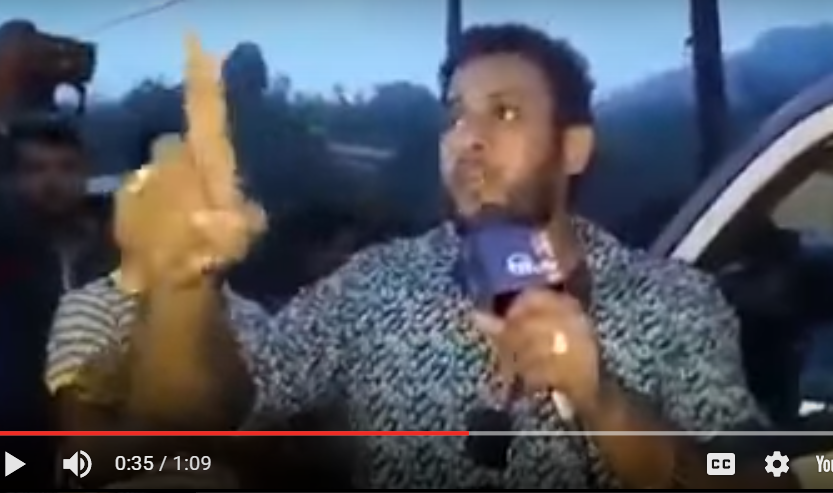 ( Don Priyasad, with Sinhale mike in hand,  threatening to kill Muslims standing  in front of the fort railway station)

The Centre for Policy Alternatives (CPA) is deeply concerned by a spate of recent events with ominous portents for ethnic and religious harmony and reconciliation in Sri Lanka. These include the murder of two university students in Jaffna, the seeming exploitation by others of the disabled soldiers’ protest outside the Presidential Secretariat, the increasing use of hate speech against minorities by some members of the Buddhist clergy and by other protest groups, and by widespread anti-minority hate speech in social media. We are extremely concerned at the appearance of signs that, yet again, legal reforms aimed at improving our democracy and governance are being undermined by the forces of chauvinism and intolerance.

We find the deplorable language used by some Buddhist monks in particular – underpinned by unquestionably violent and un-Buddhist sentiments – that have been widely circulating on social media to be especially disturbing and shocking. This very small minority of violence-prone and foulmouthed monks are not only profaning a religion of peace, but also disgracing the memory of such champions of civility and reconciliation as the late Maduluwawe Sobhitha Thera, an architect and inspirer of the reforms now taking place. Moreover, many monks are actively involved in peace and reconciliation efforts at the community level, which work, due to its unsensational nature, does not attract mainstream or social media attention. 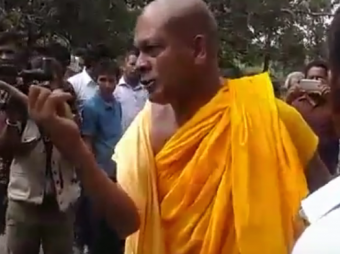 In many if not all of these incidents, there appears to be an element of orchestration, of deeper political agendas aimed at reversing the country’s current path towards peace, reconciliation, and reform, and especially where members of the clergy have been involved, police and civil servants have succumbed to the culture of deference rather than restore order. This poisonous atmosphere of ethnic and religious hatred is compounded by suspicion and rumours of collusion and political machinations, and most regrettably, by the appearance of indifference or at least a lack of capacity on the part of state institutions to enforce the rule of law without fear or favour.

Even if such rumours are without foundation, the allowance of any space for a perception of government impotence, indifference, or weakness to take root would only embolden those who wish to propagate hatred and division. Without the will or capacity to implement strengthened powers and institutional independence, there will be no point to the reforms, especially in relation to law enforcement, introduced by the Nineteenth Amendment to the Constitution only last year.

While it is true that small acts of disruption and discord gain disproportionate attention today in the age of social media, this is nevertheless a remarkable reversal of the national mood of goodwill and cooperation last year when Sri Lankans of all communities came together to mandate a change of government and a process of post-war reforms. These disturbing events occur at a time when we are still less than halfway through the political and constitutional reforms that were popularly mandated. They imperil the establishment of the necessary foundations of reconciliation, justice, and good governance – which are the bedrock of our future peace, prosperity, and happiness – and threaten to take us back to a dark and rancorous era from which we were at last emerging.

Both the President and the Prime Minister have an obligation to provide strong and principled leadership against these invidious forces, to restate their commitment to the democratic values of pluralism and tolerance on which they were elected, and ensure that police and civil servants are given the confidence to enforce the law in the face of intimidation and threats of violence. We are reminded again of the fact that legal and institutional reforms are meaningless without the reform of political culture and practices, and in this regard, strong leadership by political leaders is indispensable. We hope too that religious and social leaders, as well as citizens, would publicly register their strong displeasure at the unacceptable behaviour of these disruptive individuals and groups.

Unless these incidents, and those who perpetrate them notwithstanding their social status, are dealt with firmly but fairly and with due regard to the seriousness of the real threat they pose to the democratic way of life, they have the potential to spiral out of control. No sensible Sri Lankan – the decisive majority of whom voted for reform and reconciliation not once but twice only a year ago – wishes our country to return to the past of conflict and enmity. The clear desire of all our peoples for a better quality of democratic governance, and the ongoing process of reforms to sustain it, cannot and must not be dissipated due to complacency and weakness in the face of intimidation by the purveyors of hate and harm.