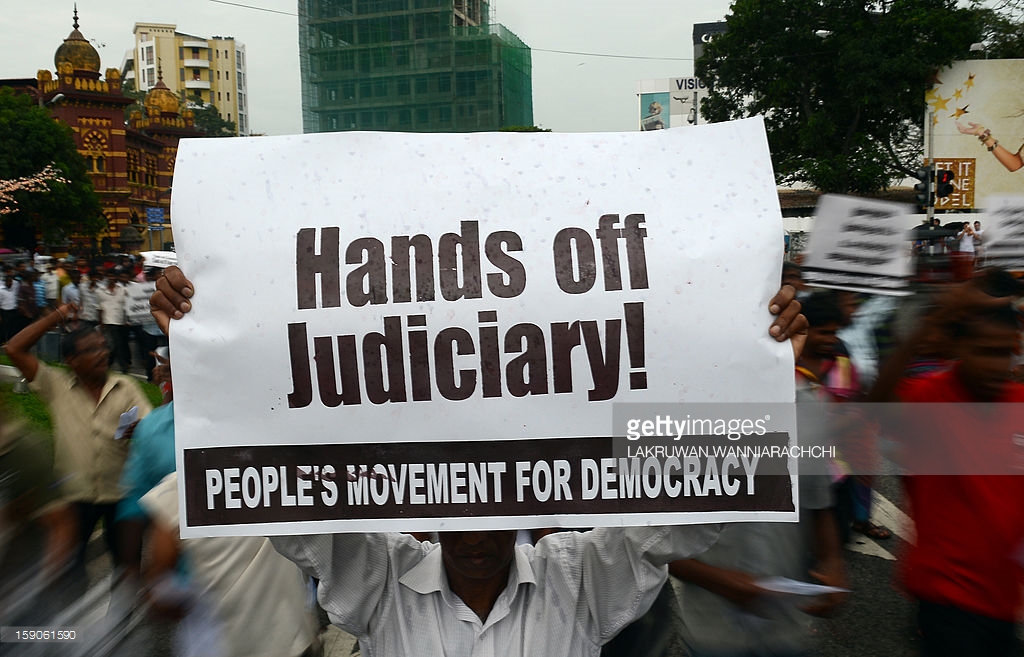 Image: One of the sub committee report is on the independence of judiciary.

Six sub-committees were appointed by the Constitutional Assembly to make recommendations on the areas of Fundamental Rights, Judiciary, Finance, Law & Order, Public Service and Centre-Periphery Relations. The Reports have not, as yet, been considered by the Steering Committee. The Reports of the sub-committees are submitted for the consideration of the Constitutional Assembly.
While there have been many similar recommendations in respect of several important areas, as is inevitable, the Reports of the sub-committees contain overlapping proposals as well as differing proposals on certain aspects.
The Steering Committee will consider the sub-committee reports and the views expressed thereon, in preparing its Final Report.

Read all six reports as PDFs:

Tags: Democratic governance, Devolution, Human Rights, Independence of judiciary, Reconciliation, rule of law, Sri Lanka
Previous post Whatever the International Community Says We Will Use The PTA - Sri Lanka’s Justice Minister
Next article Sri Lanka: For the First Time There is an Effort to Build Consensus On Devolving Power - Sampanthan