(Shooting together at impunity)
by  Tisaranee Gunasekara.
In the myth, hero-king becomes a tyrant when he turns his back on the source of his power. In the myth, the source of that power is divine, god/gods, who proceed to punish the king for his transgression.The myth depicts a timeless human phenomenon. The only difference is that in real life, the source of the power is not divine but human. When it comes to democratic leaders, the sources of power are the people, voters and especially those social forces that create/sustain a favourable climate opinion.

The punishment is the same, disgrace and fall from power.

The Sirisena-Wickremesinghe administration has not reached the point of no return, not yet. But that disastrous future is not as distant or as inconceivable as it was once. The President’s justification of selective impunity as a policy and the Prime Minister’s attempt to obtain impunity for Arjun Mahendran, in juxtaposition, amount to the first disturbing letters of the writing on the wall.

The defeat of the Rajapaksas did not automatically usher in an era of good governance; it merely removed an insurmountable obstacle on the road to that desired end. Good governance was a slogan and a promise, but not an accomplished fact. The Sirisena-Wickremesinghe government can sport it like a diadem, but good governance is a goal to be striven for and not a state, which once attained remains eternal.

In the last twenty one months, the administration has acted in consonance with as well as in violation of the tenets of good governance. Among its many departures from its own mandate, the Central Bank bond scam was the most egregious. The removal of Mr. Mahendran from the position he held with such blatant dishonour diffused the crisis. But the fallout of the scam continues to stalk the government; a case in point is the revelation that Perpetual Treasuries, the trading firm reportedly owned by Mr. Mahendran’s son-in-law, made a killer profit of Rs. 5.1 billion, post-taxes, in the financial year ending March 2016[i].

The bond scam has already cost the UNP dearly among one of its core-constituencies – the urban/suburban middle/upper middle class. Unfortunately Mr. Wickremesinghe seems incapable of abandoning that path of self-negation, as demonstrated by the indefensible conduct of the COPE’s UNP members. Elected to uphold good governance, they did the opposite, waging a desperate battle to save Mr. Mahendran, at the risk of causing serious damage to the electoral prospects of their own party and the political legitimacy of their own government.

President Maithripala Sirisena would have gained from the suicidal conduct of the UNP, had he not chosen to do one worse, and defend the idea of selective impunity.

Indefensible deeds such as the Central Bank bond scam were serious setbacks, but did not amount to a strategic departure from the promised course of the Sirisena-Wickremesinghe administration. The President’s speech signalled such a danger, because, in its essence, it was a demand for and justification of selective impunity.

Pared of embellishments, the speech posits two cardinal principals – some people should be above the law, irrespective of the nature of their alleged crimes; and the right to decide who should be prosecuted and who shouldn’t rests ultimately with the president of the republic.

It is a position totally at variance with the ethos of the January 2015 transformation.

Victory over the Rajapaksas was not the deed of one person or one party. It was truly a victory with many parents and even more caregivers. Those who made it happen were motivated by diverse dreams and goals. The central strand binding these diverse aims together was a simple one – that the post-Rajapaksa future should be the antithesis of the Rajapaksa-past.

Impunity was a key characteristic of Rajapaksa rule. President Rajapaksa regarded the law as a political sword to attack his enemies with and a political shield to defend his kith and kin with. The taking over of the AG’s Department and the impeachment of Chief Justice Shirani Bandaranayake were the most noxious mileposts in the Rajapaksa march towards total impunity.

Ending that ruinous march was a primary aim of the January 2015 transformation and a central tenet of good governance.

Impunity receded with the defeat of the Rajapaksas, but it did not die. Some people continued to be above the law, the best case in point Arjun Mahendran and his enterprising son-in-law. Mr. Mahendran’s alleged involvement in the bond scam is not being investigated by any of the many institutions delving into corruption and financial crimes. Apart from losing the governorship – for which the credit should go to Mr. Sirisena – Mr. Mahendran has not had to pay any price for his alleged crime.

If the president was genuinely concerned about the trajectory of the FCID and the Bribery Commission, if he didn’t like these supposedly independent institutions playing favourites, he could have talked about the Bond scam and Perpetual Treasuries.

He should have. But he didn’t.

Instead he talked about one of the few things the investigative institutions got right – the Avant Garde scam.

The three former navy commanders and Gotabhaya Rajapaksa have been charged not with a political crime but with a straightforward financial crime. They allegedly took the very profitable business of maintaining a floating armoury away from the Sri Lankan navy and handed it over to a private company. By doing so, they allegedly caused a loss to the state to the tune of Rs. 11 billion.

There is little doubt that Mr. Mahendran and his son-in-law are staying above the law because they enjoy the patronage of PM Wickremesinghe.

That is impunity in action.  That is bad.

That is infinitely worse.

The UNP and the SLFP have their differences, but these have not yet reached the point of irreconcilability. So the crisis ignited by the President’s speech was smoothed over, in a remarkably short time. The president himself has tried to defuse the crisis he created by claiming that he was misquoted. He reportedly reminded his concerned ministers that he ended his speech with a statement of confidence in the government’s ability to last the full term.

Maithripala Sirisena is too canny a politician not know that even with the full support of the Joint Opposition, he cannot form a pure SLFP/UPFA government. The numbers just don’t add up. Maithripala Sirisena is also too astute a man to replace Ranil Wickremesinghe with Gotabhaya Rajapaksa as the prime minister because that would be tantamount to trusting his fate and that of his family to the Rajapaksas.

So the government will survive for the time being. What is at really stake is the fate of the politico-electoral transformation of January 2015.

Friends, Sons and the Writing on the Wall

Thanks to the President’s outburst, the government’s commitment to break decisively from the Rajapaksa past has been placed in doubt. Thanks to the President’s outburst, national conversation has shifted from such important matters as the new constitution, the upcoming budget and the new counter-terrorism law (which seems to be broader in scope and more draconian than the PTA) to confused queries and uninformed speculations.

And thanks to the President’s outburst, an event which sent political shockwaves just a fortnight ago has vanished from sight – the attack on a Colombo nightclub allegedly by a brat-pack loyal to the First Son. 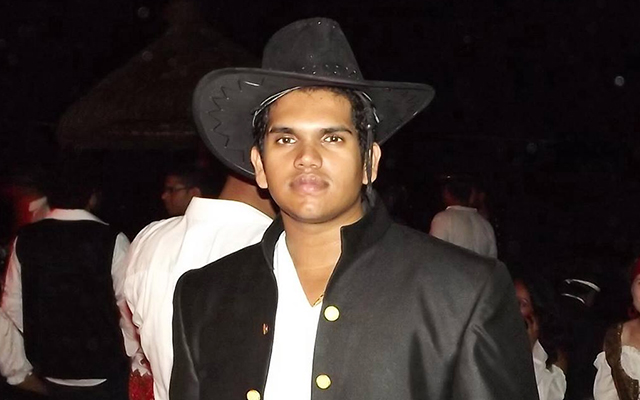 Dham Sirisena: arrogance of power and symbol of impunity

When some employees of Clique, a nightclub in Colombo, came under attack, Parliamentarian Wimal Weerawansa claimed that Daham Sirisena, the son of President Maithripala Sirisena, was involved in the incident. The charge was repeated by the media. A statement by the owner of the club, giving a clean bill of health to all VVIP progeny, past or present, intensified rather than lessen the rumours (it sounded a bit like Minister Mervyn Silva’s victim claiming that he tied himself to the tree). Footage from the club’s CCTV cameras appeared on the internet. The deputy media minister informed the media that the President has ordered the police to carry out a special investigation.

Then the President lobbed his verbal smoke grenade. In the consequent confusion, all interest in the Clique incident. The fate of the special investigation ordered by the President is unknown. According to latest report, the victims are unable to identify the men who attacked them.

That emits a familiar smell, a rank smell from the past, the smell of political brats taking the law into their own spoiled hands.

The President’s speech did not reflect the differences between the two component parts of the hybrid government. Those SLFPers who sincerely support Mr. Sirisena are likely to be as dismayed as any UNPer at the President’s insistence on impunity for Gotabhaya Rajapaksa. A return to Rajapaksa rule would be uncomfortable and unpleasant for UNPers; but for Sirisena loyalists in the SLFP, such a change can be lethal. If the Rajapaksas return to power, they are likely to treat ‘disloyal’ SLFPers far more harshly than they would UNPers, starting with their former general secretary who played such a pivotal role in their downfall.

Power may or may not corrupt. But it certainly addles minds.

Reducing the expenditure on the presidency was once the President’s proud boast. No more. The allocation for the President’s Office is set to increase by a mammoth 4 billion rupees. This at a time when the government is trying to impose ruinous tax hikes on the ordinary man.

It is one more indication that the government is beginning to lose its narrative. 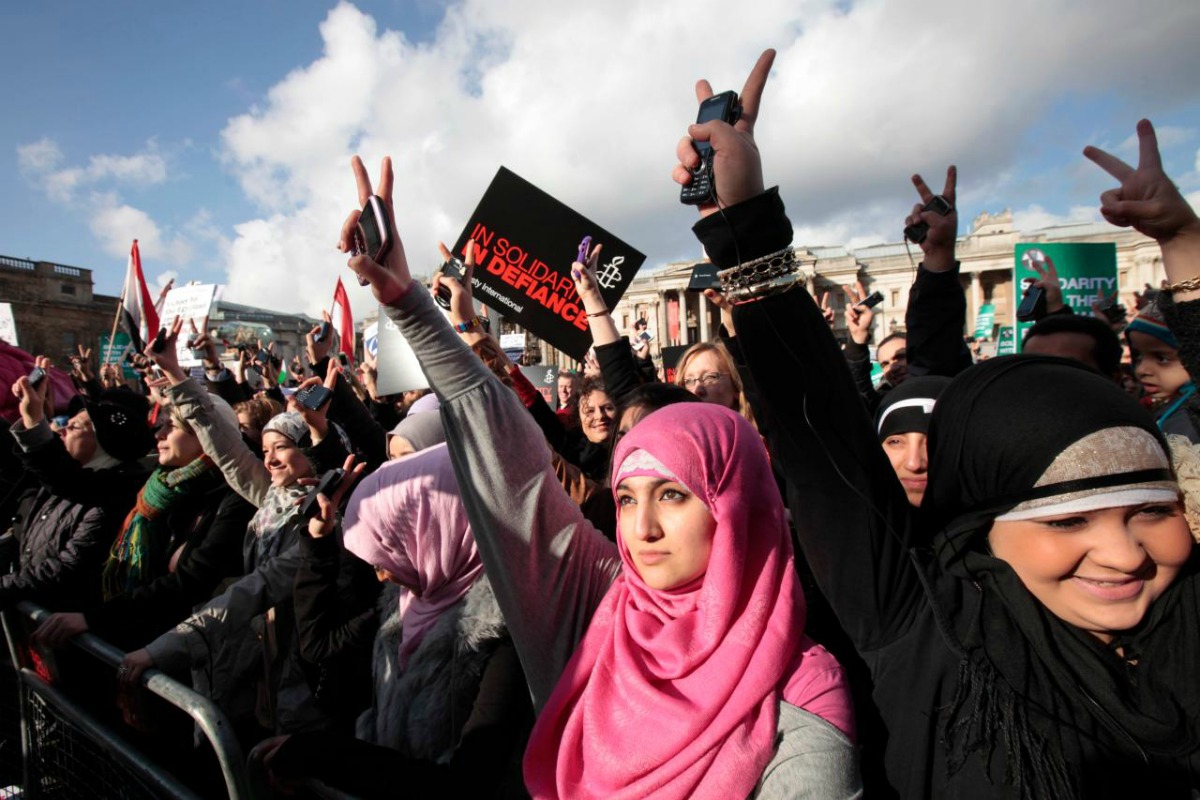 If the dream of a democratic Arab world was born in Tunisia, it died in Egypt. Mohammad Morsi was elected to take the Egyptian revolution forward and to transform the country into a modern democratic state. But once in power, he ignored that mandate and started emulating sectarian and repressive policies of the past. Instead of placing himself at the head of a broad national coalition, he succumbed to a narrow Islamist agenda. He attacked democrats and liberals who played a pivotal role in the revolution, embraced increasingly authoritarian stances, thinking that pandering to the military would suffice to save his government.

When agents of change feel that change has been betrayed, they either turn inimical or become inactive. Mr. Morsi underestimated and antagonised Egypt’s numerically small but politically influential liberal-democratic forces. He didn’t understand that he needed them to keep the Egyptian military away from politics.

It was a deadly mistake, both for Mr. Morsi and for Egyptian democracy.

Fortunately, there is still space for both the President and the PM to turn away from the precipice and to resume the journey to the future.

The President should show his commitment to the basic principles of good governance by not interfering with the work of independent commissions and by ensuing that the promised investigation into the Clique attack produces real results. Mr. Sirisena just needs to look at the Rajapaksa sons to know how ruinous impunity is, both to the fathers who enable it and to the sons who benefit from it. Someday, Mr. Sirisena will have to leave office. Someday his son will not have a powerful father to protect him. If Mr. Sirisena’s successor is a Rajapaksa, Daham Sirisena will find himself in the same unenviable position the two older Rajapaksa sons are in today.

The PM should show his commitment to the basic principles of good governance by allowing the police and the law to treat the bond scam as the crime it is.

If they fail, October 2016 will mark the beginning of the end.

Mr. Sirisena’s reported role in preventing the police from covering up the horrendous killing of two Jaffna University students[ii] indicates that he still has the capacity to effect such a change and to guide his government along less dangerous channels.

He can. But will he?