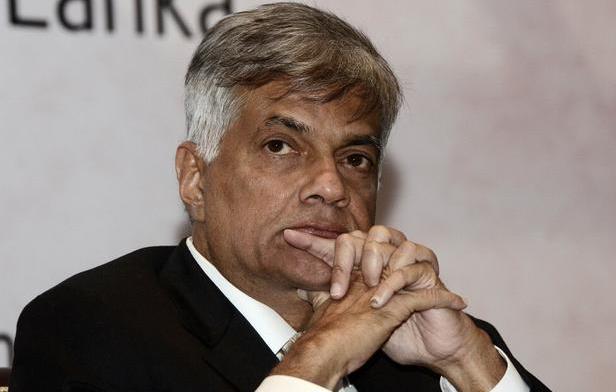 The speech President Maithripala Sirisena made during a speech he delivered at the Foundation Institute, leveling certain allegations against the commissions created by the 19th amendment, yesterday (12) has shaken the political landscape of Sri Lanka. The speech which was given wide publicity has triggered various reactions.

In my opinion the speech made by the President during ‘Sathviru Urumaya’, which was attended by security force personnel, expressing his displeasure at taking former defence secretary and three former commanders of the Navy to the court due to a case filed by the Bribery Commission, was a ‘shock treatment’ aimed at a number of political and social actors. The immediate result has been a backlash against the president but what are the underlying reasons for this statement? Is it a culmination of the cold war between United National Party (UNP) and the Sri Lanka Freedom Party (SLFP)? 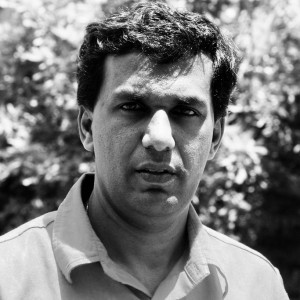 It’s a well-known fact that there is a cold war between The United National Party (UNP) and the Sri Lanka Freedom Party (SLFP) regarding the administration of the state. There are disagreements on how to run the country, from policy decisions to how a ministry should operate, between members of the two parties. President Sirisena’s speech marks a critical juncture of this cold war. There are many disagreements about how ‘investigations’ on the Central bank Treasury Bond issue, tenders and other deals which are taking place without any transparency, criminal investigations and how corruption investigations are being used to fulfill political objectives.

Is Avant Garde a crime or an attempted crime? I think it is a crime, a crime drop by the investigates. Let’s take the investigations on Avant Garde for example, it is a well-known fact that the investigations on Avant Garde were disrupted mainly due to pressures exerted within the government. What should be a criminal investigation has now been reduced to an investigation on corruption. Most people agree that everyone is bound by the legal system of the country and as the Anti-Corruption Front (ACF) we have demanded that a number of persons should have been charged under the firearms ordinance when it comes to the Avant Garde case. So open displeasure at the summoning of senior naval officers before court would have an adverse effect on such efforts, that is our reading, as civil society activists. However its undeniable that what should be a criminal investigation has been reduced to an investigation of corruption.

The second part of president’s speech deals with the belief that the organizations that investigate bribery and corruption, i.e. CID, FCID and Bribery Commission, are being influenced by politicians and that these investigations are being used to fulfil political agendas. The President insists that he does not call the commissions or other investigative bodies but he also implies that some elements are influencing investigations. Who are there elements that attempt to influence these institutions? President’s statements imply that, it is the leadership of the UNP that does such things. Given below are the factors which lead to such an allegation.

1. Basil Rajapaksa, who left the country soon after the January 2015 Presidential Election, has become a main political player in the country today. How can a man who faces serious charges of bribery and corruption like Basil Rajapaksa engage in politically freely without any fears? For example there is evidence that the controversial land that in Malwana, allegedly owned by the Basil Rajapaksa, was a property of Thiru Kumar Nadesan who was a close ally of Basil Rajapaksa. Nadesan is now a close friend of the Prime Minister and he spends a significant amount of time in Temple Trees. ACF has repeatedly asked why Nadesan has not been questioned over this issue. Tomorrow (14) is an important date in the court proceedings of this land issue. (See the image attached)

2. The abrupt disruption of the COPE investigation on the Treasury Bond issue and the transfer of the officer in charge of the investigation carried out by the Central Bank are serious concerns. When a whistle-blower released the report on Central Bank’s investigations on the Treasury bond issue, steps have been taken to uncover who leaked the report. But those involved in the treasury bond scam have escaped any punishment, some have even been granted senior positions. Will nothing be done on the most serious financial irregularity which took place under the current administration?

3. Recently Bribery Commission filed a case against State Minister A. H. M. Fowzie for the alleged possession and use of a vehicle owned by the Disaster Management Centre, while serving in the capacity of Minister of Disaster Management. Fowzie is a close ally of the President and a number of SLFP MPs are angry at the fact that Fowzie has been targeted for a small (if we look at the issue in monetary terms) issue when it has been revealed that close to Rs 8 trillion has been embezzled during the previous government. SLFP MPs have repeatedly told President that the progress on serious financial crimes are painfully slow. (Let me reiterate that I completely support any action against ministers who have misused property.)

4. Daughter of Deputy Minister Priyankara Jayaratne has been transferred to his staff from another branch of government on secondment basis. A secondment is where an employee temporarily transfers to another job for a defined period of time for a specific purpose, to the mutual benefit of all parties. This is a common practice in the government sector. An investigative body is attempting to take action stating that releasing her on secondment basis is illegal. SLFP MPs claim that it would be soon impossible to recruit people for their personal staffs. Why would a commission that thinks a secondment is a reason enough to take an action against a person, not taken such a proactive approach against those who have carried out serious financial irregularities. (Let me again emphasize that I am not against this investigation on Jayaratne’s daughter.)

5. President had intervened on 11 October to prevent the establishment of a Payment Gateway, by the Finance Ministry and ICTA, to collect taxes bypassing the Central bank. The Central bank has now issued a statement on 12 October stating that the payment gateway should be implemented through the institution. The president’s intervention prevented a potential financial disaster according to professionals like Former Deputy Governor of Central Bank and renowned economist Dr. W.A. Wijewardena.

6. Without political mediation why have action against Wimal Weerawansa and Sashi Weerawansa been painfully slow?
There are plenty of evidence against these two.

It is obvious that there are the reasons why the President expressed his displeasure at the behaviour of independent commissions. As members of the civil society we applaud all actions taken against corrupt individuals. But can the President, as a party leader and the head of the
Cabinet, take a similar path? How realistic is that expectation?

A member of a commission met President Sirisena a day or two before members of the Rajapaksa family was arrested. However the person has not informed the President that such an arrest will take place (according to the President.) But these meetings have given the impression that it was the President that directs the attacks on the Rajapaksas, the SLFP MPs believe. Can we forget that this is extremely sensitive to a politician who has to answer to his party?

The third part of the president’s speech, regarding the judiciary, at a time when all the proposed restructuring initiatives have been stifled, is based on reality. Thousands of people, who face charges that can’t be proven, are languishing in jails for years. The ministry of Justice, Attorney General and the Judicial Services Commission have not done anything to address this situation. However the example taken by the President to prove this point was not very judicious. And as a person who has fought for those who have disappeared, at a time when such stances invited severe punishment, I can’t easily forgive the statement made by the President. 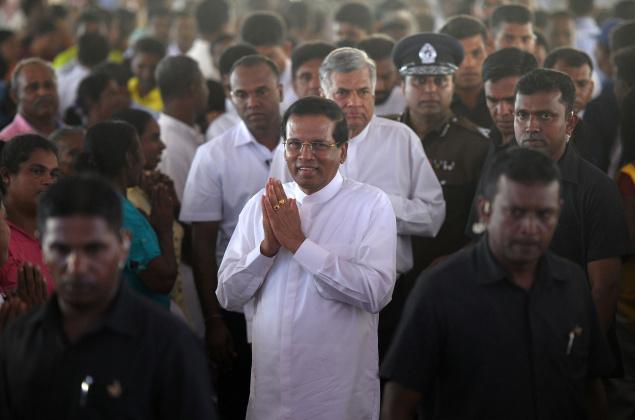 The President’s speech contained many salient points and that an open debate on the state of investigation, the role of the commissions implemented by the 19th amendment and the state of the judiciary is vital. While admitting, that president used two bad examples to prove several excellent points should not mean that we must not start that debate or end all our hopes on criminal investigations.

This should also not be the beginning of the end of the government’s progressive agenda. It is only through this, debate, that we can protect the independence of these commissions that we fought so hard for.

What is known as the “deep state” is still operational in the Sri Lankan government. Within Sri Lankas security forces structure, government bureaucracy, political circles and business groups are interconnected Persians involved in criminal activities to perpetuate their own power and increase their wealth. Regardless of regime change, this group continues to operate and affect good governance reforms with their own “selective” agenda. President Sirisena grows increasingly frustrated when he encounters such stiff resistance from within his own state and political machinery.

Image below – The deed of the Malwana land. Who is preventing the questioning of so called owner till JANUARY 15th? 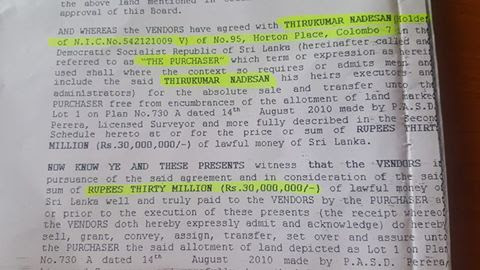